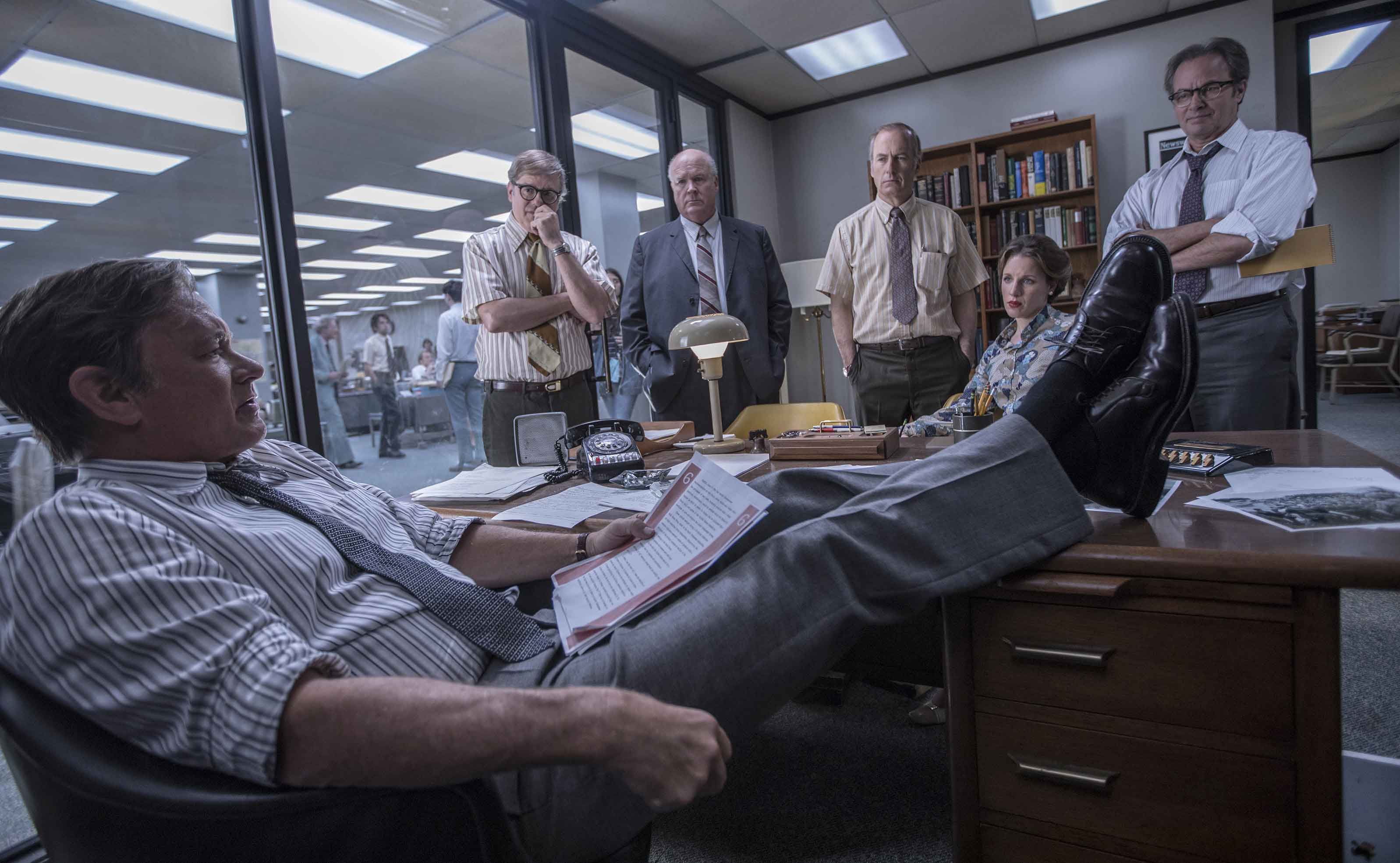 ``In a movie preoccupied with the journalist’s instinct to sniff out a story, Spielberg can’t seem to find one himself.``

Spielberg! Streep! Hanks!!! Never mind the quality; just feel the prestige! No need to check the calendar. If Oscar bait like The Post is doing the rounds, then it must be awards season.

Washington of 1971, and whistleblower Daniel Ellsberg (Matthew Rhys) has leaked the Pentagon Papers to the New York Times. Before The Times can publish the top secret report, chronicling in detail the no-win reality of US forces in Vietnam, Nixon slaps the paper with an injunction. Ben Bradlee (Tom Hanks), editor-in-chief of the rival Washington Post, obtains a copy of the report. Bradlee wants to publish and be damned, forcing the Post’s owner and publisher Katharine Graham (Meryl Streep) to choose between personal loyalty and professional duty (and some possible jail time).

Muzzling of the free press by clandestine government forces has been a staple of New Hollywood from The Parallax View in 1974 right up to the stunning Spotlight in 2015. With the fourth estate under attack as never before, this story of a US president seeking to bury the truth and sell his own fiction to the people should be utterly essential. The sad truth is that The Post is far too toothless and dull to provoke anything more than apathy.

Things take a very, very long time to get going. It’s a good hour before all the key players are introduced and the various pieces are set in motion. After a lot of board meetings, stock talk and waiting around, the stakes are eventually established but the film never finds its momentum. There is a distinct lack of urgency and precious little tension. How ironic that, in a movie preoccupied with the journalist’s instinct to sniff out a story, Spielberg can’t seem to find one himself.

Spielberg has never been a subtle filmmaker, and nobody can pull off the grand gesture better than he. But never in the course of a very long career (The Post is his 30th feature) has he ever been quite this clumsy. Spielberg can usually be relied upon to manipulate emotion and pluck the heartstrings like a master.

But here the instrument is out of tune. The overtures to gender politics come off as cack-handed and patronising, and the message isn’t so much alluded to as beaten within an inch of its life. Over and over again, just in case we missed it the first time.

Between the three of them, Spielberg, Streep and Hanks have a staggering 41 Oscar nominations (and eight wins) to date. No doubt all three will receive further nods when this years’ nominations are announced shortly. In truth none of them – Streep and Hanks in particular – should even be part of the conversation. Streep’s “process” is showing, but at least she’s stopped singing for ten goddamned minutes. Hanks doesn’t convince in the role of Bradlee either. His is not a performance as much as an impersonation, and a rather poor one at that.

The camerawork is flat and pedestrian. Longtime collaborator Janusz Kamiński is given nothing more dynamic to point his camera at than some rolling newspaper presses. Closing on the break-in at the Watergate – in practically a shot-for-shot reproduction of the opening scene of All The President’s Men – is obviously intended to insert The Post as a quasi-prequel to Alan J. Pakula’s classic. All it does is to remind us of a far superior movie.

There is no sense of dread or peril. There’s no 1970s paranoia. When the shadowy government figure is Graham’s best buddy and frequent house guest, the tension isn’t exactly palpable. What it all boils down to is to publish or not to publish, and the consequences are basically a really rich woman being put into a slightly uncomfortable social quandary. This is a worthy story but the execution is oh so dull.

Nixon’s resignation was the final coffin nail in the American dream. It was the catalyst that inspired new breed of filmmaker to storm the doors and burn down the old guard. Perhaps we’re not yet deep enough into this new age of fear and loathing for Hollywood to have caught up. Perhaps Spielberg is not the guy. But The Post is just too nice for its own good.