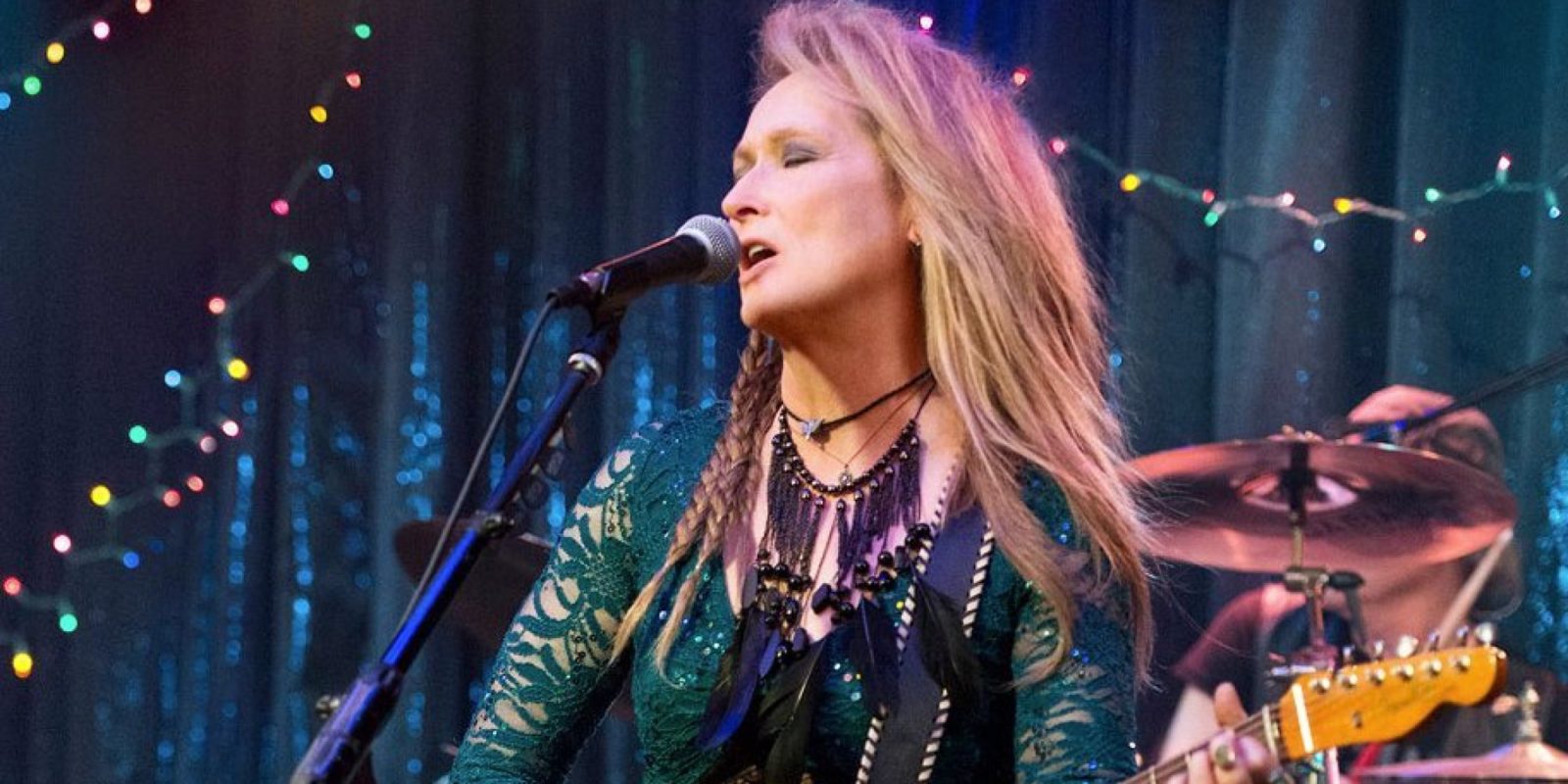 RICKI AND THE FLASH

If Demme had followed up Stop Making Sense (1984) with Berlin instead of Talking Heads, this is what it would look like.

What on earth has happened to Meryl Streep? As a representative for women in Hollywood and an advocate for wage equality, her extratextual work has been far more substantial than any of her recent work in front of the camera. Since the execrable Mamma Mia (2008) Streep has squandered her talents in an increasing number of musical comedies. And it’s a shame. Like Robert De Niro’s post 9/11 output, it seems as though one of the finest actors of our generation has decided to give up on the weighty stuff and just kick back. What if Stephen Hawking suddenly thought, “screw quantum physics, I want to blog about the Kardashians.” On the evidence of this latest disappointment it’s a trend that shows no signs of abating.

In this clunking musical melodramedy, Streep plays the former Mrs. Linda Brummel – a woman who walked out on her husband, three children and comfortable life in Indianapolis to chase the dream of rock stardom out in La La Land. Linda changed her name to Ricki (with an “I”) and now fronts a glorified wedding band (bizarrely consisting of Rick Springfield, Neil Young’s bassist and the keyboard player from Parliament Funkadelic). When Ricki’s estranged daughter is dumped by an adulterous husband, she gets an out-of-the-blue phone call from ex-husband Pete (Kevin Kline) begging her to return home and coax Julie (Mamie Gummer) out of a depressive withdrawal. Pete appears to be an astute, successful guy, so we’re left to speculate as to why he would ever imagine that his suicidal daughter would benefit from the sudden reappearance of the mother that abandoned her as a child. But credibility is the least of the film’s problems.

Ricki and the Flash is a film of two halves. The first half is a promising family drama with a compelling premise and engaging set-up. The other half is mired in mullets, leather waistcoats and “Sweet Home Alabama” good ole boy hogwash. And this, sadly, is the half that wins out. This is Streep’s party, so if she wants to strap on some leather trews and do Springsteen covers, that’s exactly what she’s going to do. Appetising strands of conflict are introduced then whitewashed over. Either vast swathes of development ended up on the cutting room floor or Diablo Cody’s undercooked script is deeply flawed. Gummer excels with the scant material she’s given, but her character is soon forgotten as Julie’s despair is fixed with a haircut and a pedicure. Much is made of Ricki’s inability to commit to her on/off boyfriend, but this situation is resolved without explanation in a single scene and a few throwaway lines of dialogue.

The scant amount of story would struggle to sustain a trailer, but is padded out to feature length with songs. Oh so many, many songs. And not just snippets either (if ever a movie was begging for a montage, it’s Ricki and the Flash). One awful song follows another, and it starts to resemble a bad concert movie. The whole sorry mess is wrapped up with a cathartic singsong. If Demme had followed up Stop Making Sense (1984) with Berlin instead of Talking Heads, this is what it would look like. Ricki and the Flash feels like a contractually-obliged straight-to-video Kris Kristofferson vehicle from the 1980s. To be fair, Streep looks like she’s having a ball. At least someone enjoyed themselves. Let’s get serious, Meryl – enough singing.

RICKI AND THE FLASH - Screentime.ie