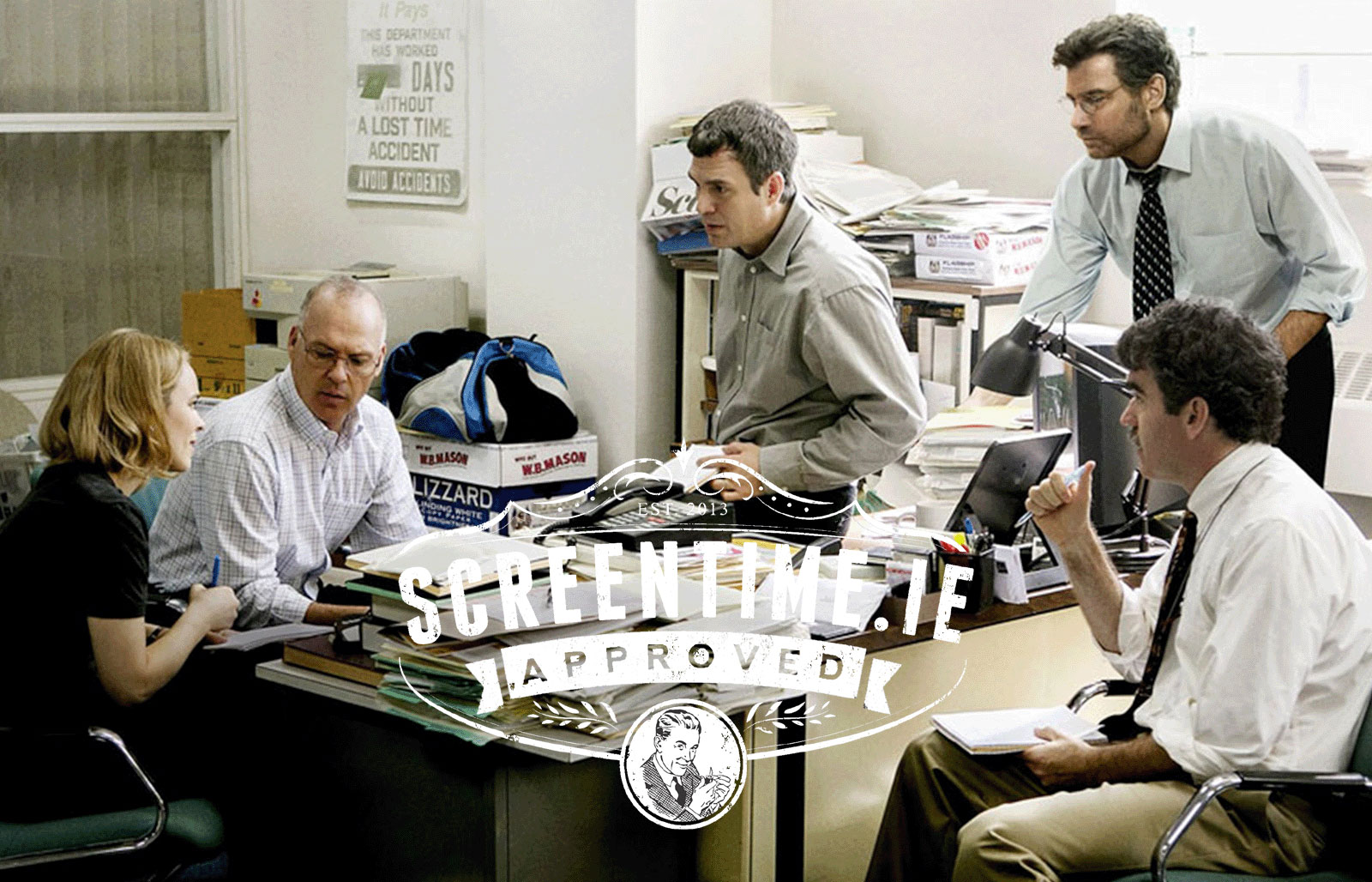 McCarthy allows the facts to speak for themselves.

A quick look through the local multiplex listings should be enough to tell us that we are knee-deep in awards season. Instead of the usual tent pole fare, big screen real estate is currently occupied by transgender biopics, epic period dramas and worthy comedies about the global economic crisis. Todd McCarthy’s Spotlight is one of the last big Oscar-baiting movies to arrive on a wave of hype before we get back to the business of big-budget spandex hooey. But is the hype deserved?

Spotlight is the story of widespread systematic abuse of children by the Catholic Church, the subsequent cover-up by the Vatican, and the team of investigative journalists at The Boston Globe who broke the story in 2002. The Spotlight team, headed by Walter Robinson (Michael Keaton), pick their own projects and employ a meticulous research methodology with stories often taking a year or more to put together. The story of a Catholic priest with a number of sexual assaults against minors comes across the Spotlight desk in 2000. Instead of facing a conviction, the case is buried and the priest moved on to another parish.

The enormous influence and authority of the Church in Boston sees internal and external forces working against the paper running such a potentially volatile story. The Globe’s new editor-in-chief, Marty Baron (Live Schreiber), is an enigmatic presence, and Robinson is unsure if he will turn out to be an ally or a cost-cutting conformist. But the deeper the team dig, the more victims come forward. The number of paedophiles operating within the Church soon rises from one to 90, and the final figure uncovered ends up at 6%, a ratio described as a “recognisable psychiatric phenomenon.”

McCarthy takes a far less sensational approach in comparison with Alan J. Pakula’s All the President’s Men, but Spotlight is every bit as compelling as that gold standard of investigative journalism thrillers. It is certainly a slow burner, but when it hits, it hits hard. Just as the Spotlight team carefully put their story together, McCarthy takes a conscientious approach to laying out the narrative, allowing the facts to speak for themselves. Each member of the team is left with feelings of guilt and inadequacy for not acting sooner, with Robertson himself admitting culpability for ignoring the story when it had had emerged years before.

Keaton is unassumingly authoritative presence as the team leader, but Spotlight is an ensemble effort with a cast to die for. Mark Ruffalo is probably one of the most consistently accomplished mainstream actors working today, and I could happily watch him in a Michael Bay-directed musical. Once again, Ruffalo is dependably tenacious as passionate firebrand reporter Michael Rezendes. Rachel McAdams gives a subtle, assured performance in the role of fellow reporter, Sacha Pfeiffer.

Given the abhorrent subject matter, widespread appeal seems like a poor choice of phrase. But in light of the rampant abuse perpetrated by the Irish Catholic Church, Spotlight should resonate as strongly here as it has with audiences overseas. Ultimately McCarthy’s film is as much about journalism itself as it is about the Church’s systematic abuse of children. The diligent methodology of the Spotlight team is a reminder that time is a rare commodity for today’s journalist. In an age where the practice of “print first, verify later” is standard and clickbait is king, this old-school approach to research is sadly becoming extinct. You have to wonder what else has been lost in the pursuit of instant gratification.

THE QUEEN OF IRELAND