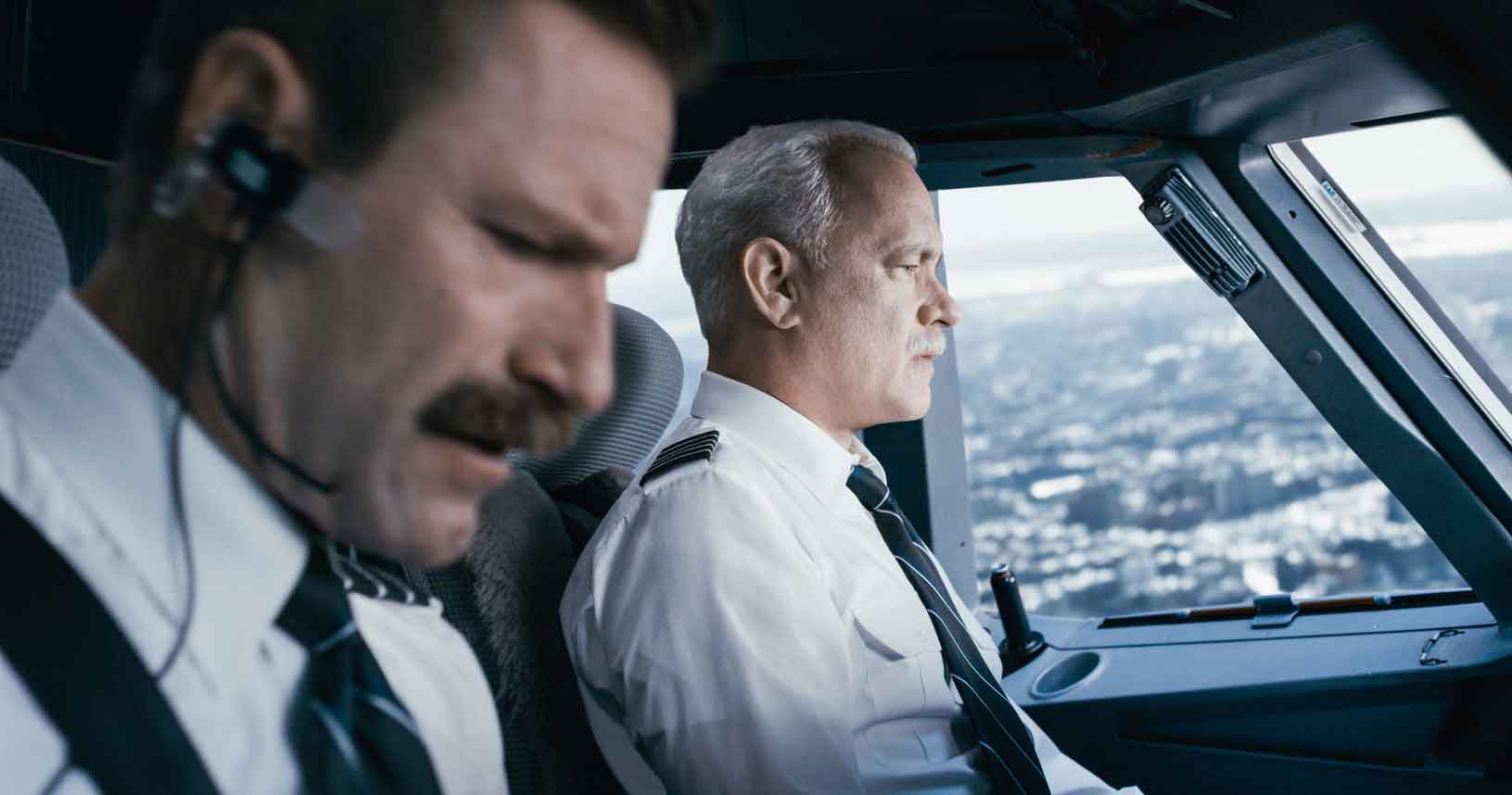 ``Sully is a great story but it’s not a great movie.``

Once again, Clint Eastwood turns his director’s gaze to another all-American hero. Sully isn’t as problematic – or as downright vulgar – as the right wing propaganda of American Psycho… sorry… American Sniper, but it’s still not a success.

The veteran director’s 35th film is based on the extraordinary incident of January 2009, when Captain Chesley “Sully” Sullenberger (Tom Hanks) landed an Airbus twin-engine jetliner on the Hudson River without the loss of a single life. Within moments of take-off, a bird strike incapacitates both engines at 2800 feet (which is quite low). With the plane descending rapidly and without the altitude necessary to return to LaGuardia, Sullenberger decides that the “least bad option” is to try and set the plane down in the icy waters of the Hudson.

That he manages to do so without harming any of the 155 lives on board is nothing short of a miracle, and he is hailed as a hero in the media. But US Airways are a bit miffed about the loss of a plane, and the National Transportation Safety Board hold Sullenberger and co-pilot Jeff Skiles (Aaron Eckhart) accountable for the incident. During the ensuing inquest, both pilots find their professional reputations at stake.

Sully is a great story but it’s not a great movie. The problem is that Eastwood never seems to find an “in”.

He is obviously compelled by this character and committed to telling this story, but he can’t find a way of connecting the audience with the drama.

Naturally the crash itself is what will draw most people to the movie, and it is certainly a riveting sequence. But in real time it played out in less than four minutes from take-off to bird strike to crash (or “forced water landing” as Sullenberger would have it). So the incident is replayed a number of times from various perspectives with the impact slightly lessened each time. Nevertheless, the ground-based spectators’ viewpoint is eerily gripping, with New Yorkers understandably jumpy about the sight of a plane descending through the city at low altitude.

On the face of it, the inquest angle should put some meat on these bones, but in the end this amounts to just so much hot air (“Sully, you made a mistake. Actually on second thought, no you didn’t. My bad. Thanks a lot”). Of course Hanks is as dependable as always, but he doesn’t exercise any unused muscles here. He might yet break Cary Grant’s nice guy record, but this role isn’t much of a stretch for Hanks. On the other hand, Eckhart should be a shoo-in for best actor in a supporting moustache.

Sully is a tight story, but it’s all rather flat and very pedestrian (oh, the irony). It’s unlikely to be a hit on the secondary in-flight entertainment market.