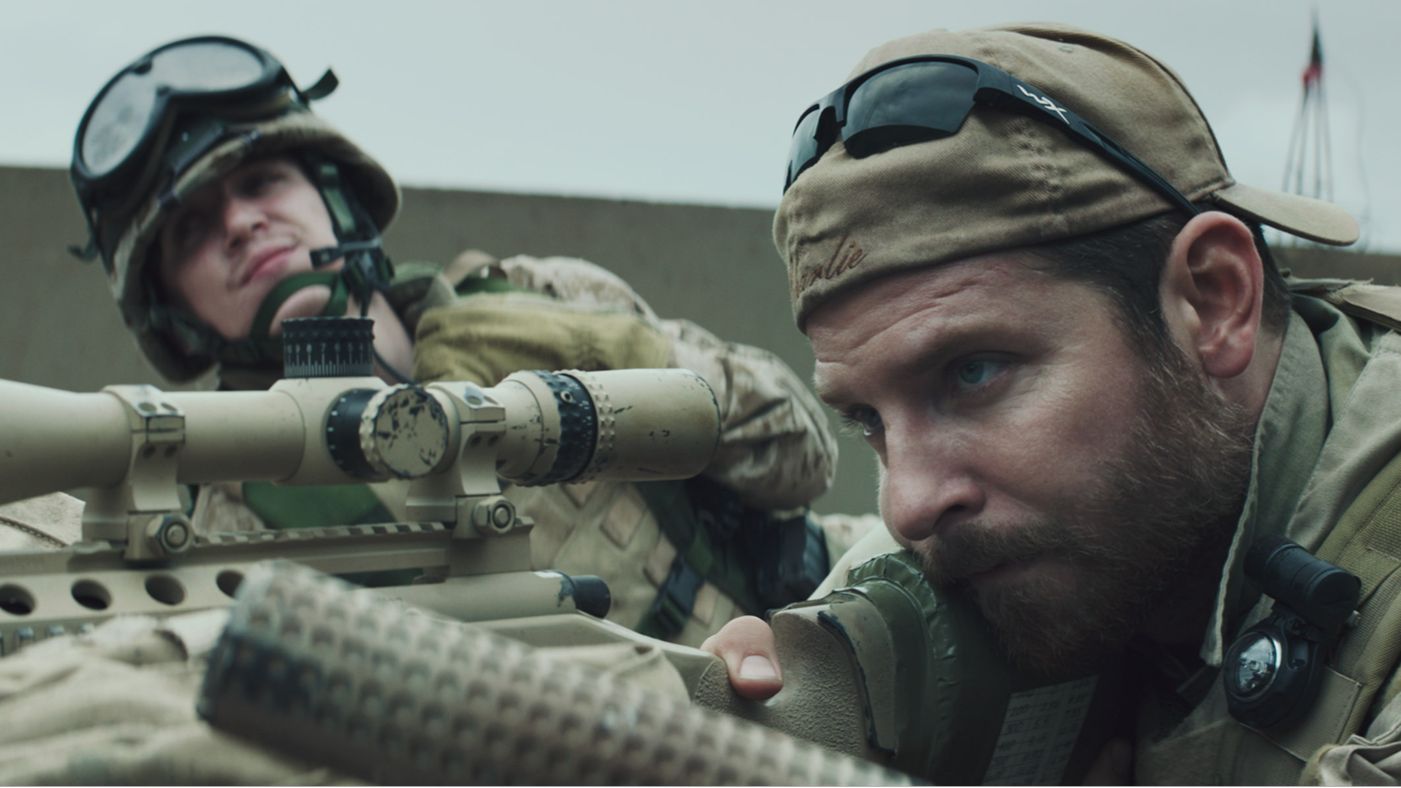 The recent tragic events in Paris serve as a reminder of the drastic change we experienced in the aftermath of 9/11. During the ensuing War on Terror, the US tried to change opposing ideologies through military incursion rather than dialect and ideological debate. But attempting to win over “hearts and minds” by bombing a nation into dust is a foolish endeavour. In this context the invasion of Iraq was an unwinnable conflict that contributed considerably to the ever-present threat of global terrorism. The Iraq War turned into another Vietnam, and America is a nation still trying to come to terms with its place in the post-9/11 world. American Sniper contributes to an ongoing process of codifying the US military’s failure in Iraq into the perception of a victory. It offers simple answers to all the wrong questions.

Clint Eastwood’s 34th feature as director is the story of Chris Kyle, the deadliest sniper in US military history. With over 160 confirmed kills over four tours of duty in Iraq, Kyle was very good at his job. In his autobiography, Kyle makes no attempt to hide the fact that he loved being a soldier and thoroughly enjoyed the act of killing (although he was prone to hyperbole and his memoir contains many unsubstantiated admissions). However, such unfettered cruelty would be unacceptable to a mass audience, and the dramatized character is shown as conflicted by the acts he is forced to carry out. The film attempts to temper Kyle’s rampant egoism and arrogance with a sensitivity which, in reality, did not exist. In a fiercely propagandist piece, it is an unconvincing attempt at providing a sense of balance.

Apart from a few infamous insurgents and a super sniper called Mustafa, the Iraqi people are relegated to non-speaking, unnamed “savages.” Kyle’s simplistic moralising places everyone in the binary positions of either good or evil. We are shown how these values were instilled in the young Kyle by his father during an early scene where he recounts a biblical parable involving wolves and sheepdogs.

It’s supposed to educate the child about the importance of protecting the weak against bullies, but Kyle seems to completely misinterpret it. As far as he is concerned, any “military aged” Iraqi male is there to kill him, and therefore a potential target. Eastwood makes no attempt to surpass the scope of Kyle’s limited perspective, and this blinkered philosophy permeates the film’s overarching ideology.

Throughout a long and varied career, Eastwood has demonstrated a knack for picking interesting material and moulding it into a finely-crafted product. In theory, the conceit of a sniper’s perspective of the Iraq War is ripe with possibility. There is a relentless tension and sense of impending dread in even the calmest of moments. Unfortunately this approach is soon abandoned when Kyle comes down from his godlike sniping position and begins a house-to-house campaign. From this point on, American Sniper becomes another run-of-the-mill war movie, or a level from Call of Duty: Modern Warfare. The denouement is weakened by a number of clichéd tropes, including a magic bullet rendered in slow motion and a last-minute, “here – take my hand” getaway. But for all its shortcomings, the acting cannot be faulted. Cooper gives a firmly committed performance and Sienna Miller is an actor improving with every role. She does her best with clunky dialogue like “even when you’re here, you’re not here,” and is arguably the best element of the film.

American Sniper is the most political film that Eastwood has ever produced. It is curious that this avowed Libertarian – opposed to US military interference overseas – should try to offer an ethical justification for the US invasion of Iraq or deliver such a flattering portrait of a violent individual. Judged on its own merits, American Sniper is a passable thriller, but the unsubtle right-wing prejudice makes this task almost impossible. One can’t help but be slightly unsettled by the aggressively conservative agenda. No doubt it will play well in Republican strongholds on home soil. How it is received elsewhere will depend strongly on the viewer’s capacity for flag-waving jingoism. “Hooah” indeed.