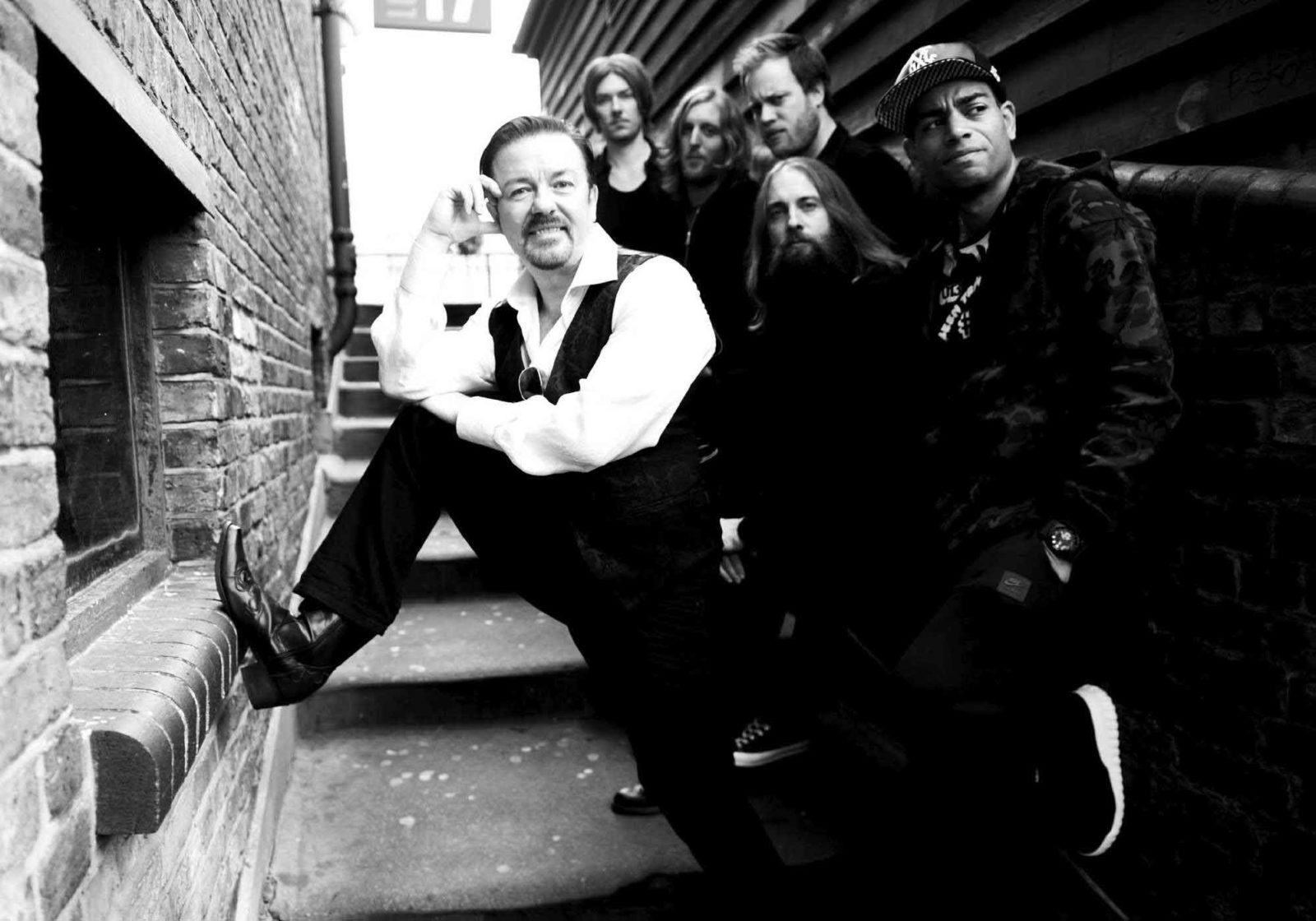 Makes you want to punch something.

It’s hard to believe that the entire run of The Office was just two short seasons (and two specials).  Since the UK sitcom finished up in 2003, it is still highly regarded by comedy fans and regularly appears on “Best Sitcoms of All Time” lists alongside Seinfeld and The Larry Sanders Show. In fairness there have been flimsier excuses for big-screen adaptions of small-screen comedies, but has anyone really been sitting around for the last 13 years wondering what happened to David Brent (Ricky Gervais)?

Well wonder no more. Since leaving Wernham Hogg, Brent’s been on a bit of a downward career trajectory. He’s no longer in middle management and is now a lowly sanitary product sales rep. But Brent still harbours dreams of making it big as a rock star, so he quits the day job, packs up his maracas and snow-washed denims, and sets off on an eight-date world tour of Reading. He’s funded this folly by cashing in his pension, and hired a bunch of young musicians to fill out his turgid songwriting. These guys are happy to take Brent’s money but draw the line at talking to him. Despite all the gigs being within a 10-mile radius of his house, he’s also forked out for hotel rooms and a lavish tour bus – which he is not allowed on.

First and foremost, this is a David Brent movie, not an Office movie. There’s no Martin Freeman or Lucy Davis to dilute the abrasiveness. But perhaps more importantly, former co-writer and collaborator Stephen Merchant has disappeared too. As writer, director and star, Gervais hasn’t allowed anyone close enough to rein him in, or tell him when it’s all getting a bit much.

Doc Brown almost manages to make an impression as Brent’s bewildered protégé, but he and the rest of the cast are nothing more than foils for Gervais’ endless nervous tics and cringe worthy logic.

Gervais is barely tolerable in small doses. His whole style of comedy is predicated on taking an uncomfortable situation and working it way past the point of breaking. He is suited to short-form TV such as Extras or The Office where he is not the sole focus, and it speaks volumes that most of the laughs dry up here after the 25-minute mark. In short, a little Gervais goes a very long way, and Life on the Road is an awful lot of Gervais.

Gervais is a performer, not an actor. Each of his characters is just a thinly-veiled iteration of his own personality. But hiding behind a character allows him a buffer; it gives him the excuse to separate himself (“It’s not me saying these horrible things; it’s David Brent”). This doesn’t make material such as “Please Don’t Make Fun of the Disabled” any easier to swallow, or to dispel the impression that there’s more truth in Gervais’ wannabe rockstar schtick than he’d like to admit. Don’t be too surprised if he comes out with a soul-baring country and western album and a plea to be taken seriously as an artist in the near future.

In a year that’s already produced rubbish like Absolutely Fabulous: The Movie and the Dad’s Army oddity, Life on the Road looks positively radical. It’s not wall-to-wall with celebrity cameos and the cast aren’t packed off on an exotic holiday (unless you consider Reading to be exotic). But your reaction to Life on the Road will very much depend on whether you’re a Gervais fan, or if he makes you want to punch something.