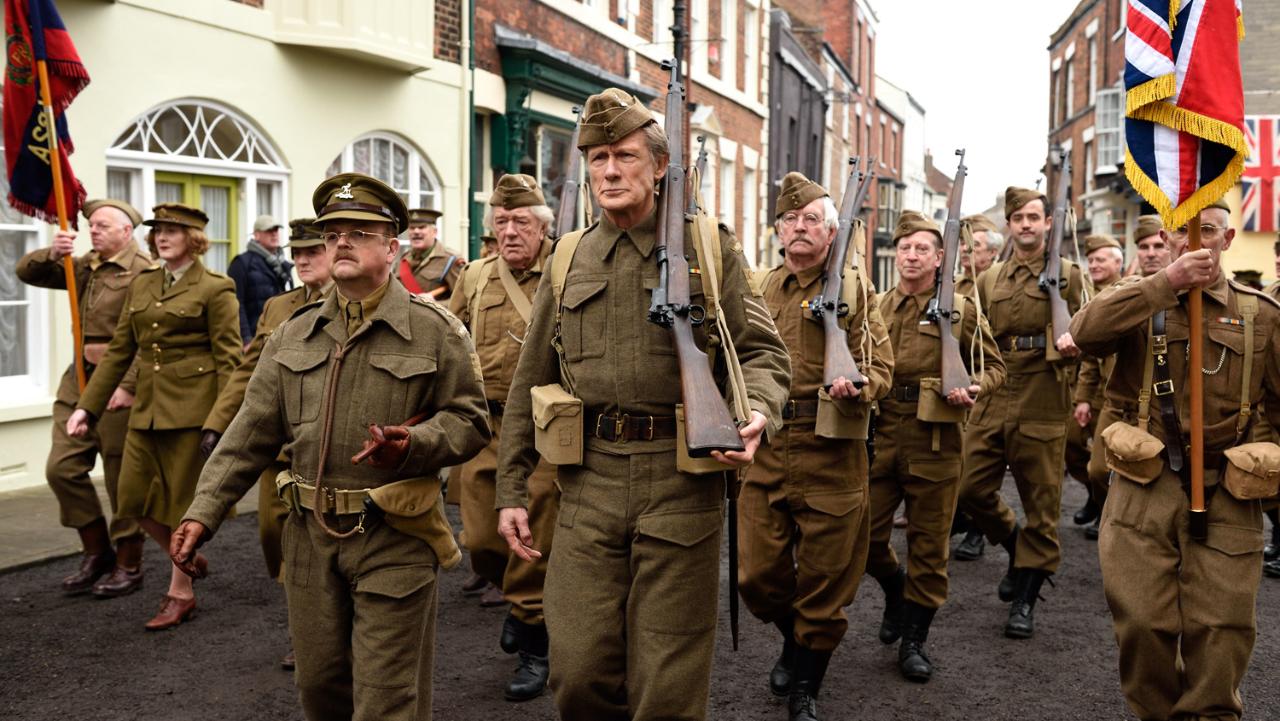 It is 1944 during the closing days of World War II. While the allies are preparing for a final push into France, the ageing home guard of Walmington-on-Sea busy themselves with insignificant drills and catching stray bulls. Orders to patrol the army outpost at Dover comes as a welcome morale boost for Captain Mainwaring (Toby Jones) and his men, as does the arrival of glamourous journalist Rose Winters (Catherine Zeta-Jones), but reports of an undercover German spy operating from the town spells trouble for the home guard.

It’s unlikely that fans of Jimmy Perry and David Croft’s classic sitcom will be offended by this remake, but they probably won’t enjoy it that much either. Attracting a new audience with this antiquated farce is equally improbable, so we must wonder who exactly this is aimed at. Dad’s Army is so slight and harmless that it’s simply impossible to get worked up over. The humour is so gentle that the jokes are easier to ignore than an ad for another sale at DFS Sofas. Oliver Parker (St. Trinian’s, Johnny English Reborn) is happy enough working through a checklist of catchphrases and antiquated, sitcom-of-errors setups. However, the cast is impressive and the replacements for the original 1970s gang includes some of England’s best. Toby Jones is an undisputed highlight, and Michael Gambon deserves credit for achieving much from very little, but honestly, they are wasted. Dad’s Army is a twee curiosity.