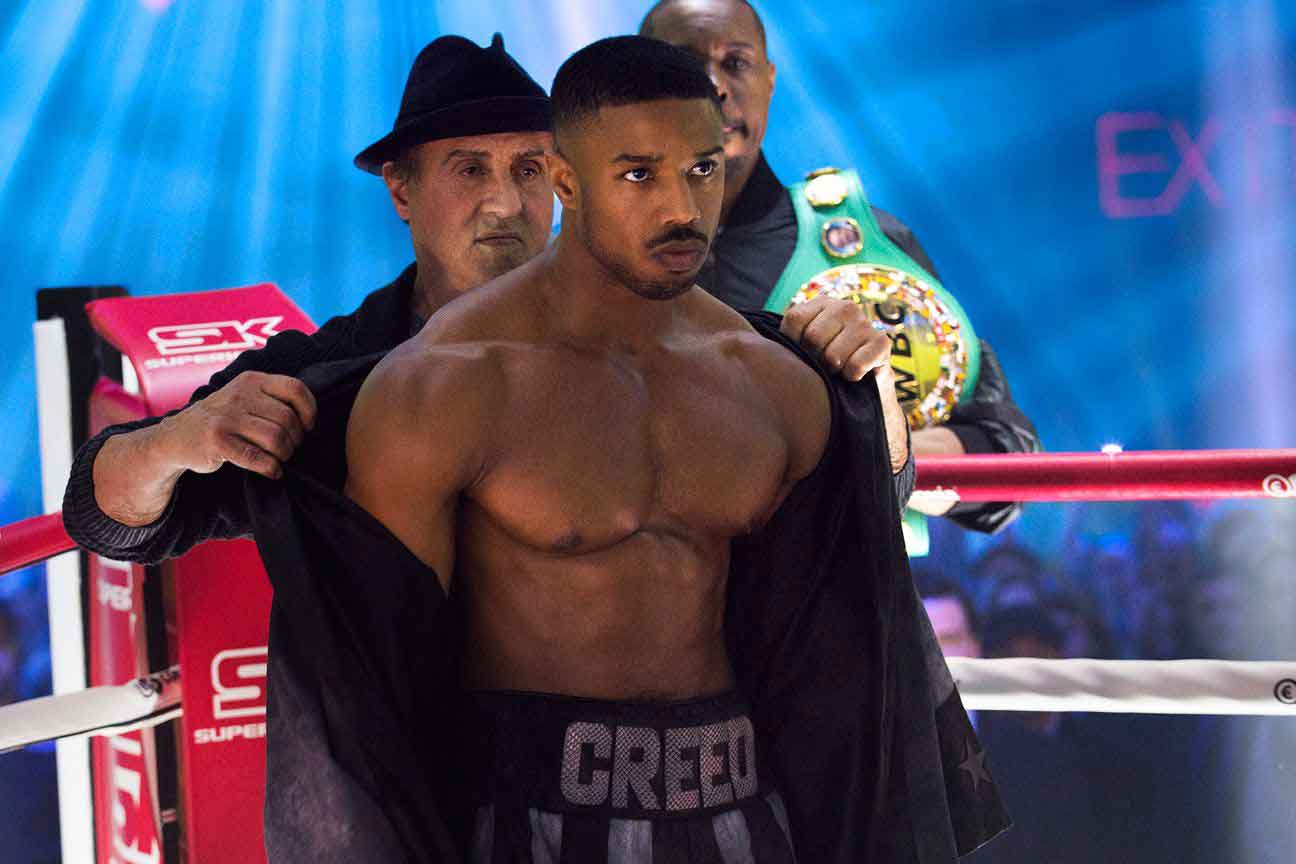 ``super manipulative, utterly predictable and cheesy as hell. I loved it.``

On its release in 1976, Rocky was one of a handful of movies that marked the start of the end of the New Hollywood movement. Sylvester Stallone’s Philly prizefighter is a character that grew up during the industry’s slow slide towards the blockbuster mentality of the 1980s. Over the course of innumerable sequels there were ups and downs. Rocky Balboa won, lost, retired, hibernated, re-appeared and disappeared again. Then Ryan Coogler re-lit the match with Creed in 2015. Against all odds, everything about it worked, and the last few years have been good. But then Coogler made a big cat picture that did rather well and got too big for this sequel. Enter sophomore director Stephen Caple Jr. who delivers more of the same, adopting the Led Zeppelin naming system for Creed II.

Adonis Creed (Michael B. Jordan) is at the top of his game. With fiancé Bianca (Tessa Thompson) expecting their first child and Rocky (Stallone) in his corner, Adonis has fought his way up to the World Title Championship. On the other side of the world, Rocky’s former rival Ivan Drago (Dolph Lundgren) is living in disgraced exile after his defeat 30 years ago. Drago is suffering from a serious bout of pushy dad syndrome. His son Viktor (Florian Muntineau) has been bred like a pitbull with a view to redeeming the Drago name back in Russia. When a shady promoter fixes a match between Creed Jr. and Drago Jr., Rocky refuses to participate and Adonis is out on his own.

Emotionally manipulative and churning out clichés by the bucket load, Creed II does just what you expect it to do. The beats are utterly predictable and the plot never deviates from the formulaic “lose, learn, win” pattern. And this is exactly as it should be. As long as it includes a training montage, there is a comfort in its predictability.

Kids of a certain vintage will get an enormous thrill from watching the De Niro and Pacino of the fantasy panto-sports genre face off again after all these years.

Now that we’re trundling back towards another Cold War hell in a handcart, it makes sense to bring back Lundgren’s Drago. In Rocky IV Lundgren’s character was drawn so thinly that Drago was barely an archetype. Here though as we see the multigenerational effects of his defeat, we almost feel sorry for him. As motivation goes it may be daft, but at least he has some motivation.

The dysfunctional Drago family dynamic takes a back seat to the ups and downs of the Rocky/Adonis bromance, but added attention is given over to Thompson and Jordan’s relationship. Both Adonis and Bianca are allowed a degree of growth that appears genuine and organic. Thompson does some fine work as always, managing to hold her own corner in the midst of all this testosterone. Jordan may get top billing here but once again Stallone is the emotional heart of Creed II. Stallone is a smart guy who’s really good at playing dumb, and it’s often easy to forget what a fine actor he can be given the right circumstances. He knows this character inside and out and there is an undeniable pathos to this “chunk of yesterday trying to be today”. As long as Stallone wants to keep returning to the role, I’m more than happy to keep watching him.

Jordan has bulked up considerably since the first movie, although he still looks minute squared up against the mountain-sized Muntineau. Given the obvious mismatch, Rocky’s advice that beating his opponent comes down to “who has more heart” seems disingenuous. Surely it’s a matter of hitting the other guy harder, faster and more often than he’s hitting you? Caple Jr. shoots these fight scenes in a functional manner that gets him where he needs to go, and Coogler’s creative visual flourish is missed. There is a workmanlike inevitability to what should be some of the movie’s stand out moments. Those glorious Bill Conti horns don’t kick in until deep into the final fight, but when they do it’s worth the wait.

Creed II is super manipulative, utterly predictable and cheesy as hell. I loved it.