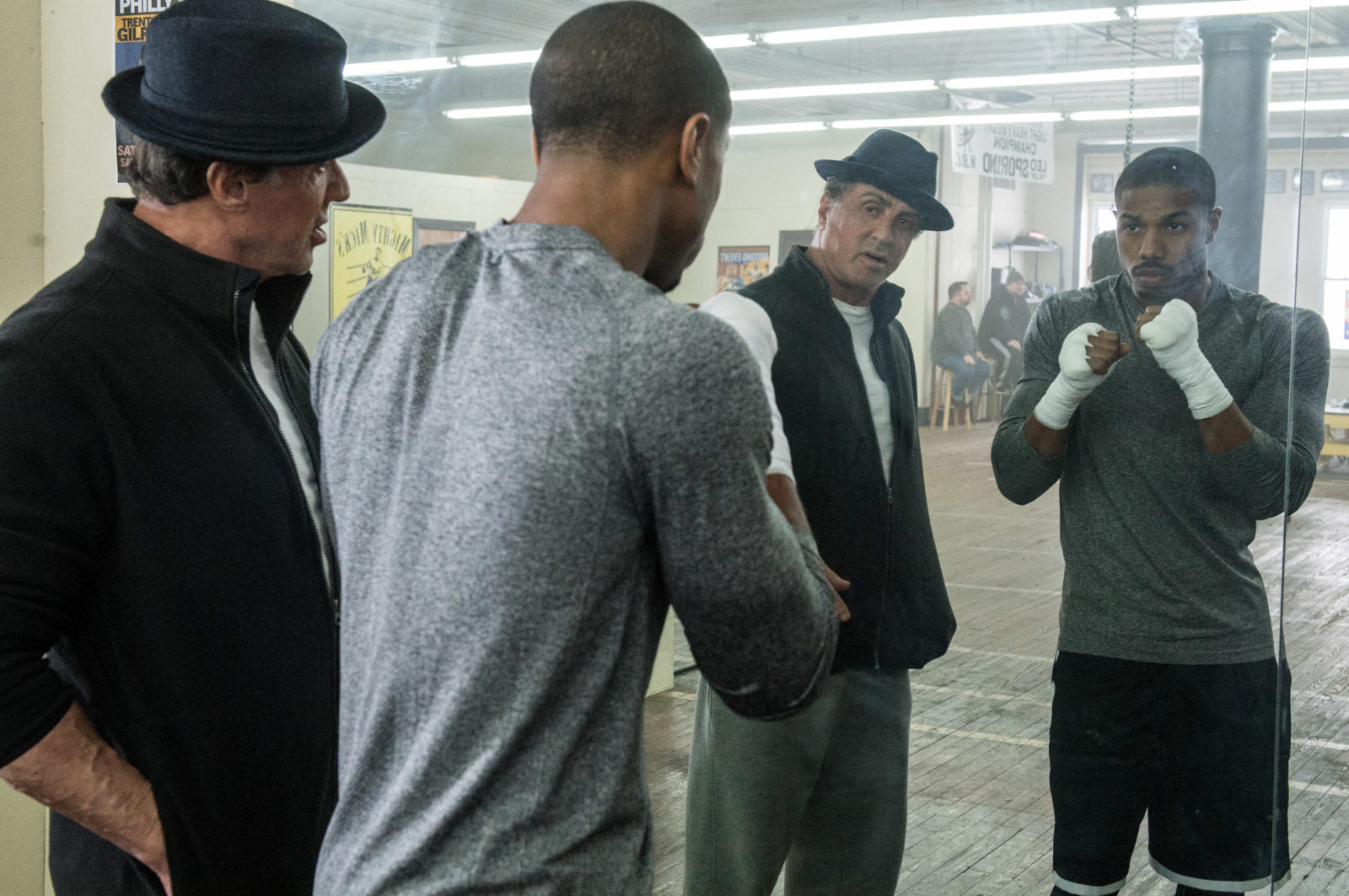 On paper, Creed looks like a very bad idea indeed. A cynic would look on Sylvester Stallone’s return to the role of Rocky Balboa as a feeble excuse to ease the transition over to a new franchise with some new blood. The Italian Stallion’s time has passed, and the last couple of instalments didn’t set the world on fire. It could easily have been an ill-conceived mess, so it’s a nice surprise to find that Creed actually works.

The new blood is Michael B. Jordan. As Don Johnson (not the Don Johnson), Jordan plays a white collar New York executive with a doting stepmother (Phylicia Rashad) and a good life. But Donnie’s got issues. His real name is Adonis and his father was Apollo Creed, Rocky’s bezzie mate who was killed in the ring way back in Rocky 4. Adonis has lived in the shadow of his father’s legacy since he was a child, but still dreams of a becoming a professional boxer. So he quits the day job and heads off to Philadelphia to track down Rocky.

However, Adonis’ daddy issues go beyond getting inflicted with a birth name that sounds like a brand of eau de toilette (pour homme), and Rocky must teach him that his biggest opponent is himself.

The good news is that Ryan Coogler’s movie isn’t a reboot, and Stallone is not here to tweak some nostalgia. Creed is a continuation of the Rocky Balboa story. Stallone’s role is considerable, and Coogler approaches the well-loved character with a genuine respect and dignity. Ludwig Göransson’s score is a little hip-hop heavy, but Bill Conti’s majestic original theme gets pulled out at key moments for maximum feels. Both Jordan and Tessa Thompson deliver multi-layered, compelling characters, but elsewhere the film suffers from the presence of sports personalities trying to act (former WBO Champion Tony Bellew is well out of his comfort zone as Creed’s main antagonist, “Pretty” Ricky Conlon). The finale manages to be bombastic and underwhelming at the same time, but most of what precedes it is a lot of fun. A middle act fight sequence is particularly impressive, presented as a single take (helped by some digital trickery).

And yes, it is montage-tastic.