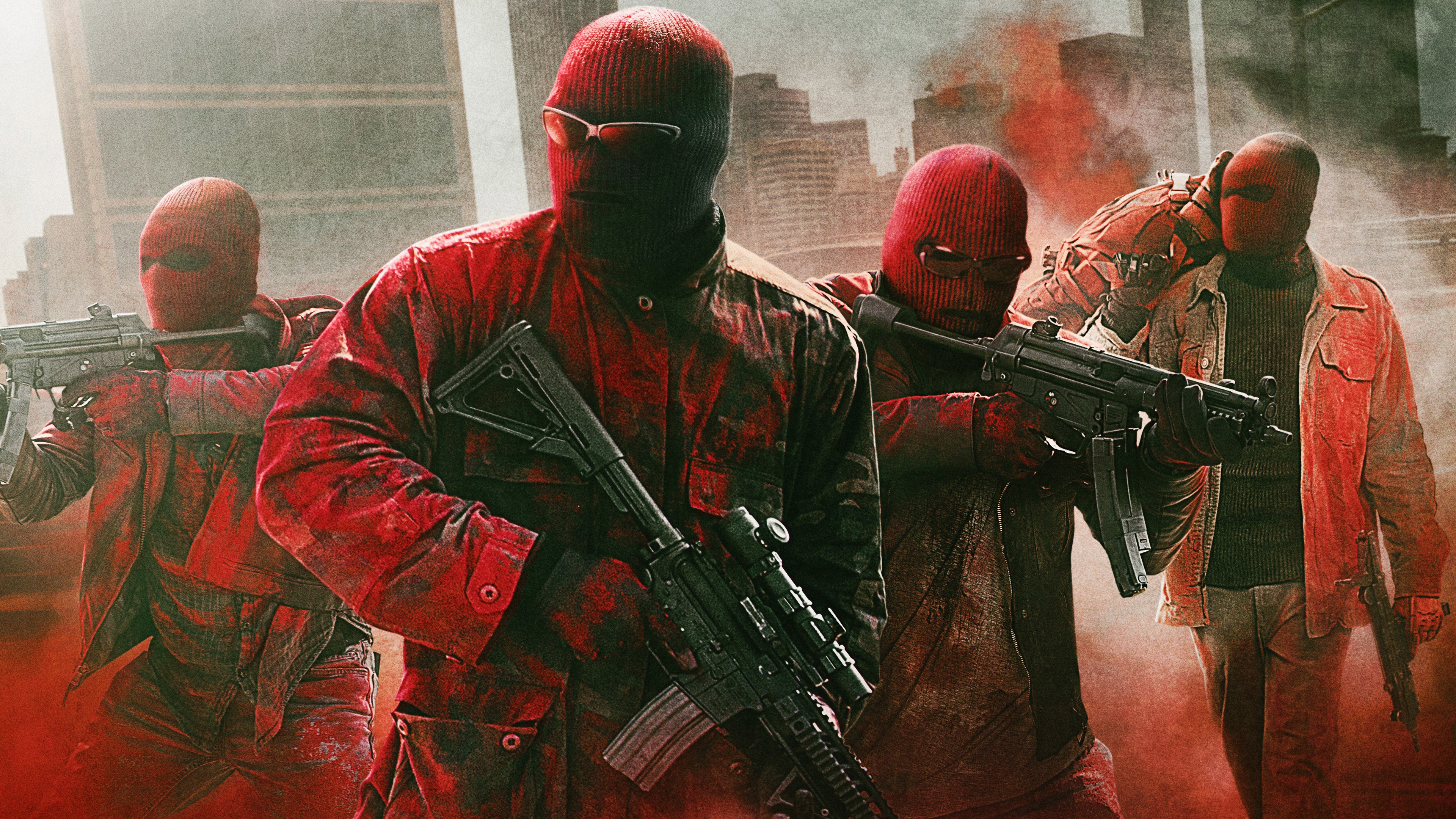 The action sequences are seriously impressive.

John Hillcoat’s follow up to 2009’s feel-good summer hit The Road is an altogether more crowd-pleasing affair. Triple 9 is a tense heist thriller, cut from the same rough cloth as Heat, The Departed and The French Connection, and proves the adage about honour and thieves.

Ex-military type Terrell Tompkins (Chiwetel Ejiofor) is the leader of a team of bank robbers comprising a bunch of corrupt cops. Tompkins is paying a heavy price for marrying into the Russian mob. His sister-in-law Irina (Kate Winslet) is a nasty piece of work, and is using his son as a bargaining chip to force Tomkins into carrying out a series of increasingly impossible heists. The gang’s next raid on a government facility has little chance of success unless the police can be distracted with a simultaneous “officer down” call-out. One of Tompkins’ men, Atwood (Anthony Mackie) suggests using his new rookie partner Chris Allen (Casey Affleck) as bait. By coincidence, Allen’s uncle (Woody Harrelson) is the detective pursuing the gang, but infighting and double crossing threatens to bring Tompkins down from within.

Triple 9 is a very manly movie, with manly men doing lots of manly things like shooting each other, driving fast and blowing things up. The multi-character narrative keeps at least six strands in play at once, and some ring truer than others. Winslet is obviously having a lot of fun as a vicious Ivana Trump-alike Russian oligarch, but Ejiofor’s reluctant crook is the closest we get to a credible, multi-layered character. Aaron Paul’s burnout crook is a mass of clichéd stereotypes whose sole function is to clumsily drive the plot where it needs to go. Similarly, Affleck’s protagonist is remarkably ineffectual. Allen is acted upon – swept along in the slipstream of surrounding characters – rather than exhibiting any agency of his own. And Woody Harrelson seems to have wandered on set after following the smell of pot. But the action sequences are seriously impressive, and come thick and fast. An early heist carried out in broad daylight is reminiscent of Michael Mann or Christopher Nolan. The set-ups of some latter sequences are better than the pay-offs, and the climax arrives not with a bang, but with a plausible whimper.