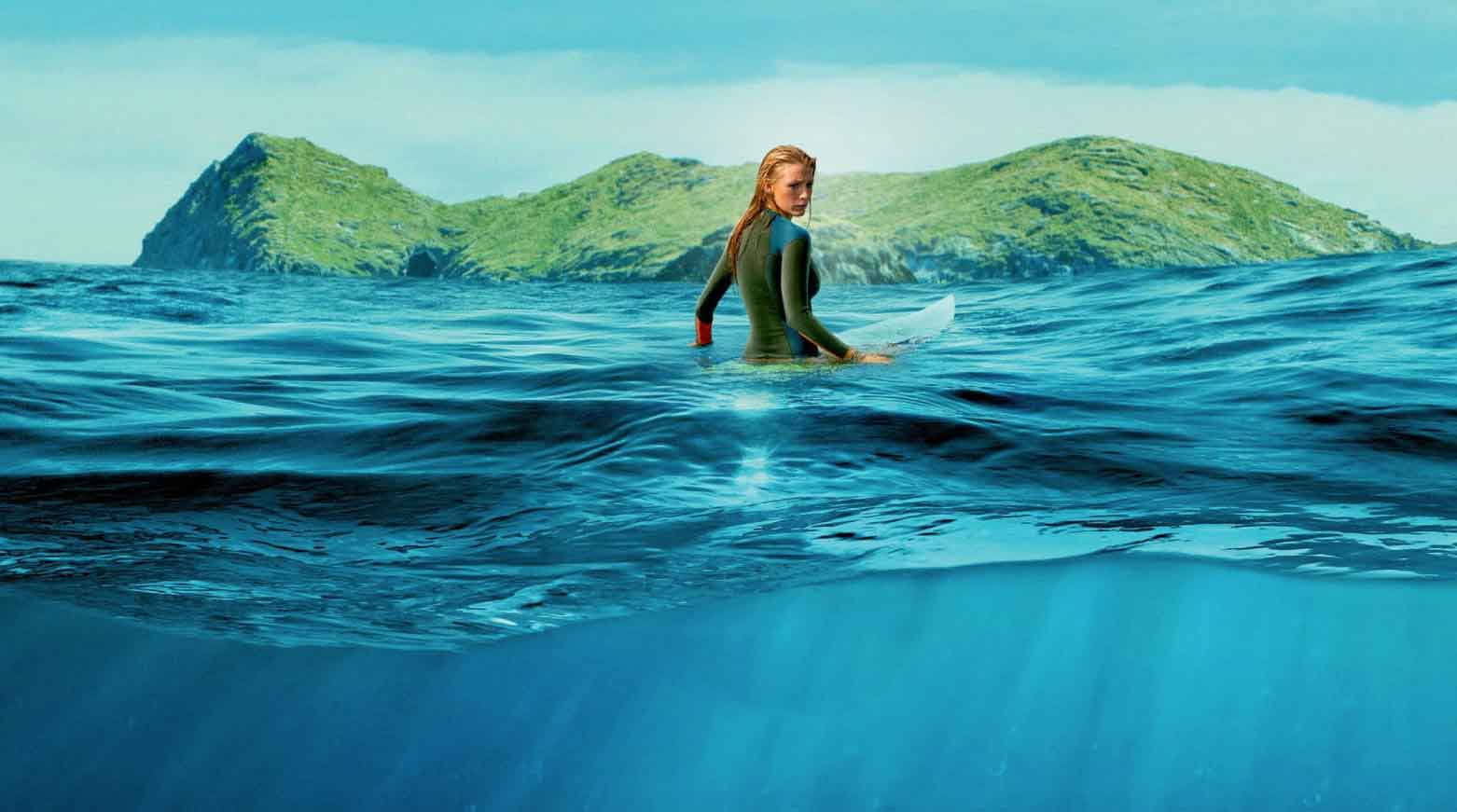 Unintentionally hilarious in all the wrong places.

Let’s get the Jaws comparison out of the way. Both films contain a shark. End of comparison.

The Shallows has more in common with Sharknado! than with Steven Spielberg’s early masterclass in suspense. There is a smart, tense, low-budget thriller somewhere in this story, but it’s nowhere to be found in the movie that Jaume Collet-Serra (Non-Stop, Run All Night) has made.

While on holiday in Mexico, Medical school dropout Nancy (Blake Lively) finds the same unspoiled beach that her mother visited when she was first pregnant. After spending a few hours surfing, Nancy is attacked by an enormous great white shark. With the tide rising fast and no way of calling for help, Nancy is left stranded on a small reef 50 feet from shore with a massive shark circling the shallow waters.

The Shallows gets off to a promising start, with a boy finding footage of a fatal shark attack on a helmet-mounted GoPro camera. When the helmet’s owner appears around fifteen minutes later, we know where things are headed. It’s a clever device, but unfortunately that’s as clever as things are going to get.

Collet-Serra doesn’t credit his audience with enough intelligence to follow the narrative without having every little detail explained.

The Spanish director’s frame is busier than a smartphone with every app running at once. So a simple phonecall becomes a mess of heads floating around the screen. Time passing is denoted by a watch face hovering like the disembodied head of Simba’s dad in The Lion King. And if Nancy isn’t talking to herself – and, by extension, to the viewer – then she’s talking to the shark, or a seagull.

Lively probably saw The Shallows as a taut one-hander that would offer the chance to show off her acting chops. But she is given little scope with the sheer amount of noise thrown at the screen. The actor mostly functions as bikini-filler. Combined with some questionable camera angles bordering on exploitation and the whole mess leaves an unpleasant aftertaste.

If the endless slo-mo sequences were ditched (all the better to objectify you with, my dear) The Shallows would probably run to a lean 30 minutes. Advertising executives will appreciate the first act, which looks the extended outtakes from an aftershave commercial (“Infesté by Dior”). After that, things get silly. Worse still, The Shallows is unintentionally hilarious in all the wrong places.

You’ll believe a shark can fly.