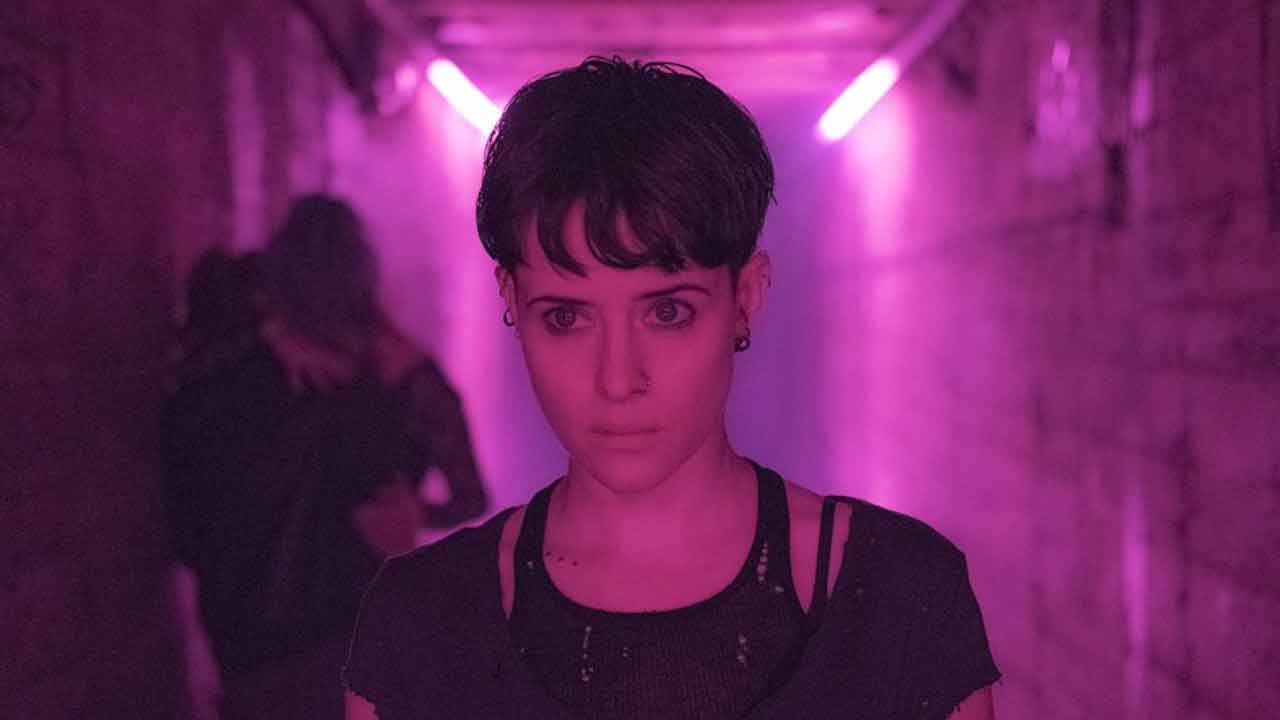 FILM REVIEW: THE GIRL IN THE SPIDER’S WEB

``squanders far more than it achieves``

What do Lisbeth Salander and Queen Lizzie 2 have in common? Not much on the face of it, but whoever thought to try out The Crown’s Claire Foy for the role deserves some sort of casting award. Following Noomi Rapace and Rooney Mara, Foy is the third actor to take on the role. It must be said that she is terrific and brings some fresh colour and an edge to the part, but that’s about all that The Girl in the Spider’s Web has going for it. Loosely based on the fourth Millennium novel (the first written by David Lagercrantz following the death of Stieg Larsson), this is a solid, unremarkable thriller that squanders far more than it achieves.

Now operating as a sort of vigilante superhero – avenging battered spouses and bankrupting douchebag businessmen – Lisbeth is hired by ex-NSA programmer Frans Balder (Steven Merchant) to recover a computer program capable of controlling every nuclear weapon on the planet. After successfully stealing the program (“Hack Pentagon Computer? Click Okay or Cancel”) Lisbeth is ambushed by a terrorist organisation called The Spider Syndicate. The criminal syndicate take off with the program, blow up her apartment and kidnap Balder’s son, forcing Lisbeth to confront parts of her past that she has long kept buried.

Spider’s Web is an odd proposition. It’s not a hard reboot, but rather it positions itself as firmly following on from events of both the original Swedish trilogy and David Fincher’s remake. So a sequel with the same characters but entirely new cast and crew. Like Home Alone 4.

It’s a slick, glossy thriller and director Fede Álvarez keeps the brisk pace moving from one unremarkable shoot-out to the next without much fuss or flair. Spider’s Web lacks the bleak beauty of Dragon Tattoo, and Fincher’s effortless class and style is sorely missed. Nothing here is truly objectionable or offensive, but by the same token, there is nothing remarkable about it either.

None of this is Foy’s fault, though. Through no fault of her own she is let down by an unremarkable script that delves too much into Lisbeth’s back story. Nobody really cares what Jason Bourne’s real name is, or what sort of childhood James Bond had. Lisbeth Salander is a fascinating mystery, and she should stay that way.

If Álvarez is using this as a working audition for a future James Bond entry, then he may well get the nod soon enough. But by turning the franchise into yet another bog-standard action movie, Alvarez has also turned Salander into just another run-of-the-mill action hero. It is a horrible misstep that eradicates much of what was so appealing about the character in the first place.

No doubt there will be more Dragon Tattoo movies, but it won’t be for a long while and it won’t be with Foy. She deserves better.

THE GIRL IN THE SPIDER’S WEB - Screentime.ie