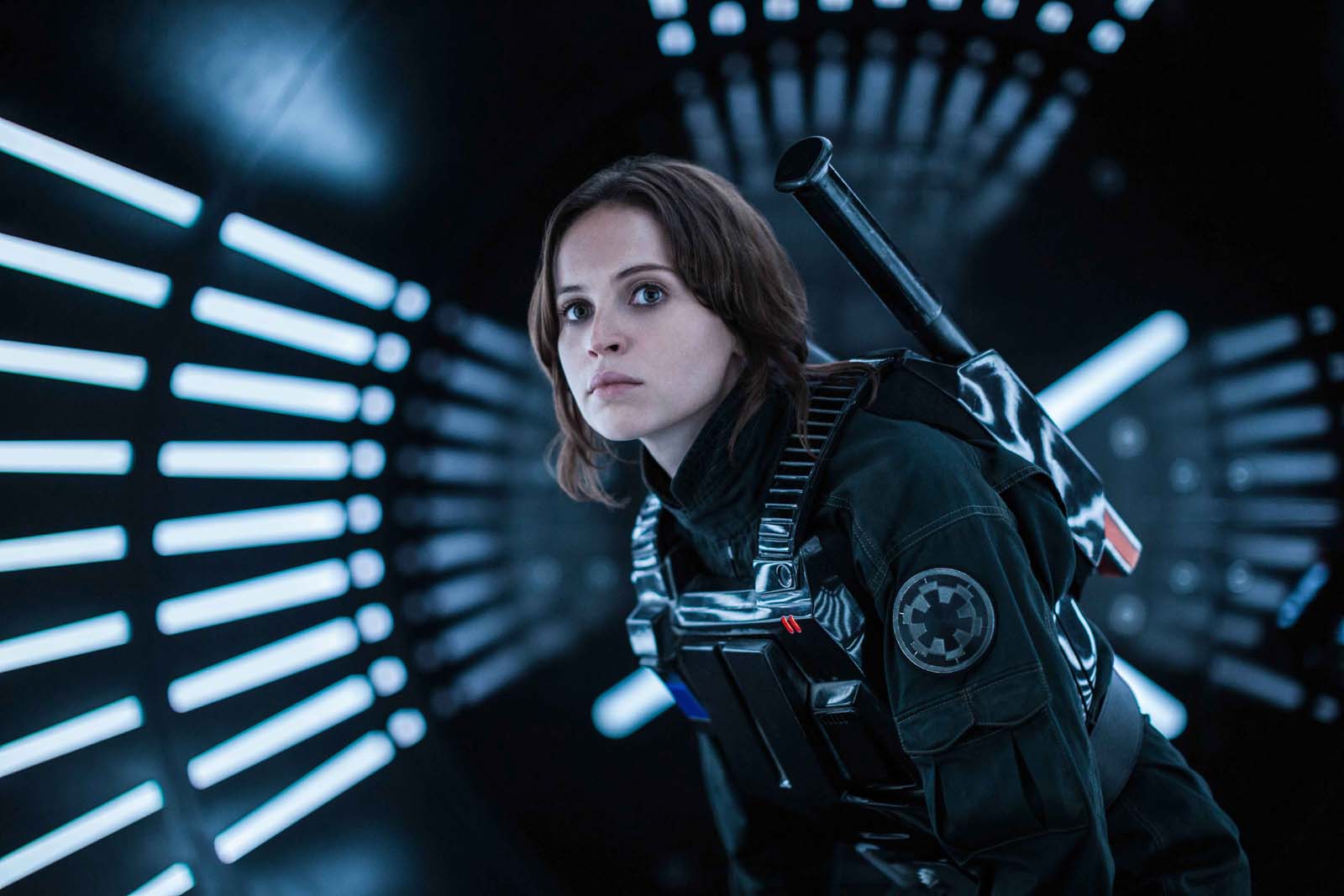 ROGUE ONE: A STAR WARS STORY

``Rogue One speaks the same language as Star Wars, but its grammar leaves a lot to be desired.``

When Disney bought Lucasfilm for $4.06 billion back in 2012, it gave the studio free reign to do whatever it wanted with the Star Wars franchise. And – more importantly – to change the locks on George Lucas. With Episode VIII not due until Christmas 2017 you can’t blame Disney for trying to recoup some of that eye-watering outlay. The Force Awakens set a very high standard for this new era, but this first “Anthology” movie is arguably a bigger risk for the studio. For starters it doesn’t have the luxury of a returning cast and the inherent good-will element. But forget about The Phantom Menace, Rogue One is the real prequel that fans have been waiting for.

The premise of Rogue One is simply brilliant, filling in as it does the events leading up to the first Star Wars. This is the story of Jyn Erso (Felicity Jones), a young woman with a complicated family lineage. Jyn’s father (Mads Mikkelsen) is the unwilling architect behind the Empire’s first Death Star, and Jyn is reluctantly conscripted into the Rebel Alliance with a mission to steal the plans to the space station that will ultimately find their way onto the Tantive IV.

Let’s start with what works. The art department have done a spectacular job of recreating the retro-futuristic “lived-in” environment of the original 1977 movie. The Stormtroopers are vintage variety cannon fodder, and dependably rubbish in all the areas of their job description that should matter. The minor Rebels are still rocking 1970s porn ‘taches and the minor Imperials are still made up of British bit-part TV actors that you probably recognise from an episode of Casualty. Thankfully, the editing is old school, and Rogue One has been cut together so that it’s easy to follow the action. The clunky dialogue from the trailer is no less clunky in the context of the film, but then again Star Wars has never really been a touchstone for natural dialogue.

The way Rogue One slots itself into pre-existing Star Wars lore is ingenious. It also answers the question of why the Empire would leave “a small thermal exhaust port right below the main port” in such an expensive bit of kit.

Director Gareth Edwards (Godzilla, Monsters) tries to stamp his own identity on this first stand-alone entry into the canon. Things still kick off with “A long time ago…” but the traditional opening scrawl is gone, along with the John Williams fanfare. Michael Giacchino’s original score sounds like a placeholder theme for a TV show pilot, but all the important leitmotifs are broken out where they really matter.

However, cracks start appearing when this suture moves from subtle to blatant. The ever-dependable Ben Mendelsohn is out-acted in nearly every scene by a CG construct. I won’t delve into specific details, but if you took issue with Audrey Hepburn’s image being used to flog a well-known brand of chocolate (and you should), then more than one element of Rogue One will not sit well. But it doesn’t know when to stop. The easter eggs get bigger and more distracting and some subtle nods to the past eventually turns into a painful poking.

Jones’ heroine is more or less a cypher, and not a patch on Daisy Ridley’s character in The Force Awakens. In fact most of the wonderful ensemble cast are sidelined in favour of action and spectacle. The climactic, multi-fronted battle is needlessly overcomplicated (Poor old Riz Ahmed is given roughly eight seconds to explain the ridiculous plot). This story – predicated on sacrifice and tragedy – should be devastating, but the complete lack of emotional punch here is bewildering. If we can barely remember a character’s name, then it’s very hard to care about their fate. Plenty of sentimental stuff happens and heartstrings are duly pulled, but none of it has been earned so it’s all decidedly unmoving. And this is the big problem with Rogue One.

So, while Rogue One speaks the same language as Star Wars, its grammar leaves a lot to be desired. It certainly walks the walk and talks the talk, but it’s probably helpful to go into this with slightly lowered expectations.

But it’s still better than the Holiday Special.

THE SECRET LIFE OF PETS

HOW TO TALK TO GIRLS AT PARTIES