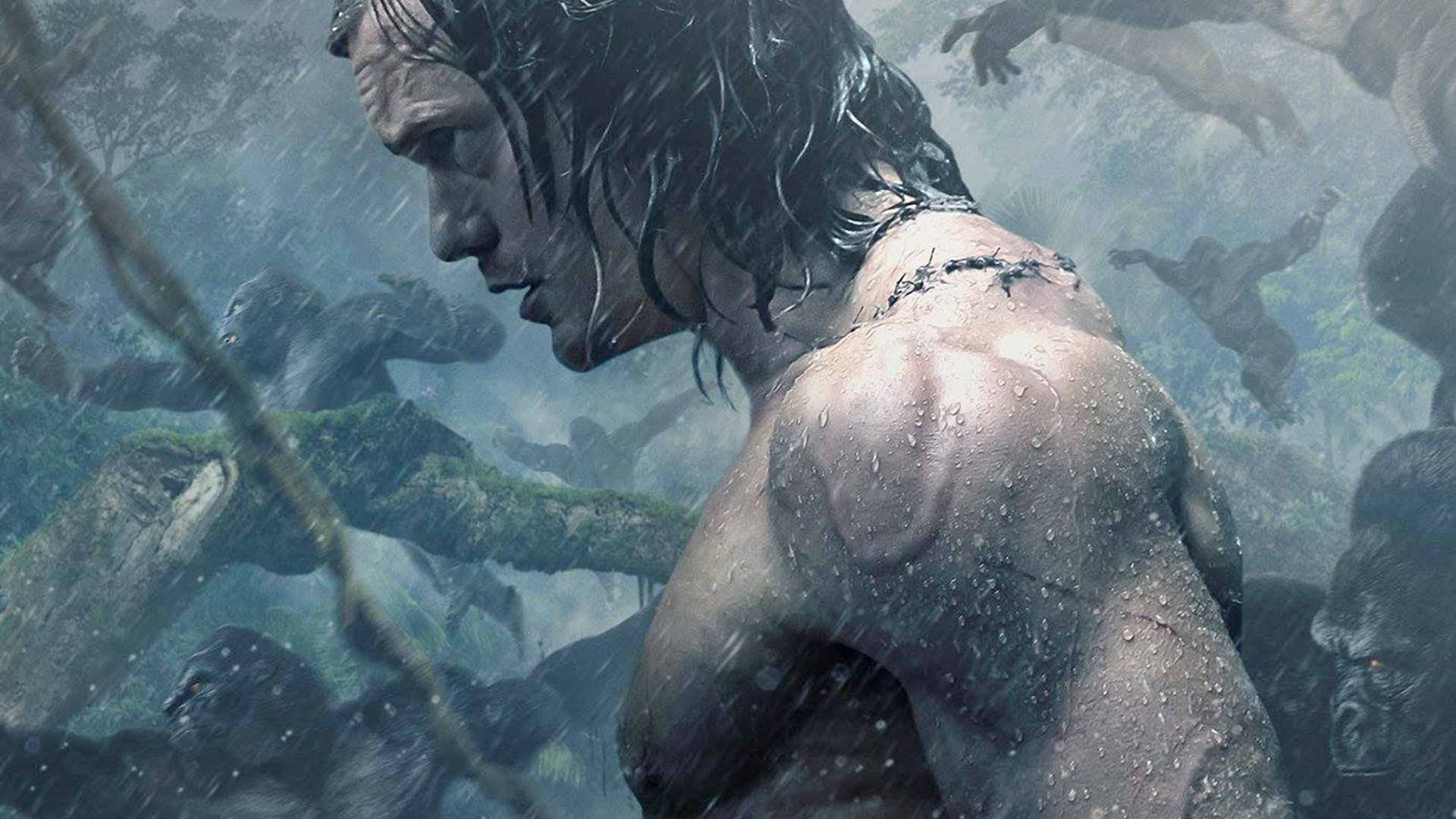 FILM REVIEW - THE LEGEND OF TARZAN

Well, this is certainly unexpected. Edgar Rice Burroughs’ pulp hero wouldn’t be an obvious choice for a big budget remake. When Johnny Weissmuller hung up his trunks after Tarzan and the Mermaids in 1948, RKO limped on with the franchise for a few years, but the Lord of the Apes was absent from the big screen until the abominable Bo Derek vehicle, Tarzan the Ape Man, appeared in 1981. Legendary screenwriter Robert Towne’s unfinished script for Greystoke – The Legend of Tarzan earned an Oscar nomination for his pet dog, and Disney had an animated stab in 1999. But the character been in hibernation since, so is there any room at the table for Burroughs’ noble savage in 2016?

This update of the long-dormant franchise by David Yates (director of the final four Harry Potter films) draws elements from Burroughs’ source material while jettisoning some of the more problematic aspects the character for a modern audience. The colonial white superiority subtext is still very much present, but there’s not much savage left in this noble.

In 1889, Tarzan (Alexander Skarsgård) has left the jungle behind for a gentrified life in London.  John Clayton III, fifth Earl of Greystoke, is more “Pip pip, old chap” than “Me Tarzan, you Jane.” Under the pretence of a trade mission, Clayton is lured back to the African Congo with his wife, Jane Porter (Margot Robbie) and American mercenary George Washington Williams (Samuel L. Jackson). Unbeknownst to Clayton, the mission is a trap set by Belgian envoy Leon Rom (Christoph Waltz).

Rom intends to deliver Tarzan to an old adversary in return for a priceless cache of diamonds. And Jane is the bait.

Skarsgård’s take on the character is very different to what has come before. His tea-drinking Tarzan is very much pinky out, so it’s just as well that the Swedish Skarsgård does a good full English when required. He drops in the occasional “Oo Oo” but the “Ah Ahs” are gone and there’s nary a loincloth in sight. Once Tarzan arrives back in the Congo, however, it’s a case of “sun’s out, guns out” and Skarsgård spends the latter part of the movie getting rained on and brooding with his top off – no doubt to the delight of a large proportion of the audience (“OMG, he’s so sensitive. And ripped!”).

Waltz gives good villain, and his rictus grinning bad guy is deliciously malicious. In spite of efforts to inject Jane with some gumption, Robbie’s damsel soon settles into “distress” mode, and stays there.

The Legend of Tarzan is by no means a masterpiece. The sound stage aesthetic and CG wildlife is overbearing. But the confident action sequences are paced at a remarkably relaxed level. This makes for a very pleasant antidote to the current monopoly of capes-n-spandex blockbusters. The Legend of Tarzan is probably the most restrained big studio picture you’ll see this summer. It still manages to be a fun, thrilling ride, but younger viewers – more accustomed to movies playing out like the demented hallucinations of a hyperactive child – may find it a tad slow and antiquated. It’s a pity, because The Legend of Tarzan is real boy’s own adventure stuff, and it deserves to find an audience.

THE SECRET LIFE OF PETS

THE LEGEND OF TARZAN - Screentime.ie