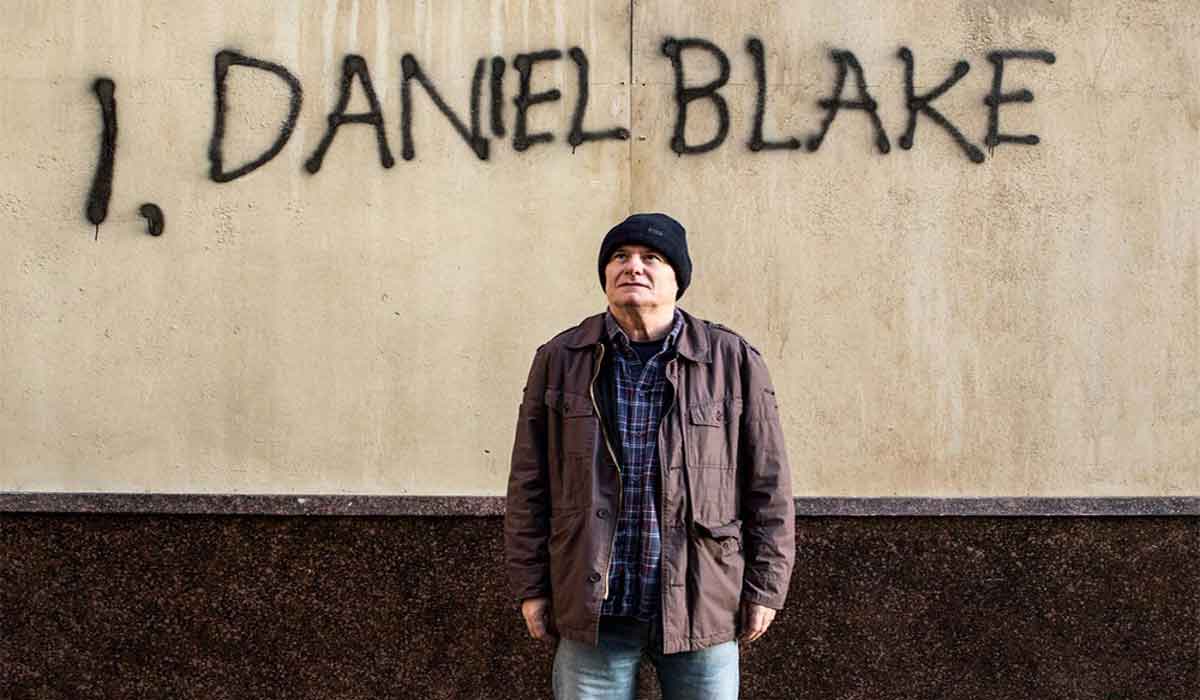 
A profoundly moving piece of work.

When Ken Loach won the Palme d’Or at this year’s Cannes for I, Daniel Blake, the general consensus was that it was a worthy but safe choice. The 28th feature from the granddaddy of social realism probably won’t achieve much, but at the very least it should irritate the hell out of the Daily Mail rabble.

Following a major heart attack, Daniel Blake (Dave Johns) is declared unfit for work by his doctor. But his Social Welfare office disagrees. In order to keep his jobseekers benefit, Daniel must prove that he’s actively looking for work – work that he cannot take. He is frustrated at every step with Kafkaesque mazes of circular logic that all lead to a bureaucratic brick wall. His problems are compounded by Social Welfare’s “digital by default” system, which proves insurmountable for the analogue by design Daniel. After a lifetime of hard graft, the 59-year-old widower is swallowed up in a system that’s designed to humiliate, frustrate and alienate, and faces down the very real prospect of homelessness.

As a stand-up comic by trade, Johns seems comfortable with Loach’s improvisational method. The manner in which he conveys Daniel’s struggle to maintain a modicum of dignity is profoundly affecting, though at times it’s all too possible to see the cogs moving as he works.

Much better is newcomer Hayley Squires as the 22-going-on-50-year-old Katie. Her portrayal of the lonely young mother that Daniel takes under his wing is deeply poignant, and Squires is tremendous.

I, Daniel Blake will ring a lot of bells with anyone that’s ever found themselves on the wrong side of the Social Welfare glass. For the most part, Loach keeps the sermonising on just the right side of preachy. But as Daniel and Katie’s paths deteriorate into Monty Python “Four Yorkshiremen” levels of misery, the heavy-handed denouement over-eggs the pudding and undoes much of the preceding groundwork.

Overall, I Daniel Blake is a profoundly moving piece of work. This isn’t Loach having a dig at the Left or Right, at Labour or Conservative. It’s an indictment on the political system as a whole, and the inability to deliver a society capable of nurturing and supporting all of its citizens. It’s this theme of the marginalised in our midst that has run through most of Loach’s work since Cathy Come Home in 1966. If I, Daniel Blake is indeed a bookend on that career, then we’re going to miss him when he’s gone.