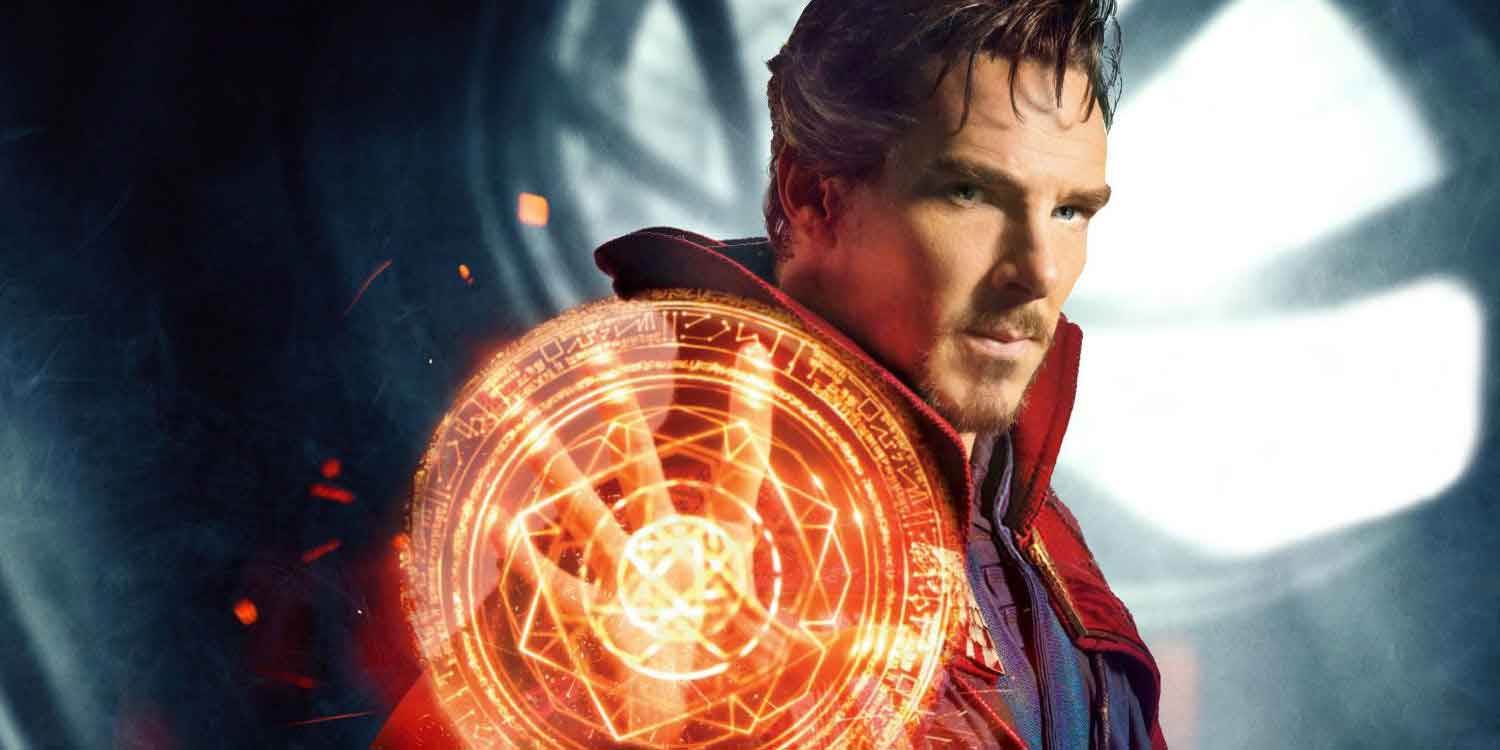 Doctor Strange is the fourteenth movie from Marvel Studios. That might seem like a low figure at the rate they’re churning these things out, but they’ve barely scratched the surface. This superhero train keeps on rolling, and resistance is futile. Like some malevolent alien scheme to colonise the planet, Marvel have future waves (or “phases”) scheduled until the end of the decade. And we’re only at the start of phase three. May God help us all.

When Stephen Strange (Benedict Cumberbatch) loses the use of his hands in an accident, he grows a crazy-man beard and goes walkabout in Nepal to find his mojo again. There he discovers a school of magic run by Tilda Swinton’s bald-capped Ancient One. The talking fortune cookie teaches Strange how to wave his arms about and cast spells. Then Mads Mikkelsen’s bad guy shows up in some sparkly Alice Cooper eye make-up and wrecks everyone’s buzz.

To give Marvel their due, they seem to handle the origin stories for their more obscure characters better than their big hitters. Guardians of the Galaxy and Ant-Man weren’t exactly iconic, but both were superior examples of the typical comic book fare. While acolytes will argue otherwise, Doctor Strange is most definitely D-list, but this works in its favour. The studio appears more open to creativity and originality when no one is looking.

The action in Doctor Strange is a welcome antidote to the cookie cutter, rinse-and-repeat set-pieces of The Avengers or Captain America: Civil War. Instead of CG clusterfudge sequences that replicate an X-Box button mashing end-of-level boss fight, director Scott Derrickson seems to have drawn inspiration from one of Roger Dean’s Yes album covers from the 1970s.

The astral projection and bendy space-and-time aspects allow Derrickson an unlimited palette to create some striking sequences with cityscapes turning into clockwork mechanisms. The result is a movie that often looks like Inception with tights and capes. In fairness the 3D aspect isn’t utterly redundant. Most of it still seems like a demonstration of technology rather than a storytelling tool, but at least it serves a purpose here.

My main issue with Doctor Strange is Cumberbatch and the distracting accent he’s been lumbered with. Casting an actor of his calibre and then lumbering him with an American accent is a bit like buying a vintage Aston Martin and pimping it out with aluminium spoilers, spinner rims and painting a confederate flag on the roof. There is simply no good reason why Cumberbatch couldn’t have played this character in his own plummy RADA* timbre, but he throws himself gamely into this folly and mostly succeeds in selling the silliness.

As mindless popcorn flicks go, this is perfectly fine. But if you look at this alongside the rest of Marvel’s output, it comes out slightly ahead. Doctor Strange doesn’t come with the weight of expectation (or expectation of insane profits) as the studio’s big “event” movies, and is all the better for it. If there’s any creative potential left in this overexposed sub-genre, then it’s at the edges, not the centre.