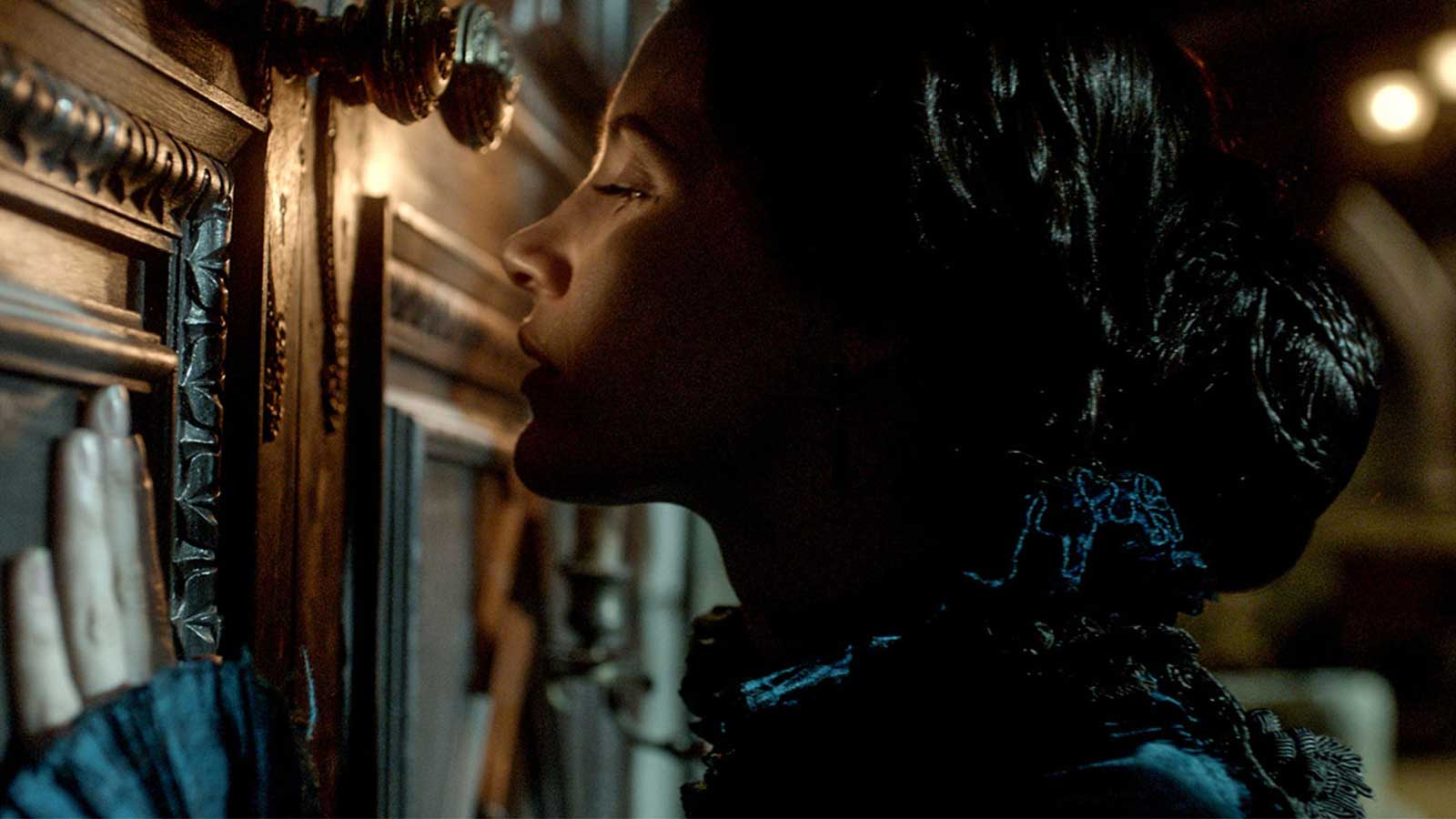 A bit of a let-down.

At the end of the 19th Century, penniless toff Thomas Sharpe (Tom Hiddleston) woos wealthy heir Edith Cushing (Mia Wasikowska) away from her affluent New Jersey home and whisks her off to his crumbling Cumbrian estate. Crimson Peak is the sort of gaff that an estate agent would describe as a “desirable fixer-upper,” and would appear to be the most haunted house in England (ghosts in the bath, ghosts in the attic, ghosts in the porridge etc.). But far more terrifying than the mansion’s supernatural occupants is Edith’s new sister-in-law, Lucille (Jessica Chastain). Oh, she’s a bad ‘un and no mistake.

Although the premise and setting of Crimson Peak is archetypally gothic, del Toro’s execution is pure melodrama. Surprisingly, there are precious few scares, and the gore is of a distinctly cartoon variety. Much like Tim Burton’s recent output, it looks beautiful but there’s nothing hidden under the surface.

Hiddleston hams it up with relish, but the normally dependable Chastain is burdened with a British accent that really hurts. There are precious few alarms and no surprises in this competent but predictable homage to mid-period Hammer horror. Ultimately, it’s a bit of a let-down.