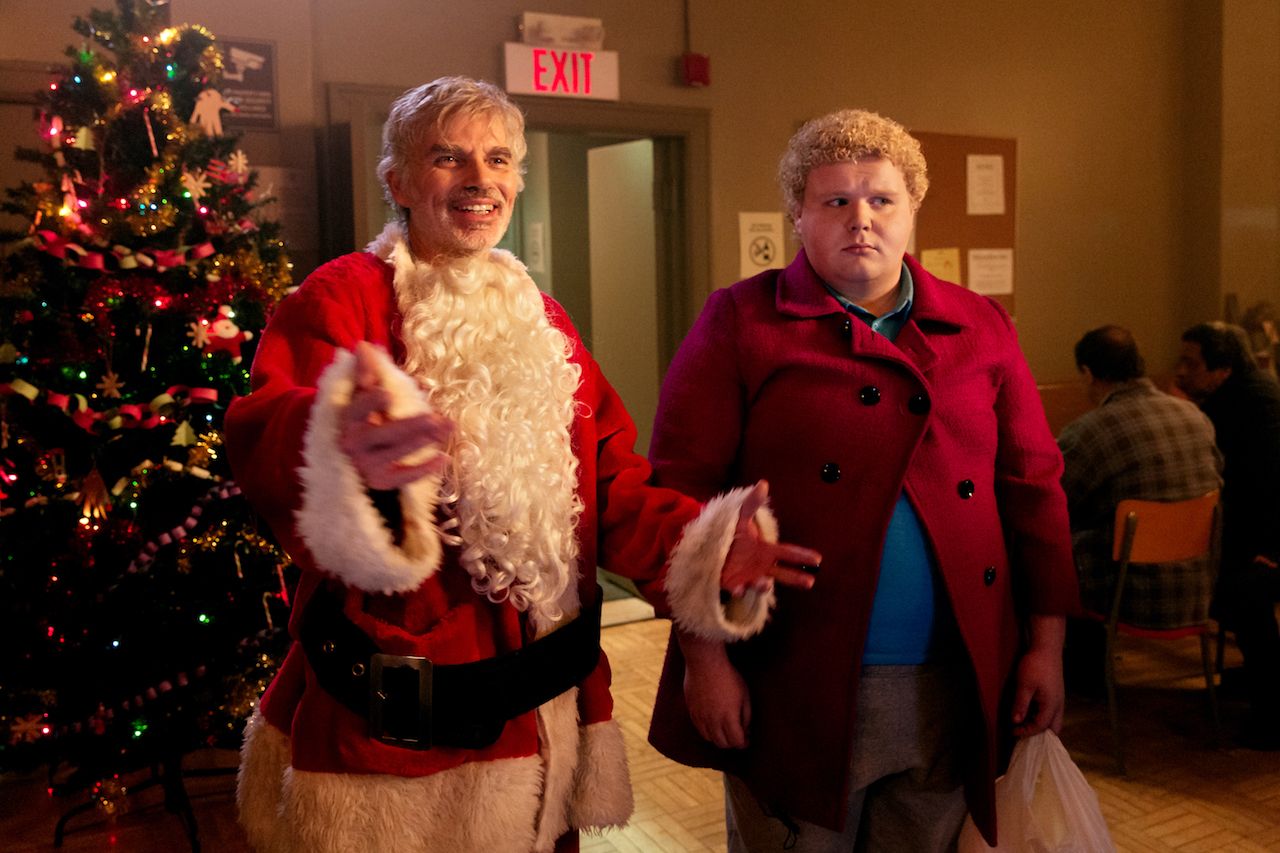 This will be quick. I’ve already spent far too long in the company of Bad Santa 2.

When the first Bad Santa was released back in November 2003, George Bush Jr. had just been elected to a second term in office. With its combination of pessimism and unrelenting vulgarity, Bad Santa was more beer fart than breath of fresh air. It was a cynical novelty that seemed to fit the mood of the period perfectly. But if we thought that Bush 2 was bad, no one could have really predicted how horrific things were going to get 13 years later. And this time I’m not laughing.

Bad Santa 2 is basically Bad Santa with miniscule changes. Instead of a department store, Billy Bob Tornton‘s Willie Soke is now robbing a children’s charity, and Lauren Graham’s sexual doormat has been replaced with Christina Hendricks‘ equally improbable deviant nymphet. Other than that, this regurgitates the plot of the previous movie with the same shock and awe approach, but without the element of surprise.

The script (by novices Johnny Rosenthal and Shauna Cross) is a bottomless cesspool of vulgarity, where the relentless obscenity is used an end in and of itself. It’s not big or clever and there’s no punchline. I have no idea what Christina Hendricks was thinking. I’m not going to follow that with any smart observations, it’s just that I literally have no idea what she must have been thinking.

This is pure cinematic poison from start to finish. Watch the trailer if you must and be glad that you didn’t waste any more time on it.