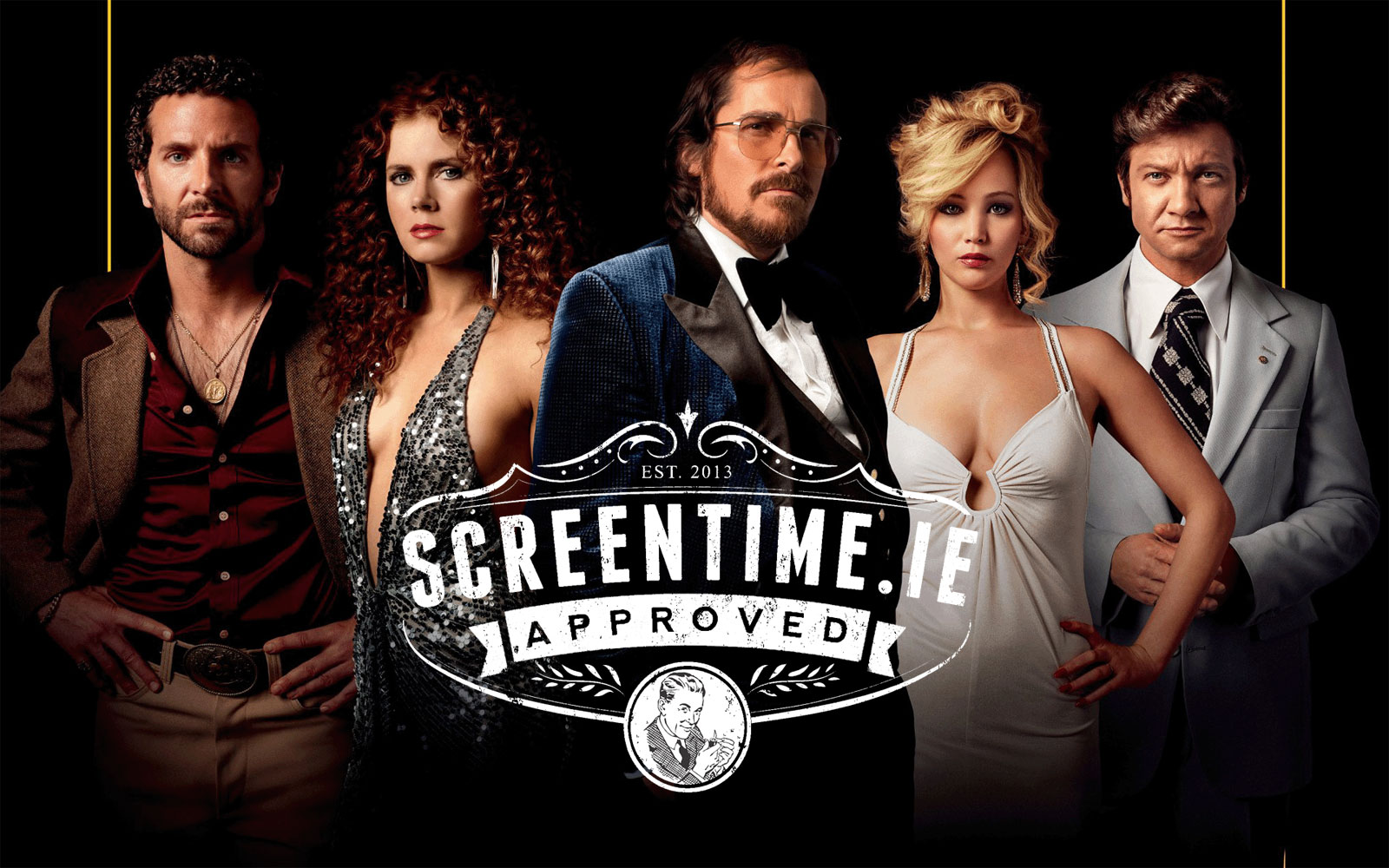 One of the best movies that Martin Scorsese never made.

Sing Hosanna for it’s a Christmas miracle – Robert De Niro’s in a post-2001 movie that doesn’t suck! Let’s begin by addressing the blatantly obvious: American Hustle is one of the best movies that Martin Scorsese never made. From the multiple voice overs and slow-mo walking shots, to Christian Bale pulling a full on “Jake LaMotta,” the influence of Scorsese is all over David O. Russell’s follow up to last year’s monumentally successful Silver Linings Playbook. If I didn’t know better, American Hustle could quite comfortably slip in behind Goodfellas and Casino to complete a sort of damaged American Dream trilogy. This inspiration has allowed Russell to deliver the most consistently entertaining movies of his career.

American Hustle is set in a post-Watergate, pre-Punk New Jersey of 1978, during the period when America tried to hide its broken heart with terrible music, synthetic fibres and ugly perms. The story is loosely based on the FBI’s ABSCAM sting operation of the late Seventies – I say “loosely” because the opening disclaimer unreliably informs us that, “some of this actually happened.” The knowing deceit continues with the introduction of Christian Bale’s minor league conman, Irving Rosenfeld, as he carefully constructs his identity before our eyes. The care that this beer-bellied, bald-pated protagonist puts into constructing the world’s most elaborate hairpiece – a combination of hairball, glue, comb-over and lacquer – gives the viewer a rare window into Elton John’s daily routine. Rosenfeld finds his soul mate in fakery in the self-assured Sydney Prosser (Amy Adams). Prosser’s desire to become “anything other than the person I was” is a perfect match for Rosenfeld’s constructed identity. The pair bond through a shared love of Duke Ellington and ripping people off, and embark on a moderately successful series of scams before falling prey an FBI sting operation led by Richie DiMaso (Bradley Cooper). DiMaso blackmails the pair into utilising their Stanislavsky Method scamming in an operation to expose corrupt public officials. However, where DiMaso’s intent may be righteous, his methods are unscrupulous and the end result is devoid of virtue.

While the Seventies backdrop is used effectively for some brilliant sight gags, including a memorable perm-off between Prosser and DiMato, the real joy of American Hustle is in the performance. This dearth of taste allows all four principles to swing for the fences, with Cooper in particular delivering a performance that can only be described as “uncorked.” Is DiMaso really as dumb as he seems, or is he merely pretending to be an idiot? Adams effectively conveys her emotional fragility by vacillating between a counterfeit British accent and her natural inflection, as the line between her constructed aristocratic identity and her true self becomes ever more blurred. Described as “the Picasso of passive-aggressive karate,” Jennifer Lawrence’s utterly deranged take on Rosenfeld’s unpredictable wife is a constant source of demented comedy, while also conveying a damaged, melancholy undercurrent. With the cast operating at a level of high-octane dementia, something has to give way, and Jeremy Renner’s hapless congressman is relegated to a background character in a wig.

I’ve never been entirely convinced of the brilliance of David O. Russell. His CV exhibits as many misses (well, hello there, I Heart Huckabees), as hits, and I believe that Silver Linings Playbook was given something of a free pass because of its subject matter. But where his previous experiment with form resulted in a romantic comedy that wasn’t funny, the result here is a drama that is intentionally hilarious. American Hustle is undoubtedly a drama, yet it contains more genuine laughs than any comedy you will see this year. The humour is derived from the protagonists’ complete ignorance of their ridiculousness as they fall deeper into desperation. While the ending may be predictable, the whole is so enjoyable that the journey is more than worth it. Expect all four principles to receive Oscar nods next week, if that kind of thing matters to you.