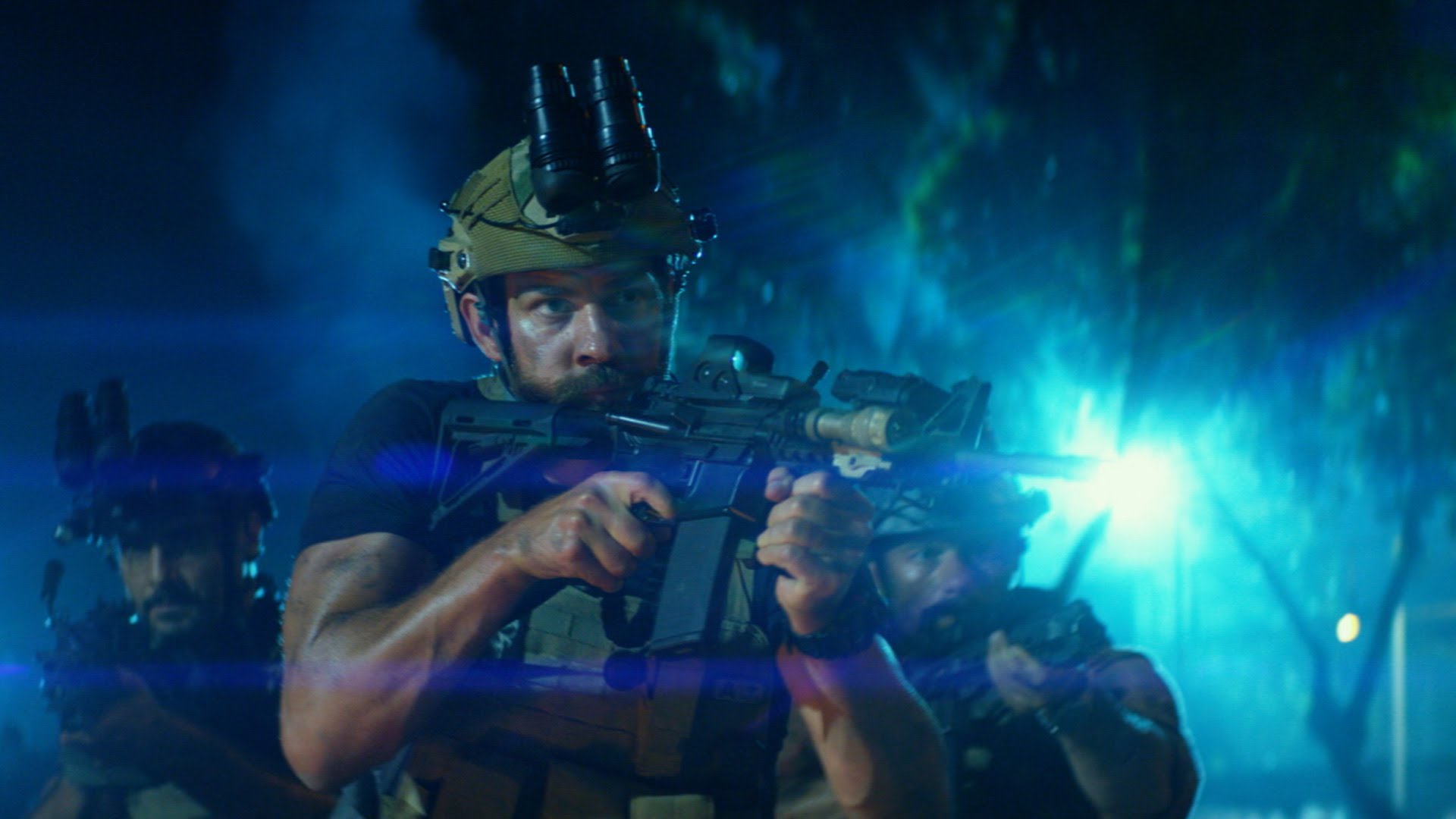 Business as usual down at the idiot farm.

Subtlety repellent Michael Bay takes a temporary break from his money-printing transforming robots franchise for this “based on a true story” tale of soldiers under fire in Libya. While the factual basis and sombre material suggest a more mature approach, the execution confirms that it’s still business as usual down at the idiot farm.

13 Hours: The Secret Soldiers of Benghazi is the story of a besieged covert CIA stronghold in post-Ghaddafi Libya. Over the course of a single night a six-man team of independent security operatives fight off waves of Islamic militants, as it becomes apparent that the pencil pushers in Washington won’t be sending any help. Thanks Obama. At 2 ¼ hours, the film is almost as long as the actual siege. The squad of ex-Navy Seals (including John Krasinski and James Badge Dale) look like a Sons of Anarchy cosplay troupe. Proper names are out; these guys have manly nicknames like Oz (Max Martini) and Tanto (Pablo Schreiber). When they’re not shooting insurgents, they enjoy greasing up their pecs, pulling on some denim hotpants, and dragging truck tyres around in mirrored sunglasses.

Had there been a volleyball court on site, the estate of Tony Scott would probably be considering its legal options.

Because slo-mo is a Bay-ism for “heroic,” the director lovingly fetishizes reams of guns, rifles and bullet belts like he’s shooting a promo for the NRA. Bay just doesn’t credit his audience with enough sense to pick up on things for themselves. His characters don’t so much interact as recite reams of key character features at each other (“This is my last station before retiring, and I’m not going to let you screw it up for me,” “What would your wife and two small kids back home think of you risking your life like this?” And so on). These guys have to explain what is about to happen before we see it happening. And Bay still can’t transition between one scene and the next without using a sweeping establishing shot. If someone needed the toilet, he’d stick in a helicopter flyover shot of the porcelain pan first.

Michael Bay is an easy target for ridicule, but if he keeps coming out with guff like this then so be it.