HITCHCOCK AND THE UNCONSCIOUS SELF

The Lady Vanishes (1938) and Rebecca (1940) represent opposite sides of the Atlantic divide between Alfred Hitchcock’s move away from his British period and his arrival in Hollywood. Although his entire oeuvre sustains close and sustained scrutiny, these two works in particular provide rich pickings for psychoanalytic analysis and interpretations of the unconscious. The first is a casebook study on the manipulative potential of the unconscious and the struggle faced by the active female in a patriarchal society. The second is a psychological melodrama that deals with obsession, lack, and the Electra complex.

As a filmmaker (quite rightly) open to accusations of misogyny, Hitchcock’s penultimate British picture, The Lady Vanishes, offers a surprisingly proto-feminist heroine in the form of the progressive Iris Henderson. As established in her introduction, she is presented as occupying a position of power from the outset. Caldicott and Charters are immediately demoted from the attentions of the hotelier following her arrival, and Iris adopts an authoritative demeanour from her first scene. She is foregrounded as she leads both the hotelier and her friends past the waiting guests (fig. 1). In the following humorous sequence, she is again depicted in a position of power.  Iris is shown in a side shot from the waist down, astride a table in her underwear and hanging her garments from a lamp (fig. 2). The dialogue between Iris and her two friends establishes that this independent, assertive woman has resigned herself to a passionless marriage. “The girls ask why her bridegroom can’t change his name. After all, we are told, she’s played baccarat at Biarritz and eaten both ‘caviar at Cannes and sausage rolls at the docks … What is there left for me, but-marriage?’” (King, Miller 108). But once Gilbert becomes an active agent, he discommodes Iris from her dominant position. The scene in which he invades Iris’ room and discards her possessions without ceremony before replacing them with his own (fig. 3) demonstrates that not only does Gilbert have little respect for Iris’ status, but also that he is fully in command. The vanishing lady of the title refers not only to the maternal Miss Froy, but also to Iris’ vanishing agency. Miss Froy’s disappearance symbolises Iris’ lack, and coincides with the removal of her ability to perform in an active role. Within the microcosm of paternal society represented by the train’s passengers, Iris loses her voice and agency and must fight to reassert her authority. Her ability to communicate is frustrated further as a result of the language barrier presented by the differing nationalities of the passengers. This places a further obstacle in her path, as she becomes dependent on Gilbert to act as interpreter. Dr. Hartz, Doppo and their co-conspirators all seek to deprive Iris of her active voice, and to convince both Gilbert and herself of her unreliability as a narrator as a by-product of her subconscious’ potential to substitute the maternal figure of Miss Froy for an imposter. Iris’s opportunity to prove herself is lost as the word that Miss Froy traced onto a window’s condensation (fig. 4) vanishes. It is only after undeniable proof of her testimony is provided – in the form of the tea wrapper used by Miss Froy (fig. 5) – that Gilbert accepts her version of events and Iris begins to regain agency. The symbolic act of pulling the emergency stop (fig. 6) not only halts the train but also marries the impulses of Iris’s id and ego. It is a representational action that establishes her agency over the super-ego, represented by Dr. Hartz, Caldicott, Charters and the rest of the passengers. She demonstrates self-belief, self-reliance, and her ability to defy the majority rule. 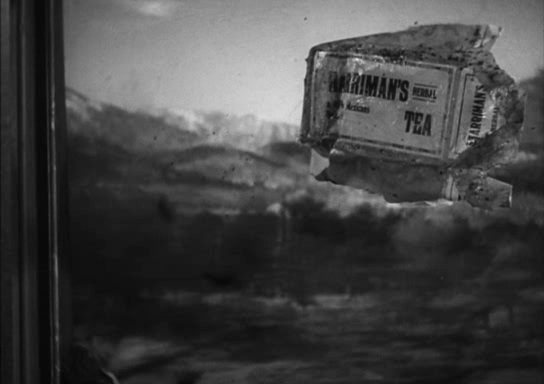 The independently spirited Iris rejects Gilbert’s playful arrogance outright, yet welcomes the companionship of the warm, maternal Miss Froy.  “Unmarried yet still maternal, joyful yet facing the constant threat of death as a secret agent, Miss Froy exists, not within patriarchal relations, but on their margins. Her recommendation to Iris that she have children may therefore be understood as a plea for a nonpatriarchal definition of motherhood, since Miss Froy herself performs a maternal function outside of marriage” (Petro 130). Iris’s elevation of Miss Froy over the threatening masculine energy of Gilbert represents her “refusal to accede to Oedipal imperatives… [and] sets into play the terms of her identification with maternal psychic energy – an identification that has the effect of interrupting her Oedipal “normalization” and revealing a desire rooted, not in repression, but in resistance” (Petro 133).

Although Rebecca was Hitchcock’s first American picture, it retains a very British mise-en–scène. He described it as “a completely British picture; the story, the actors, and the director were all English” (Truffaut 128). In direct contrast to the scene introducing the heroine of The Lady Vanishes, the shot-reverse shot sequence that introduces both Maxim and the unnamed female protagonist establishes the position of power between the two (fig. 7-9).  At a purely visual level, Maxim is shot from a low angle, in front of a suitably gothic setting which establishes his dominant, romantic character. In contrast, Joan Fontaine’s character is shot from above and depicted as passive, weak and ineffectual. The contrast between the couple’s modest marriage ceremony (after which Maxim forgets the marriage certificate and presents her with petrol station flowers instead of a proper wedding veil) and the sizeable group of well-wishers about to enter the registry office does not provide a good omen for their marriage. When Maxim proposes, he doesn’t even grant her the respect of being present in the same room. 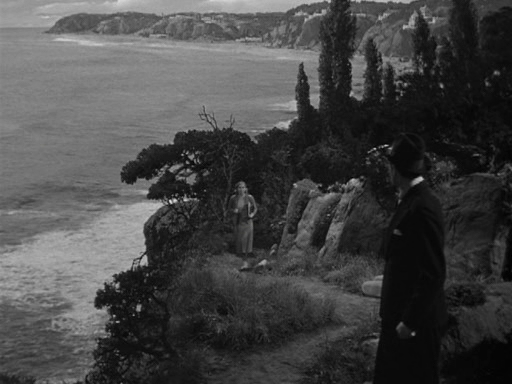 The singular concession to endowing the heroine with an individual identity comes in the form of her artistic temperament (inherited from her father), and she subconsciously allows Maxim to fill the void left by him. Both her father and Maxim sought, but could not attain, perfection. Her father compulsively searched for the perfect tree, the subject of every painting he produced, and Maxim is seeking perfection in a wife, following his dysfunctional marriage to the spiteful and manipulative Rebecca. In the patriarchal society she inhabits, Maxim fulfils the heroine’s need of the father figure. However, as Modleski correctly identifies, the heroine is not trying to resolve an Oedipal complex, as Durgnat would suggest (46).  She is instead engaged in an Electra complex with Mrs. Danvers.  Both are competing for the consideration of Maxim who, for the heroine, is the desired father figure, and for Mrs. Danvers, is the rival for the attention of Rebecca. Their power struggle is foreshadowed in the two-shot showing her introduction to Mrs. Danvers after first arriving at Manderley. She drops a glove, they both stoop to retrieve it, and quite literally knock heads (fig. 10). This Electra complex is ultimately resolved by the death of Mrs. Danvers, and Maxim’s acceptance of the heroine as the changed, sexually mature role she has grown into. Danvers’ death also neatly sidesteps any issues the viewer might have with Maxim’s acquittal from any form of punishment for his role in the death of Rebecca, as his “guilt and… punishment are both, in effect, transferred to Danvers” (Boyd 123).

Far removed from the fairytale fortress that the heroine hopes to find, Manderley instead embodies that well-worn staple of the gothic narrative; the haunted castle. The ghost of Rebecca looms so heavily over Manderley, that there is scarcely room to breathe for the living. Rebecca’s monogram adorns the bed linen, her possessions are preserved by Danvers in a shrine-like bed chamber, and Maxim still carries her handkerchief with him. “Manderley is at once a tomblike memorial to Rebecca and a womblike place of sublime beauty, and the second Mrs. De Winter, while repelled by Danvers, is irresistibly drawn by the allure Rebecca holds for her” (Allen 68). The heroine is dwarfed by the sheer scale of the building and, by extension, the omniscient presence of her predecessor.  She is consistently represented as being dominated by the architecture. Resembling the curious Alice after consuming the “drink me” potion, her childlike qualities are amplified by the enormous halls and disproportionately scaled doors and furniture (fig. 11) “so that the viewer receives a subliminal impression of her as a child peeking in on or intruding into an adult world that provokes both curiosity and dread” (Modleski 47).

The “second” Mrs. de Winter is without agency. She is a cypher, seen as a commodity rather than possessing any individual identity. Her companionship is bought by the vulgar class-magpie, Mrs. Van Hopper, before being transferred to Maxim. Try as she might, she is not seen as a candidate of the male gaze by the bearer of the look, her new husband. Indeed, it seems as though Maxim is more interested in acquiring a daughter, rather than a wife. From the outset he speaks to her as a child, not as a lover, telling her to “eat… up like a good girl” and “stop biting your nails.” She elucidates her wish to become the epitome of his erotic desire, drawing from her unconscious an image of “a woman of thirty six, dressed in black satin with a string of pearls.” However, Maxim warns her that she will lose any allure that she holds for him if she does. When she eventually draws on the unconscious image and adopts this guise (fig. 12), she is ridiculed and derided from top-to-toe. “Instead, the second Mrs. de Winter’s fascinated gaze upon the traces of Rebecca’s presence in the house takes on the lure of something that is taboo through the manner in which it is governed and mediated by the figure of Mrs. Danvers, who clearly harbors an erotic attraction to Rebecca” (Allen 69). The housekeeper’s obsession with Rebecca, and implied homosexuality, makes the heroine the subject of a perverted from of male gaze from Danvers, rather than Maxim.

Both The Lady Vanishes and Rebecca engage with weighty philosophical issues and psychoanalytic concepts without alienating the audience. Despite claiming that Rebecca was “not really a Hitchcock picture” (Truffaut 127), It is a testament to the director’s talent and vision that he was able to create an intelligent, challenging, yet still successful film on his first foray into the Hollywood studio system. It was this unique ability to infuse the studio picture with his personality that made Hitchcock the archetypal auteur. 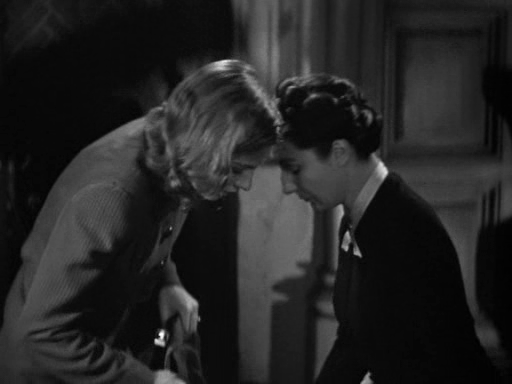 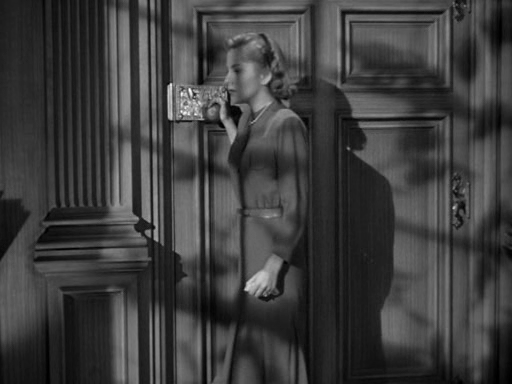 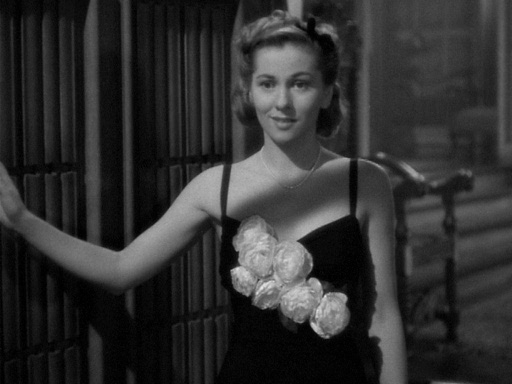 Modleski, Tania. “Woman and the Labyrinth: Rebecca.” The Women Who Knew Too Much: Hitchcock and Feminist Theory. London: Methuen Inc., 1988. 43-55. Print. 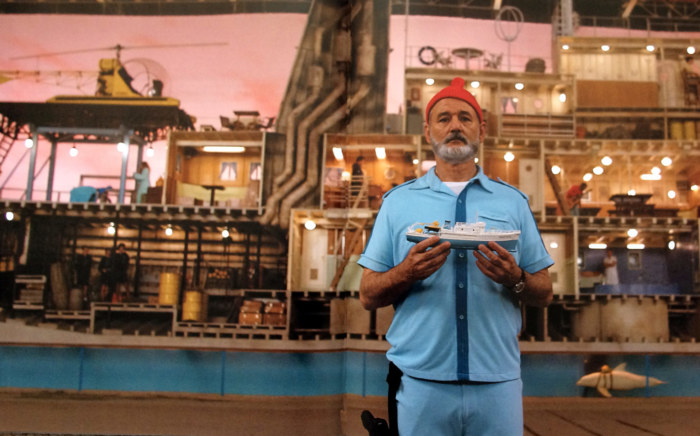 THE WORLDS OF WES ANDERSON: INTRODUCTION 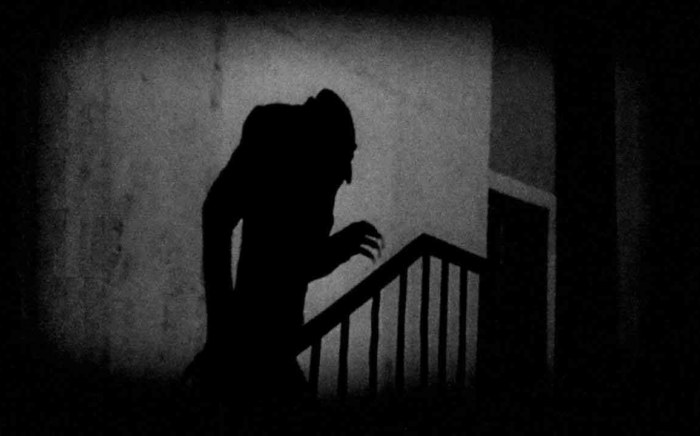 PAINTING WITH LIGHTTHE UNEASY ALLIANCE OF ART, POLITICS AND ECONOMICS IN EARLY SOVIET AND WEIMAR CINEMAby Mark Ryall It was the … 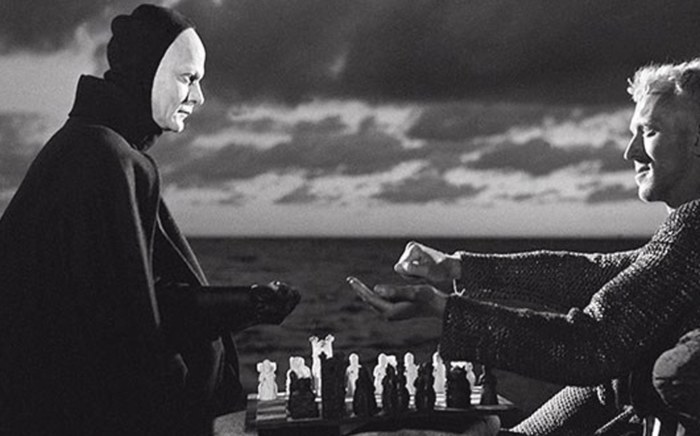 THE HETEROGENEITY OF ART CINEMA

“WHEN IN DOUBT, GO FOR MAXIMUM AMBIGUITY”: DAVID BORDWELL AND ART CINEMA When Geoffrey Nowell-Smith (1996) said that “the heterogeneity of …

HITCHCOCK AND THE UNCONSCIOUS SELF - Screentime.ie