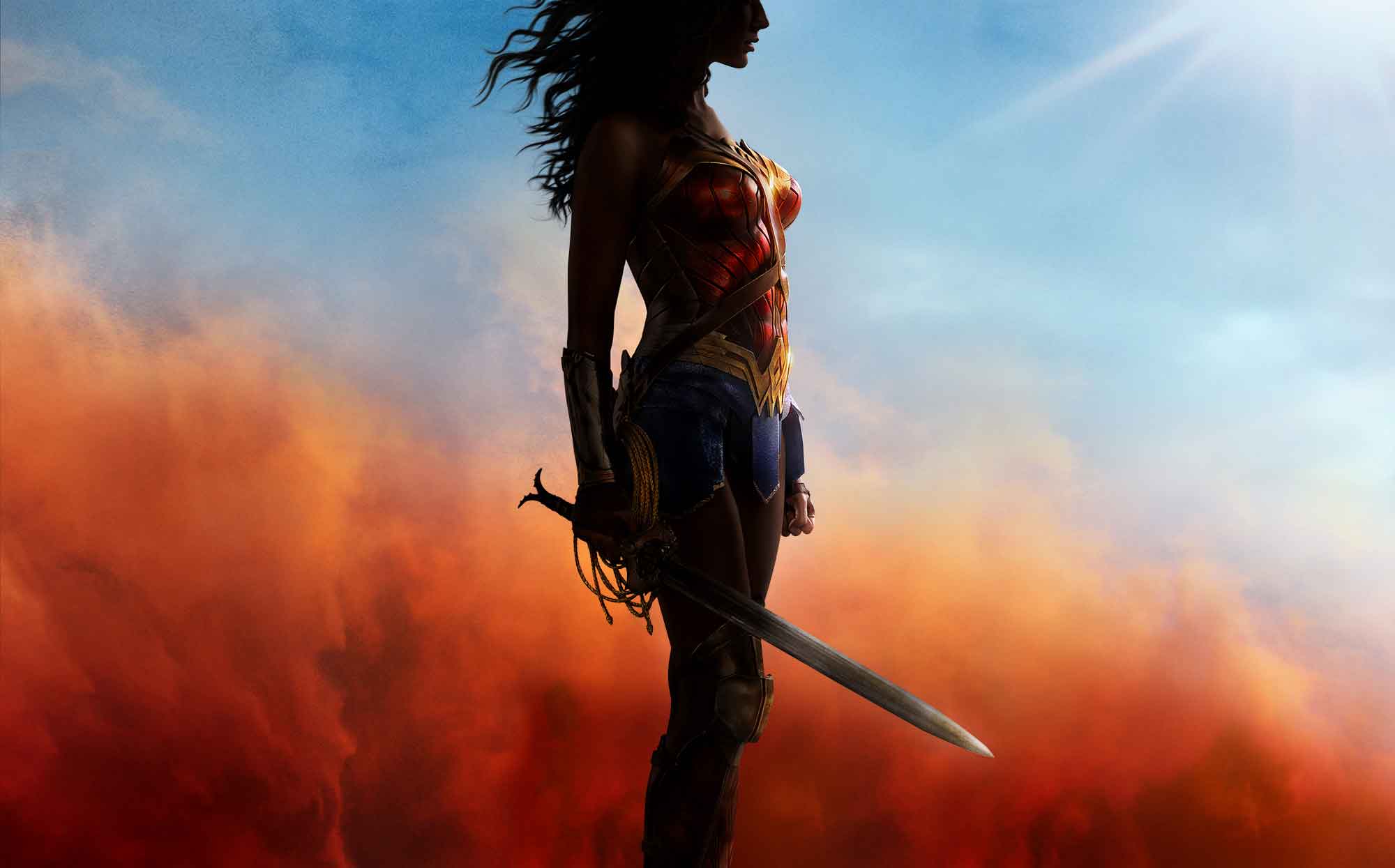 Here we have DC Films’ fourth attempt to emulate the colossal success of Marvel. Diehard comic fans (and conspiracy nuts) might like to think otherwise, but the critical massacre of Man of Steel, Batman V Superman and Suicide Squad was not down to some snooty film critic bias; it was because these movies were objectively terrible. That being said, Wonder Woman benefits greatly from association with what has come before.

In the closing days of World War I, the utopian island of Themyscira is left untouched by global events because it’s hidden behind a magical something-or-other. Here, Diana (Gal Gadot) has grown up in a society of women who spend all day knocking seven bells out of each other for kicks. But then international super spy Steve Trevor (Chris Pine) drops from the sky followed by the German navy and all hell breaks loose. With Germany preparing to sign an armistice, Trevor is in possession of intelligence proving that a nutty general called Ludendorff (Danny Huston – no stranger to a little ham and cheese) is planning to prolong the War by releasing a deadly new strain of gas, and killing thousands in the process. Diana decides to help Trevor, so after a quick stop in London (plenty of fish-out-of-water jokes), she’s off to the Western Front to fight the Hun.

Director Patty Jenkins deserves much respect for ditching the comic book cookie-cutter blueprint. Somehow, she has managed slip a movie past all the production committees, marketing managers and test audiences that isn’t wall-to-wall with spectacle for spectacle’s sake. The pace of Wonder Woman isn’t exactly laid back, but it’s practically horizontal compared with the current crop of formulaic superhero fluff. Allan Heinberg’s script achieves all the necessary suspension of disbelief while still allowing plenty of breathing room for antiquated notions such as pacing and character development.

Dark and gritty certainly hasn’t helped DC’s efforts so far. So when your protagonist is running around WWI trenches in a metal bustier and magic rope of truth, it’s best to just commit to the silliness. In this regard Wonder Woman is honest in its intent. It doesn’t do irony, and Jenkins has gone for a look-and-feel reminiscent of Universal’s pulp-y film serials from the 1930s. It’s a better movie for it. The war setting will no doubt prompt some favourable comparisons with Joe Johnson’s Captain America (the current high water mark of spandex), but a better comparison would be Johnson’s forgotten classic, The Rocketeer.

It has become a comic book convention to throw franchise-building cameos at the screen like monkeys flinging excrement against a wall, so it is refreshing to see a film titled Wonder Woman that deals solely with the one character. Come November, Gadot will be back with Batman, Superman and Fishman in Justice League, but for now she’s given the respect of carrying a movie solely on her own shoulders. Both Gadot and Pine are perfectly cast. She completely owns the role and her innate charm is more than enough to carry her through some absurd chunks of action. Pine is a versatile actor, often far better than the roles he accepts. While the role isn’t exactly a stretch, he handles the mix of humour and gravitas with  confidence.

Clocking in at well over the two hour mark, Wonder Woman just doesn’t know when to quit and much of the final act could have been left on the cutting room floor. The last 25 minutes – when David Thewlis pays the humiliating price for filling the “quality actor slumming it” role – is another button-mashing end-of-level boss fight that could have been lifted from any number of similar movies.

DC Films badly needed a win after a series of costly misfires. Wonder Woman isn’t a masterpiece, but it is a confident summer blockbuster that doesn’t try to be big or clever. Essentially, it achieves what it sets out to do, and in that regard it is a victory.