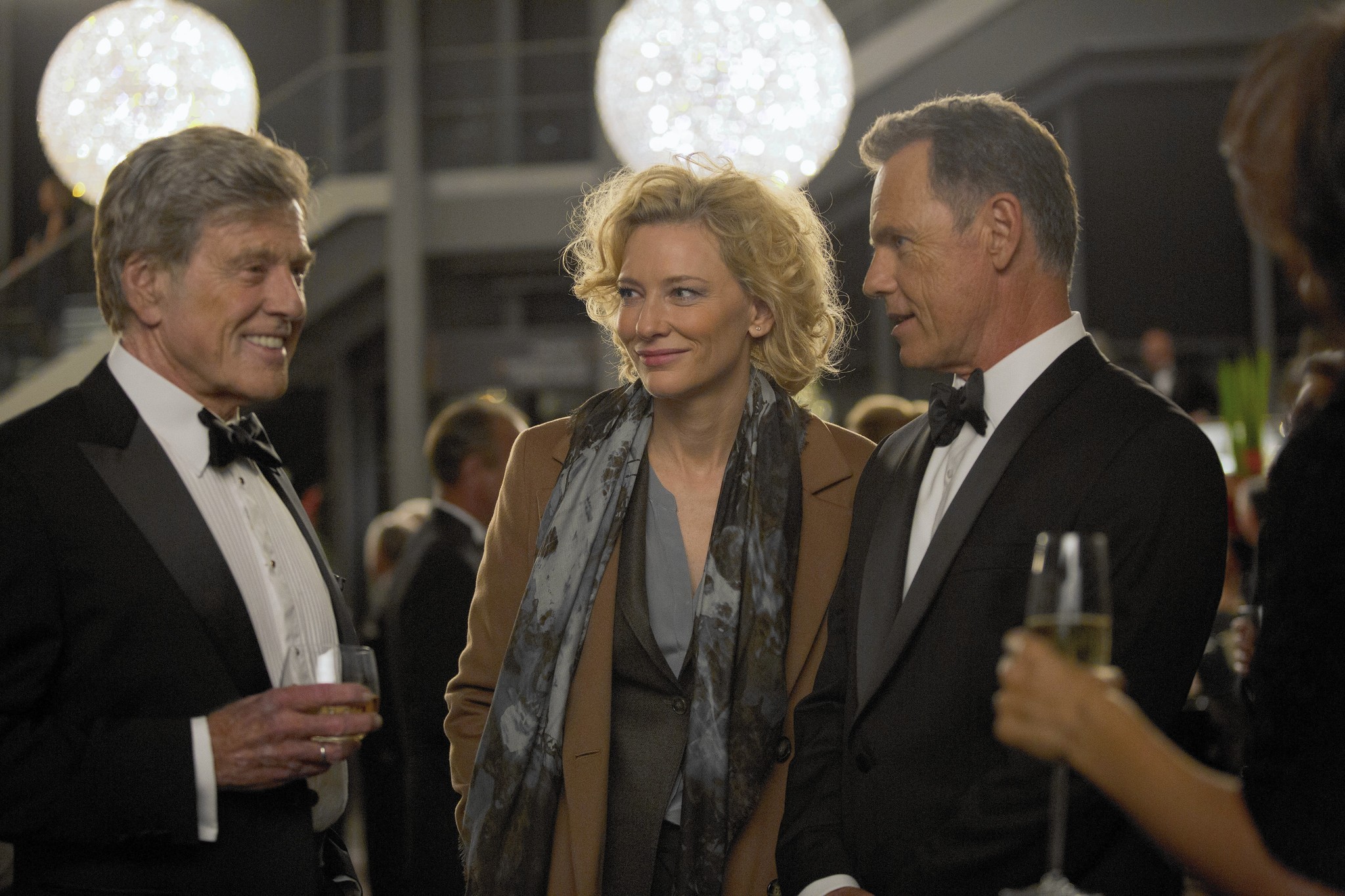 The logic behind delaying the release of Truth (it has been out in the US since last October) was presumably in the hope that it might somehow benefit from the enthusiastic response to Spotlight. But, if anything, it only invites unfavourable comparisons with a broadly similar but vastly superior film. Tom McCarthy told compelling story of integrity with a minimum of fuss. James Vanderbilt just showboats.

Truth is the story of a CBS news feature exposing George W Bush’s war record in the run up to the 2004 Presidential election. At the height of the Vietnam War in 1968, Bush successfully dodged the draft by fast tracking his application to the Texas National Guard. 60 Minutes producer Mary Mapes (Cate Blanchett) obtains documents purportedly proving that significant pressure was applied to sugar coat Bush’s chronic performance record and cover up some prolonged absences from duty. In a rush to get the story to air, Mapes throws journalistic ethics to the wind and cuts some vital corners. After the story is broadcast it emerges that the documents were faked using contemporary word processing software.

From that point on, the CBS news team become the story instead of Bush’s war record, and Mapes is slowly squeezed out of her job.

Truth is essentially a two-plus-hour drama about failure that uses fonts and kerning for dramatic tension. No journalistic cliché is left unchecked along the way. The 60 Minutes team live on takeaway food, sleep on sofas, and consume enormous quantities of booze without any obvious effects on performance. As legendary news anchor Dan Rather, Robert Redford spends most of his time on screen fixing cufflinks and cradling two fingers of scotch with ice. He owns many leather-bound books, and his apartment probably smells of rich mahogany.

Truth is screenwriter Vanderbilt’s (Zodiac, Amazing Spider-Man 1 & 2) first directorial effort and he makes a big deal about very little. A good 20 minutes could have been trimmed from the bloated running time if the director had done away with the endless slow motion hero shots of characters watching television and walking out of offices. It’s a story of blunders and poor judgement, and no amount of grandstanding can disguise that.