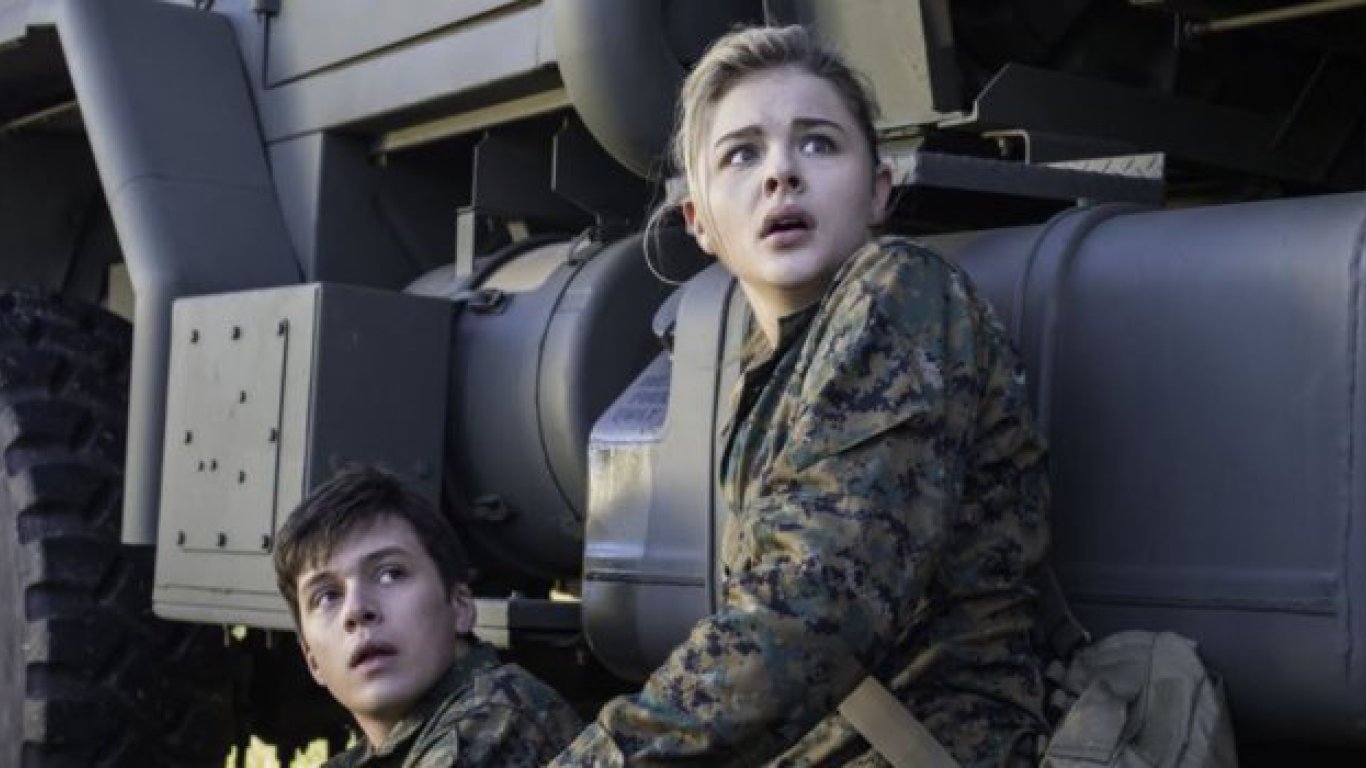 Teen lit by the numbers.

The Hunger Games – mother of young adult franchises – are done and dusted, but there’s still disposable income in them hills. So Columbia is cutting itself a lucrative slice of the YA pie with this adaption of Rick Yancy’s novel. A minuscule budget combined with franchise potential probably made it worth a punt for the studio, but The 5th Wave falls flat in comparison with most other examples of the genre.

In a dystopian near future (is there ever any other kind?) Earth has been invaded by a race of aliens called “others.” A series of attacks has decimated humanity, and the invaders are preparing a final attack to wipe out what’s left. Teenage Cassie (Chloe Grace Moretz) is searching for her little brother, the only member of her family left alive. For some reason, the US Army is training up a bunch of kids to fight off the aliens, and there’s a dash of boy trouble to please the target demographic along the way.

The threadbare budget is a virtue during some eerie early scenes of a sparse population trying to maintain a modicum of normality, but the lack of cash soon becomes a liability. There is a noticeable lack of aliens in this alien invasion flick, and it has the feel of a Sci-Fi Channel TV movie. This wouldn’t be quite so obvious if the story was decent, but The 5th Wave is teen lit by-the-numbers. When we first meet Chloe, she’s a kickass (pun intended) survivalist, but once the token love interest pulls a “Darcy,” she is sidelined into a walking set of batting eyelashes.

13-year-old girls might get a kick out of it, but there’s precious little here for the rest of us.