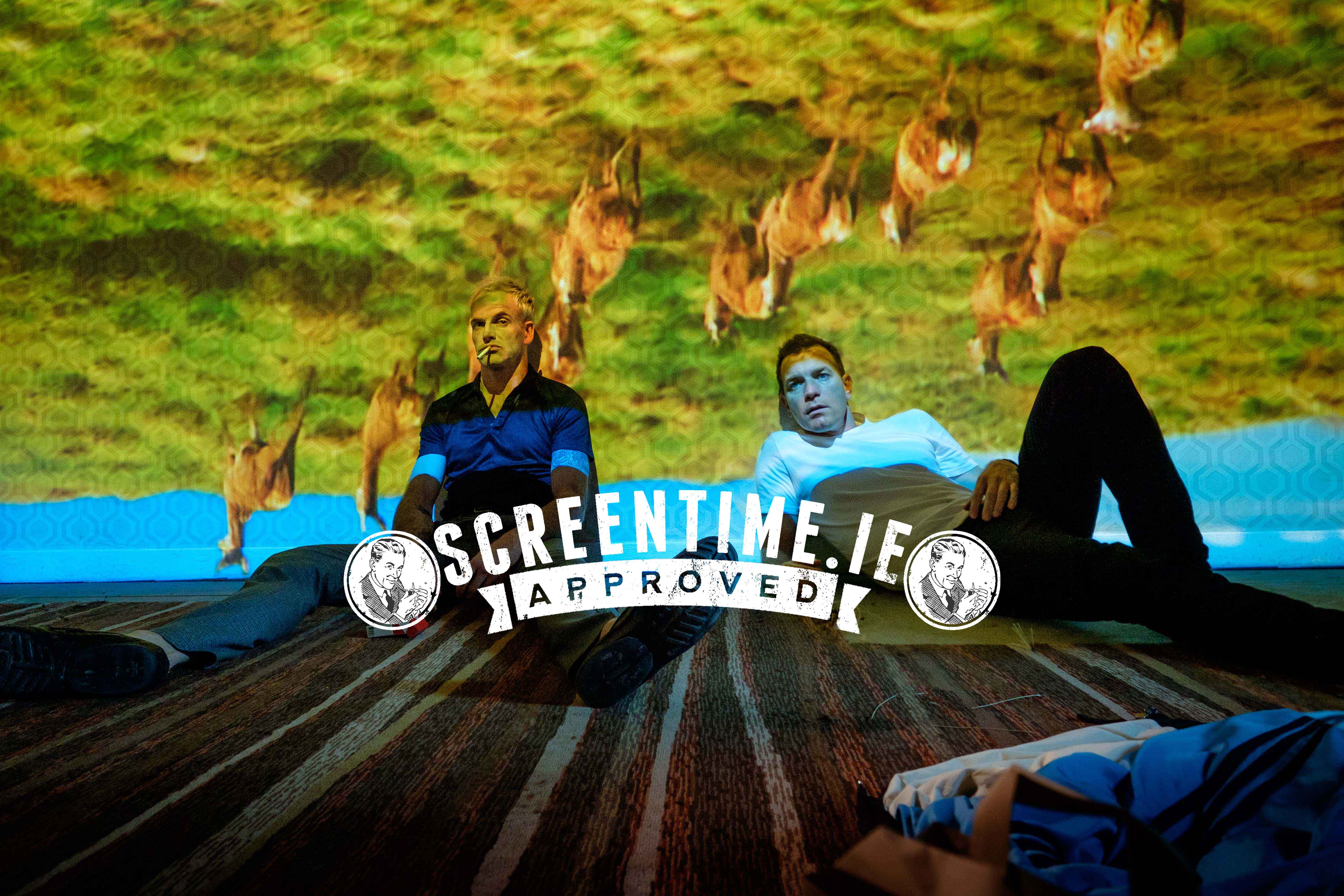 ``Somehow Boyle has managed to pull it off.``

If I had to pick one movie that defined the 1990s (on this side of the Atlantic anyway), it would be Trainspotting. Danny Boyle’s adaption of Irvine Welsh’s novel helped launch many a career, and it consolidated Boyle’s reputation as a director to watch. The soundtrack sold by the bucket load (on cassette, of course), and the poster was on the wall of everyone’s first flat. But Trainspotting was a movie very much of its time, and sequels are rarely a good idea (Boyle stuck to producing 28 Weeks Later). The potential of T2 Trainspotting to disappoint is huge, but Boyle has managed to make it work.

The 46-year-old Mark Renton (Ewan McGregor) has chosen life. He’s chosen a steady job, a wife, treadmills, health insurance, and everything that his younger self railed against. Renton is living an affluent lifestyle in Amsterdam, but a minor health scare causes a major midlife crisis. He decides to return to Edinburgh and make amends with the friends that he ripped off to the tune of £16,000. His home town is a very different place to the one he left 20 years ago, but Renton has no trouble finding Darren “Spud” Murphy (Ewan Bremner), as it seems that the gentrification hasn’t yet reached the council tenements of Leith. Spud is still tragically addicted to heroin, but Simon “Sick Boy” Williamson (Jonny Lee Miller) has swapped the brown stuff for cocaine. He now runs a run-down pub in the middle of nowhere and supplements his income with some minor league blackmailing. Simon has a scheme to turn the pub into a brothel – sorry – sauna, and Renton suggests applying for an EU business enterprise grant worth £100,000 (enjoy it while it lasts). More money. More paranoia. More betrayal.

Meanwhile, Begbie (Robert Carlyle) has spent the last 20 years incarcerated at Her Majesty’s pleasure. Tired of waiting for parole, he decides to release himself of his own volition. A quick pit stop to pick up the timeless Pringle jumper / tasselled loafer combo, and shark-eyed Begbie is back out hunting. And very keen to have a wee chat with Renton.

If T2 Trainspotting has a precedent, it’s This is England. Like Shane Meadows, Boyle struck casting gold when he landed on this ensemble. But where This is England was about growing up, T2 Trainspotting is about growing old and the inevitable disappointment that comes with looking back. Underneath the hedonism and levity there is the melancholy that comes from examining the world around you and realising that you don’t know where you fit into it anymore.

Like a middle-aged man struggling to get out of a comfy chair, T2 Trainspotting can’t replicate the energy of the younger model. The pacing isn’t as tight – 20 years on and it’s easy to forget what a lean movie the original was – and the caper subplot is of little interest. Renton’s updated “choose life” monologue (“Choose Facebook, Twitter, Instagram. And hope that someone, somewhere cares”) is pretty toothless. The original was an urgent, zeitgeist-defining manifesto delivered by a very angry young man. McGregor’s self-conscious delivery suggests that he’s aware of how ridiculous it sounds coming from a relatively successful, middle-aged man. Considering the ample targets at his disposal, it is a missed opportunity.

But none of that matters.  It’s just a pleasure to revisit these characters after 20 years. Renton isn’t the main focus anymore. Instead, it’s the chemistry and interplay between all four leads that is the big selling point. Begbie is still one of the scariest sociopaths ever committed to screen, but the emotional heart of the film is Bremner’s tragic clown. Spud is still the whipping boy and source of much humour, but Bremner gives the character a degree of dignity, and there is redemption along with pathos.

Perhaps the biggest misfire is Anjela Nedyalkova. In a role far too significant for her meagre abilities, Nedyalkova’s performance screams “fashion model turned actor” and she is woefully ill-equipped to keep up with the rest of the on-screen talent. Kelly MacDonald’s welcome but all-to-brief return (“She’s too young for you, Mark”) makes her shortcomings are all the more apparent.

The 60 year-old Boyle still directs like a young man and has no trouble in dipping back into the same box of tricks. All the visual flourishes that defined the original are still here – the freeze frames, forced perspectives and Dutch angles – but Boyle has updated his palette, interspersing the present-day action at key moments with poignant archival 8mm film footage of the four characters as children. But T2 Trainspotting is also very, very funny. Swearing may not be big or clever, but it takes on a lyrical beauty rolling off Scottish tongue. And writer John Hodge gets full marks for mining the humour from Protestant sectarianism.

Nostalgia isn’t what it used to be. Getting the band back together is never a good idea. But somehow Boyle has managed to pull it off and it’s far better than we could have hoped for. T2 Trainspotting shouldn’t really work but it most definitely does. If this were an album it would be Blur’s “Magic Whip”. It looks forward without trying to recapture the past, but still reminds you of what you fell in love with in the first place.

And none of them got fat. The bastards.