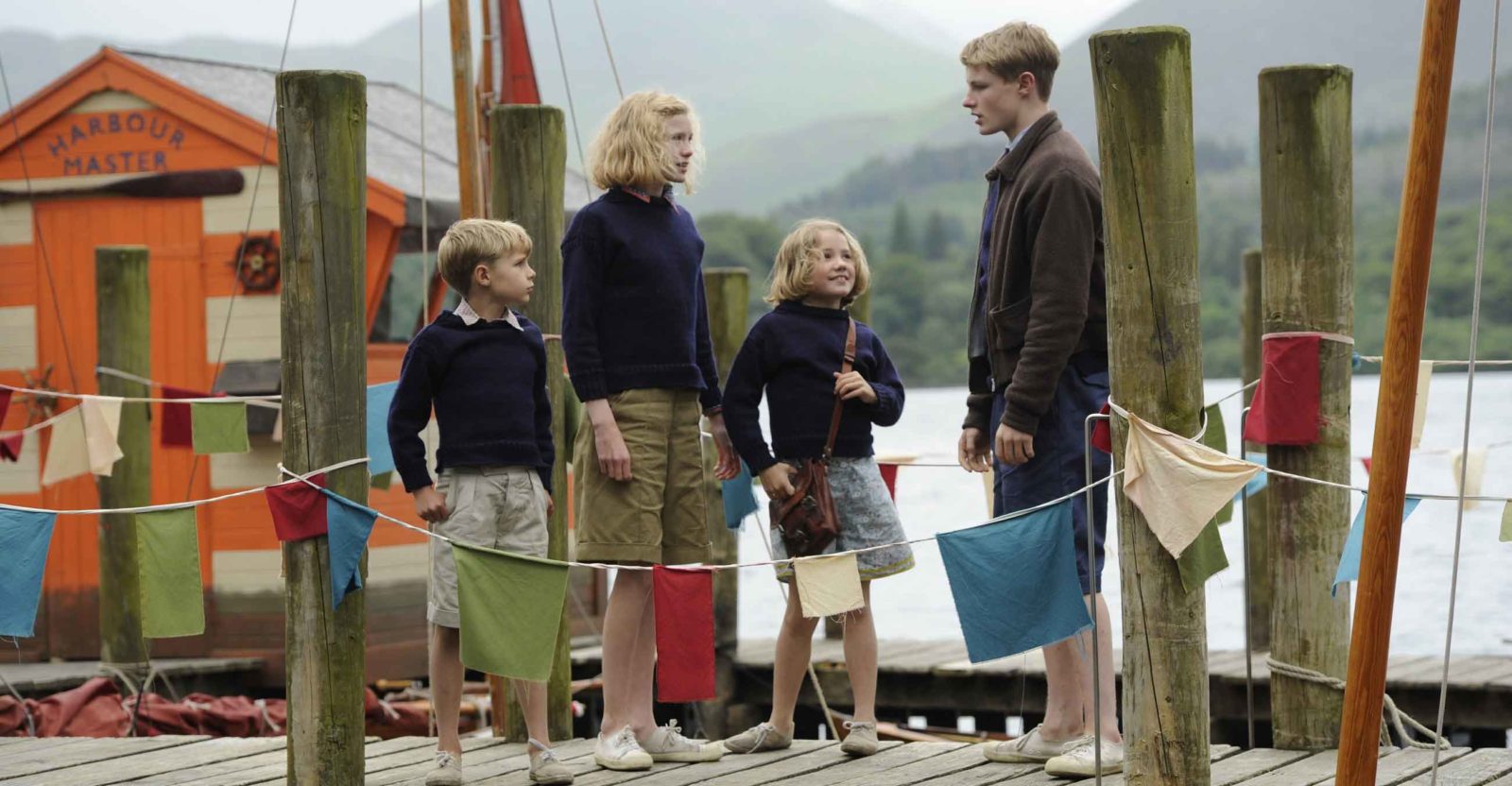 Swallows and Amazons – the first in Arthur Ransome’s long-running series of children’s books – was already adapted back in 1974. But those were simpler times and it’s doubtful that there is a big audience for this nostalgic, rose-tinted material in the days of Pokemon Go, knife crime and hordes of youths roaming Purge–style through the streets.

Set in 1935, the Walker clan head off to the Lake District for the summer. With Father Walker off serving in the South China Sea, Mother Walker (Kelly Macdonald) is left in charge of this middle class brood of Russian nesting dolls. After a few days down on the farm and boredom begins to set in. So under the supervision of eldest son John (Dane Hughes), Mother Walker allows four of her children to take off in a small sailboat and camp out on deserted island in the middle of a lake. Oddly enough, Child Services are not called in and the four little Walkers don’t die of exposure. Instead the children engage in some zesty, outdoorsy fun and much messing about on boats.

Director Philippa Lowthorp’s background is in TV (Call the Midwife, BBC mumblefest Jamaica Inn) and while functional, the film has a flat, uninspiring look. Ransome purists – if there is such a thing – might balk at some of screenwriter Andrea Gibb’s concessions to modernity. For obvious reasons, the name of middle Walker sister (played by none-more-posh, quadruple-barrelled Teddie-Rose Malleson-Allen) has been changed from “Titty” to “Tatty”.

But the biggest deviation from the source is a subplot involving Russian spies and space rockets. This isn’t as farfetched as it first appears, and Gibb has drawn inspiration from Ransome’s own life. A foreign correspondent during the First World War, Ransome covered the Russian Revolution in 1917. The writer was close with Lenin and Trotsky, and ended up doing a spot of gentleman spying for the British government.

The problem here is that Jim Turner – the dashing spy character – is played by Rafe Spall. With all due respect to the actor, “dashing” wouldn’t be the first word that springs to mind. In full-on villain mode, Andrew Scott often falls back on big pantomime performances (Moriarty in Sherlock, Denbigh in Spectre) but he’s not given much to do here bar skulking around behind a newspaper with eye holes cut out.

Swallows and Amazons is a very safe, relatively faithful adaption of a book that’s close to 100 years old. It’s aimed squarely at bearded, penny-farthing-riding parents who say things like, “When I was your age all I needed was a stick”. In its own way, it’s quite charming – the sort of thing that you’d happily watch on the telly on a bank holiday afternoon – but it does seem a little quaint for modern tastes. Swallows and Amazons is cut from the same twee cloth as Enid Blyton’s Famous Five series, but if that was adapted today it would probably star Jaden Smith and Rhianna, and the dog would be telepathic. This, however, is a slight, innocent adventure with pirates, parrots, scrummy ginger beer and lots of speldiferous cake. Kids will have to be dragged to the cinema kicking and screaming.