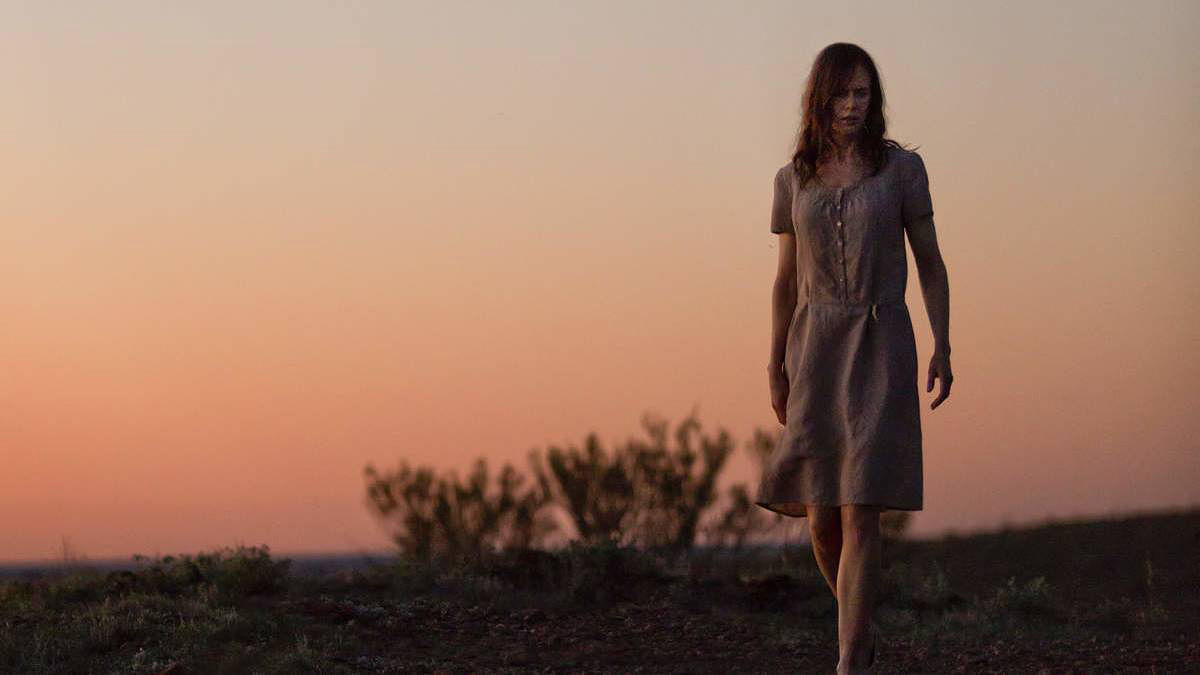 This Irish/Australian co-production is mildly diverting and well-acted, but ultimately unfulfilling.

Catherine and Matthew Parker (Nicole Kidman and Joseph Fiennes) are driven away from a successful life in Canberra and are trying to make a fresh start in a backwater New South Wales town. Catherine is easy going, but Matthew is uptight and paranoid. The source of his neurosis seems to stem from an unspecified scandal involving their precocious, sexually promiscuous 15-year-old daughter Lily (Maddison Brown). When both Lily and their son Tommy (Nicholas Hamilton) vanish in the middle of the night, Matthew is initially hesitant to report the disappearance, but local detective David Rae (Hugo Weaving) starts delving into the couple’s past.

At first, the tightly-coiled Matthew appears the most engaging character, but as the intricacies of the Parker’s complex relationship is slowly revealed, Catherine’s unravelling personality proves to be the more compelling role. Kidman displays an uncommon depth, and delivers a layered, well-drawn portrait of a mother in a state of mental anguish. It’s a fine effort, but not enough to sustain interest in a flabby narrative that offers too many clues and not enough resolution.

Director of photography PJ Dillon makes good use of the foreboding Australian landscape. The desolate outback scenery is presented to be as much of a threat to the missing children as any human suspect. More than once we are shown the same sweeping footage of a deserted mountain range, with the intimation that secrets are about to be revealed. Instead, Michael Kinirons and Fiona Seres’ script settles for an ambiguity that hasn’t been earned. In the end, Strangerland is much ado about nothing.