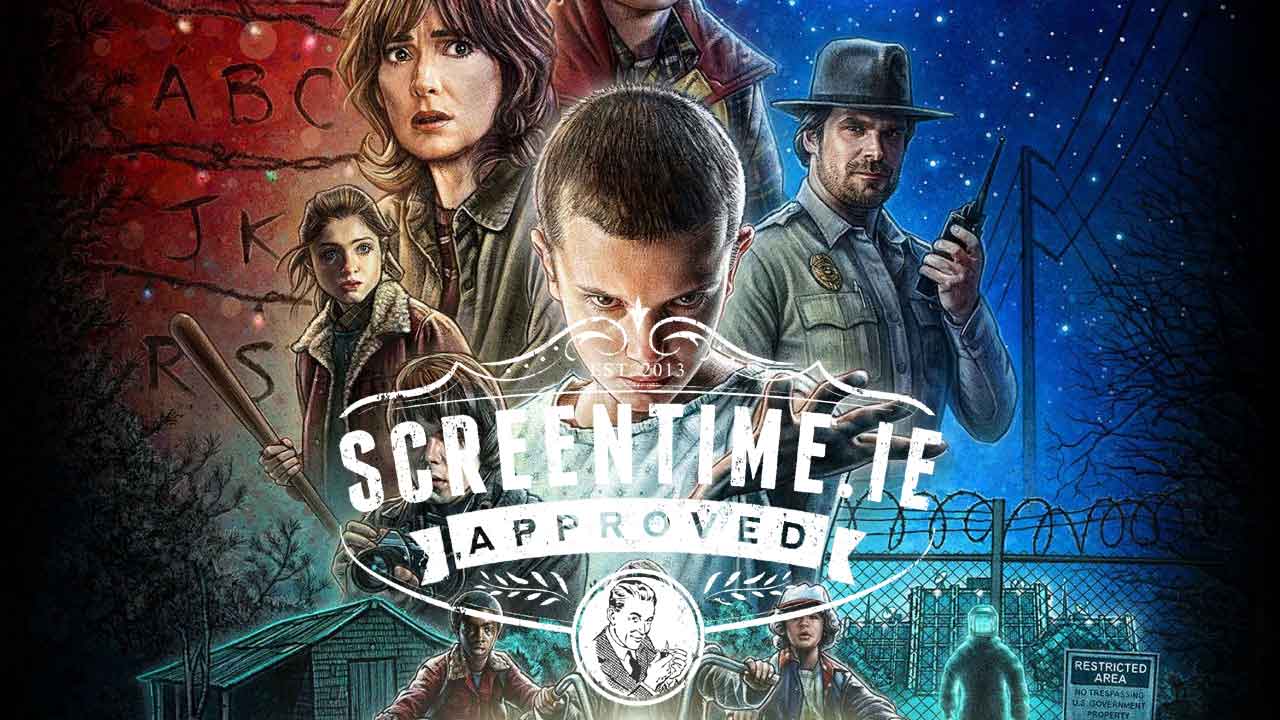 A love letter from your grown-up self to your forgotten inner child.

What makes this sci-fi horror so good? Pitch-perfect characterisation, faultless pacing, and the warm glow of nostalgia. The track record of creatives Matt and Ross Duffer (Wayward Pines) and Shawn Levy (Night at the Museum) doesn’t inspire much confidence, but they have captured lightning in a bottle. In a nutshell, Stranger Things is every movie that you loved when you were ten years old rolled into one. Close Encounters, Poltergeist, The Goonies, Alien, Stand By Me, The Fog – you name it and Stranger Things will bring you back to it sooner or later. This is a love letter from your grown-up self to your forgotten inner child. In an increasingly homogenised world (the former Anglo Irish headquarters is now a Starbucks), Stranger Things draws you back to a time when America seemed to exist on a distant, wildly exotic planet. It reawakens tiny details from childhood that you had long consigned to history, like your first experience of E.T. The Extra Terrestrial, or the disappointment of finally getting a taste of Hershey’s chocolate.

As soon as the opening credits kick in, this world feels familiar. From the subtle speckles of video noise over a shifting neon font to the throbbing electronic score lifted from the John Carpenter school of dread and forboding, this sequence has been cleverly constructed to suggest a Stephen King adaption that never existed. Likewise, the incidental music draws from the very best of the period. Let me tell you something – I grew up in the eighties, and as far as I remember it didn’t all suck. All too often the decade is used as a post-ironic punchline to a cheesy joke, so it’s nice to hear The Clash, Joy Division, and Echo and the Bunnymen referenced instead of Wham, Duran Duran or Tiffany. This is a loving homage, not a hollow, soulless pastiche.

The story involves the sudden disappearance of 12-year-old Will Byers (Noah Schnapp) from a small suburb of Indiana in 1983. Will’s mother (Winona Ryder) begins to suspect that her son has been taken by a malevolent supernatural entity. The local sheriff (David Harbour) refuses to accept that anything untoward could happen in his sleepy town, so Will’s tight group of friends – Mike (Finn Wolfhard), Dustin (Gaten Matarazzo) and Lucas (Caleb McLaughlin) – take matters into their own hands. While searching the woods where Will went missing, the boys stumble upon an escapee from the mysterious government facility on the outskirts of the town. Eleven (Millie Bobby Brown) shares a strong link with both Will and the creature that took him, and she agrees to help the boys in their quest to rescue their friend.

The young, first-time actors have been cast to perfection. The boys’ obsession with Dungeons and Dragons and enthusiasm for science isn’t just used as narrative shorthand for “loser”. Their natural curiosity and inventiveness is central to the can-do problem-solving process. Without any of the pre-existing baggage of seasoned performers, the viewer is allowed to accompany this novice cast on their journey of discovery. Wolfhard and especially the adorable Matarazzo punch well above their weight, but Brown gives a star-making performance as the androgynous Eleven. She conveys more emotion through expression than reams of dialogue could ever achieve. The older, adolescent members of this ensemble are slightly harder to swallow (except Barb. Barb is awesome), but even the bequiffed douchebag jock is allowed a redemptive resolution. Stranger Things has handed Ryder a career-reversing role. As the depressive, possibly paranoid Joyce, Ryder occasionally reverts to melodrama, but it’s a pleasure to be back in her company nevertheless.

The eight-part format is driven purely by story, rather than dictated by the demands of industry standards. The Duffer Brothers have dreamed up a finite tale with a specific narrative arc, and Netflix have allowed them the freedom to tell it in the manner of their choosing. And eight episodes is just right. Shows like Lost and The X Files spent years setting up elaborate internal mythologies, then alienated a rabid fanbase by teasing out small reveals in an overcomplicated piecemeal fashion. But Stranger Things doesn’t hang about; it poses questions and drops hints, then answers these mysteries in a satisfying manner – all in less than eight hours.

The only problem with this near-perfect piece of entertainment is that Stranger Things is just too good to be left alone. The show’s well-deserved success means that a second season is inevitable. Poking this carcass may well turn out to be a mistake, and diminish the singularity of this wonderful gift, but for now just enjoy it for what it is.

I really hope that somewhere there’s an age-inappropriate kid watching this from behind the couch. They will probably have nightmares about the bogeyman for weeks, but watching stuff that you’re too young to be watching is an essential rite of passage for a developing young mind. With a bit of luck, Stranger Things will start them on a “if you liked that, try this” journey of discovery, and that kid may well turn out to be the Spielberg of the future.