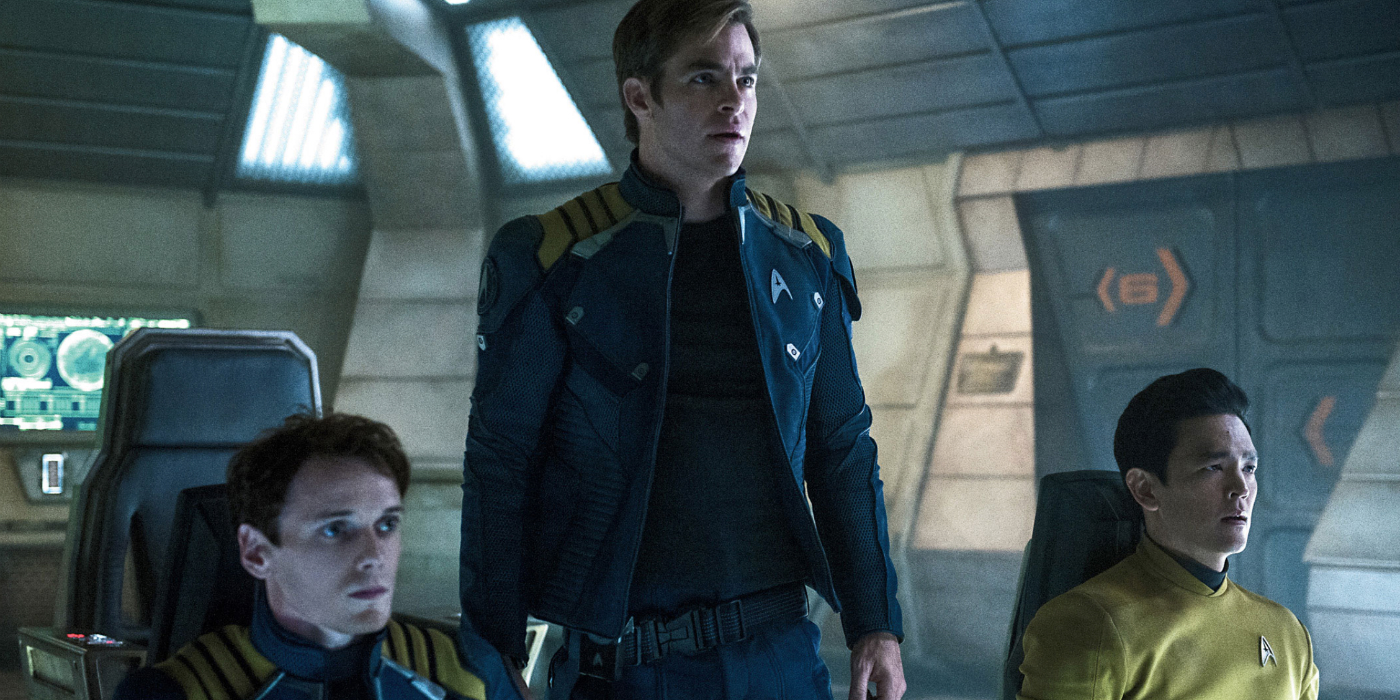 A significant improvement on what has come before.

The Star Trek franchise has spent the last few years in sick bay. After the disastrous Star Trek Into Darkness (2013), J.J. Abrams managed to obliterate most of the goodwill generated from his 2009 reboot. But rather than hanging around to pick up the pieces, Abrams added insult to injury by jumping ship to a rival space opera – a crime akin to eloping with your best mate’s lover in the realm of geekdom. With Fast and Furious director Justin Lin taking up the reins, and poacher turned gamekeeper Simon Pegg on co-writing duties, Star Trek Beyond arrives with a lot to prove.

Three years into their five-year mission, and the crew of the USS Enterprise are suffering from the Wednesday blues (Space can be quite boring, apparently). Captain James T. Kirk (Chris Pine) is considering an earthbound Admiral’s position, and Spock (Zachary Quinto) has decided to leave Star Fleet and make some little Vulcans. This midterm funk is lifted when the Enterprise is sent on a rescue mission to a nebula in uncharted space. The mission is a trap laid by Krall (Idris Elba), a Farage-ish alien hell bent on the destruction of the United Federation of Planets. No “Better Together” for him. Krall overcomes the Enterprise’s defences with ease, and the crew are left scattered across a hostile alien environment.

Star Trek Beyond is a significant improvement on what has come before. Not recycling the script from Wrath of Khan (1982) certainly helps, but Lin has approached this as an individual mission. The result is a film more in step with a stand-alone episode from the classic series. In comparison with the over-reaching, under-achieving Into Darkness, Beyond is pleasantly restrained and much more satisfying.

Elba is unrecognisable, lumbering away under heavy prosthetics for most of the movie. His big bad is cut from the same clichéd cloth as a Bond villain; over-explaining what he’s doing while he’s doing it. Krall’s motivation is frustratingly elusive until a smart, final-act reveal reminds us of how clumsily the Benedict Cumberbatch character was handled in the last one.

Three movies in, and Pine has finally settled into the role of Kirk. He’s slowly steered away from William Shatner and made the part his own. The same can’t be said for the rest of the cast. Quinto, Karl Urban and Anton Yelchin are still aping what has come before. Pegg has done a commendable job with the script, but as an actor he is growing more insufferable by the minute. If anything, he’s upped the panto factor here, chewing his way through a Groundskeeper Willie “Och aye the noo, lassie” approximation of Montgomery Scott. Pegg is now so firmly entrenched in the Hollywood machine that it’s almost impossible to recall the everyman charm he brought to his early work.

There’s still far too much focus on spectacle over character, and following the frenetic action often depends on remembering who is wearing what coloured shirt. The interplay between the main cast often comes off as forced and inorganic. Obstacles are continually surmounted through narrative contrivance rather than inventiveness. And shoehorning in a Mars Attacks! (1996) riff with the Beastie Boys is one pop culture reference too far.

If there’s any life left in this franchise, it will probably depend on a lot of back-room wrangling between producers and cast. But on this evidence, more Star Trek isn’t the unpalatable prospect it was three years ago.

KUBO AND THE TWO STRINGS