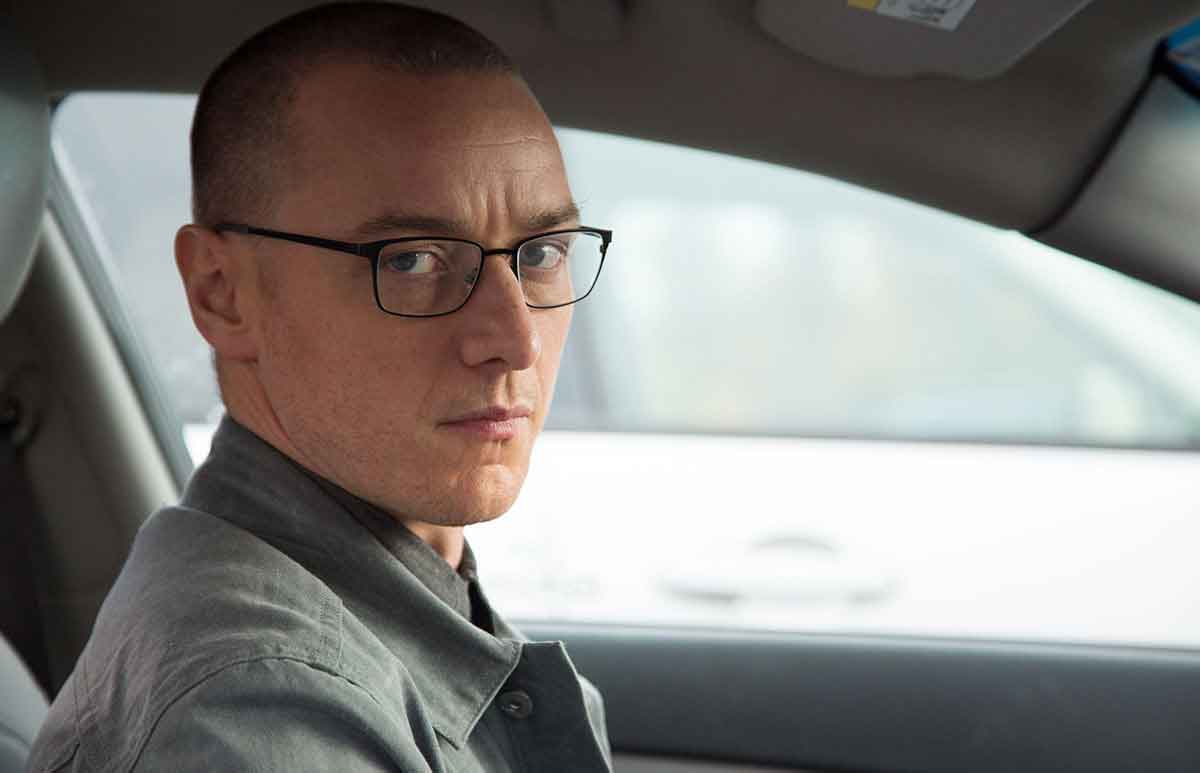 ``McAvoy stops short of having a conversation with himself with finger puppets, but only just.``

M Night Shyamalan may have started the century as the next Hitchcock, but by 2013 he was the new Uwe Boll. The Lady in the Water and After Earth bookended a string of disasters – with The Happening (easily one of the worst films ever produced) in the middle – and the director comprehensively destroyed all the promise of his early career. After becoming a victim of (and believing) his own hype, Shyamalan disappeared to lick his wounds. When he returned in 2015 with the low budget thriller The Visit, he seemed humbled, reinvigorated and finally comfortable with his niche status. Split is another solid B-movie with a barnstorming turn from James McAvoy,

Casey (Anya Taylor-Joy) and two other teenage girls are drugged and abducted from a suburban carpark. They awake in a windowless stone basement faced with their abductor. Kevin (McAvoy) suffers from dissociative identity disorder and his psyche is a very crowded place indeed. No fewer than 23 different identities all clamour for attention, but only the personality with access to “the light” is dominant at any one time. We know this because Kevin’s psychiatrist, Dr. Fletcher (Betty Buckley) has a PhD in exposition.

A couple of Kevin’s more malevolent identities have decided that the girls are to be sacrificed in order to spawn a very nasty 24th personality, called “the beast”. But a few of Kevin’s identities aren’t 100% behind the plan, and Casey tries to gain their trust in order to escape.

The young Taylor-Joy (The Witch, Morgan) continues to impress, but with all the business that McAvoy is doing here it’s a minor miracle that she manages to make any impression whatsoever. It’s safe to assume that McAvoy was never directed to dial things down a bit. He stops short of having a conversation with himself with finger puppets, but only just. McAvoy doesn’t so much get his teeth into the role as rip out the jugular and swallow it whole. It’s a performance that can only be described as uncorked. And rather enjoyable.

Shyamalan still can’t resist the lure of the twist, but the twists here are more clumsy than clever. The assumption that he couldn’t possibly resort to an outrageous, fantastical resolution proves to be unfounded, and once Split hits its final act it jumps from a fairly solid psychological thriller to a schlocky supernatural horror. Shyamalan is still nowhere near as clever as he thinks he is, but for the most part, Split provides further evidence of the director’s rejuvenation. He’s a pretty good genre filmmaker when he’s not trying to convince us of his genius.