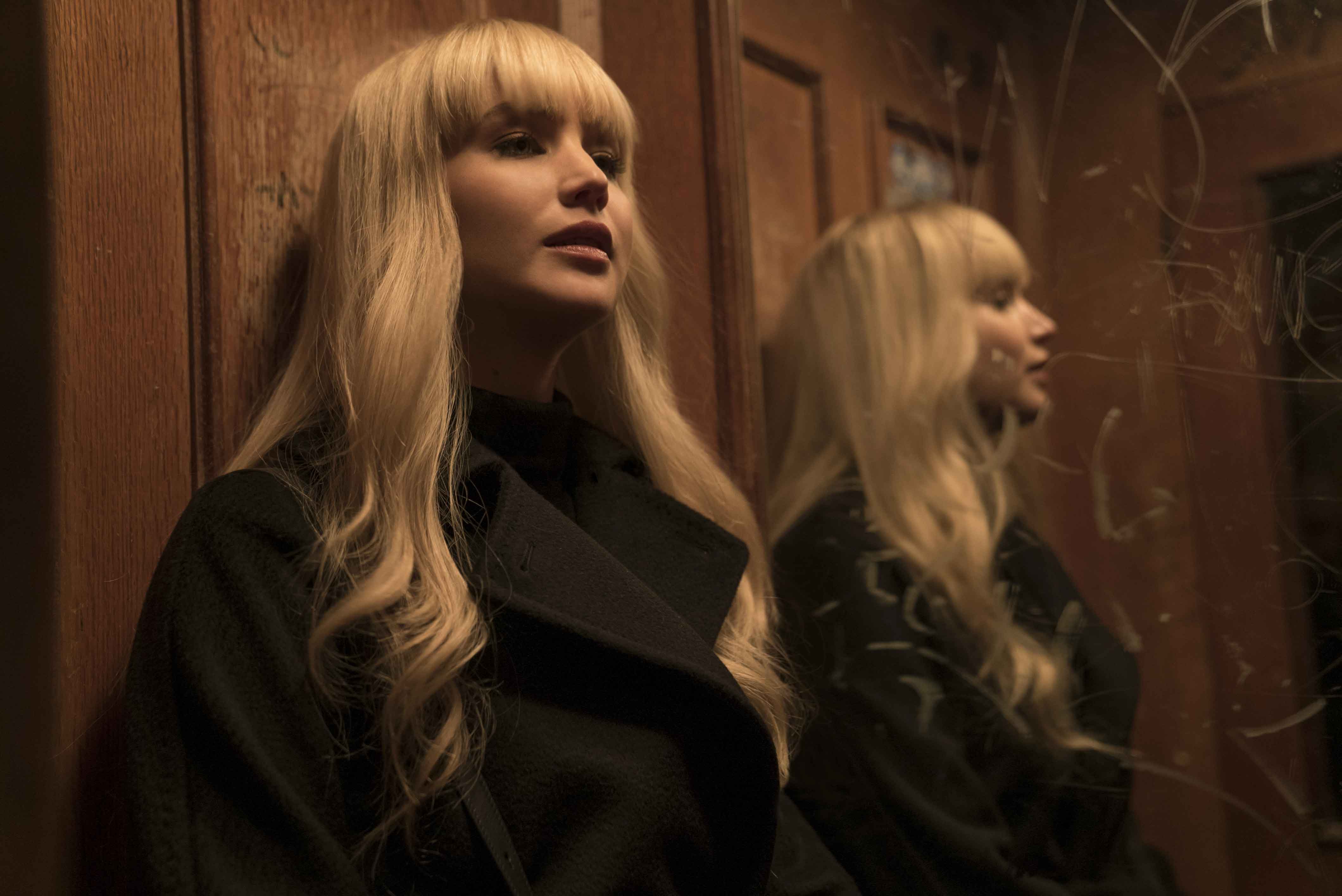 The career of prima ballerina Dominika Egorova (Jennifer Lawrence) is suddenly cut short when she suffers a broken leg mid-performance. As the sole provider for her ailing mother, Dominika’s future looks bleaker than a Russian winter. She goes to her uncle Dimitri (Matthias Schoenaerts), a bigwig in the SVR, for help. He’s a nasty piece of work who coerces his niece into prostituting herself in order to gain intelligence for the Soviet government. Bad uncle. Dominika is sent off to Charlotte Rampling’s School for Young Whores where she is dressed up like Rosa Klebb in From Russia with Love and taught how to use her body as a weapon in service of the State. Because, Russia.

Red Sparrow is an odd movie. The speed at which Dominika goes from ballet dancer to superspy just doesn’t scan. Justin Haythe’s screenplay (adapted from Jason Matthews’ book) ties itself up in is she/isn’t he double, treble and quadruple crosses. As the story bounces from Moscow to Budapest to London and back, much of it doesn’t make much sense from one scene to the next. More than one scene of gross-out torture stands in for action, and the whole thing leaves an unpleasant, misogynistic aftertaste.

Lawrence’s “mushi mushi, strong like bull” accent is wobbly throughout. This is quite an achievement, with Jeremy Irons, Ciaran Hinds and Joely Richardson all competing for the title of Most Convincing Russian. Belgian Schoenaerts wins the prize, but only because his uncanny resemblance to Putin pushes him over the line. In a minor role, Mary-Louise Parker seems to be under the impression that she’s doing Red 3, and nobody has thought to correct her.

Continuity errors and minor narrative inconsistencies have never bothered me too much, just as long as the overall story is decent. But Red Sparrow’s decidedly not decent story means that these blunders start to annoy. At one point Dominika steals a MacGuffin that is stored on ten 3 ½ inch floppy disks. It’s 2018 and somehow her laptop has a floppy drive. I know this is supposed to be Russia, but exactly how old is that laptop, and where did she get it?

Lawrence has been through a rough few months. First, Darren Aronofsky put her through hell (literally) in mother! and now she subjects herself to multiple scenes of torture, rape and a soupçon of incest over the top. Lawrence certainly believes in suffering for her art, but I’m not sure if Red Sparrow qualifies. Don’t believe the hype. It’s about as sexy as a colonoscopy.

DAWN OF THE PLANET OF THE APES