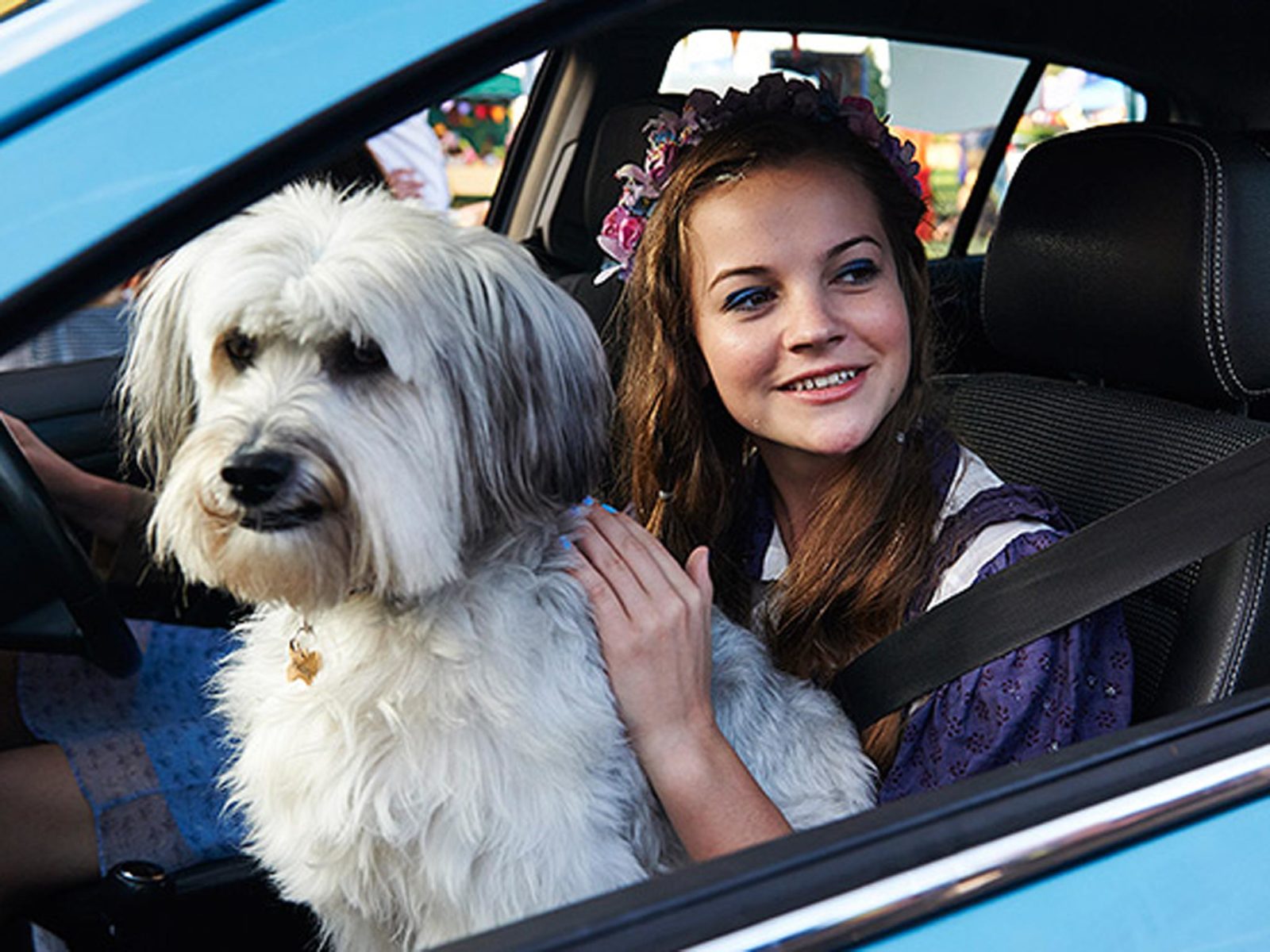 Curiously analogous with Leopold Bloom’s stream-of-consciousness ramblings in Ulysses, although I’m almost certain that this connection was unintentional.

“You know that dog off the telly? The one that can stand on its hind legs and sort of dance around a bit? Well, I think that he’s simply delightful. Simon Cowell should really give that dog his own film. I’m sure that a lot of people would pay good money to watch something like that in the cinema. That would be brilliant.” Said absolutely no one. Ever. For the life of me, I cannot work out whom the target audience for Pudsey the Dog: The Movie is supposed to be. Is it aimed at dog lovers? Or Britain’s Got Talent fans? Or perhaps dog-loving Britain’s Got Talent fans? It would seem that the demographic is so specific that it is rendered almost imperceptible. I have no particular affinity for dogs (or Britain’s Got Talent for that matter), but I do enjoy a nice biscuit from time to time. Having said that, I’m not expecting my local Cineplex to take up valuable big screen real estate with a movie involving a plot to smash an international Garibaldi-smuggling cartel any time soon (although that does sound like the sort of thing that Bruce Willis would commit to – if the money was right). And nor should I.

There is something odd presently happening in the world of film. While many of cinema’s best and brightest talents are moving away from Hollywood’s constraining studio system in favour of the relative creative freedom afforded by the subscription-based network model, some of television’s bottom-feeders are moving in the opposite direction. Jane Campion, David Fincher, Steven Soderberg and Shane Meadows have all made the switch over the past few years, while Kevin Spacey, Steve Buscemi and Matthew McConaughey have recently produced career-defining roles on the small screen. But the same can’t be said of TV franchises making the difficult transition into film. The problem with trying to sell TV characters in the context of the cinema, as demonstrated by Alan Partridge: Alpha Papa or The Inbetweeners Movie, is that something usually feels off.

Sitting in a cinema watching characters familiar to you in a completely different context is jarring. Film and television are two separate, distinct media, and they should stay that way. What works in one doesn’t necessarily work in the other. The inconceivable success of Mrs Brown’s Boys d’Movie was a rare exception, and also proved the complete redundancy of the film critic on public opinion.

If television is currently enjoying a second golden age, then cinema seems to be entering one of pewter.

The decision to expose Pudsey the Dog: The Movie to the scrutiny of a general cinematic release is simply unforgivable. This weak fare would be barely acceptable as a diverting hour in front of the telly on a bank holiday, but the scrutiny of the big screen merely leaves its countless shortcomings with nowhere to hide. The script is so weak that it is almost non-existent, and the acting is forced to the point of pity. The voice of Pudsey is provided by the insufferable David Walliams, who contributes an interior monologue consisting of a constant desire for sweetbreads and the pleasures of arse-sniffing. This device is curiously analogous with Leopold Bloom’s stream-of-consciousness ramblings in Ulysses, although I’m almost certain that this connection was unintentional.

Burdened with an unwieldy title, and carrying at least one definite article too many, Pudsey the Dog: The Movie sounds like an Alan Partridge pitch (Rise of the Planet of the Great British Bake-Off? Inner City Sumo? Monkey Tennis?). The end result is about as successful as the title would suggest. Jessica Hynes has all-but-squandered the promise of her early career, and I can but hope that this will mark the future low point on her increasingly-ropey resumé. It is particularly disheartening to see the once-revered John Sessions essentially reduced to dancing for coins. Sitting through Pudsy the Dog: The Movie feels like stepping in something warm and steaming. Avoid.

DAWN OF THE PLANET OF THE APES

MAGIC IN THE MOONLIGHT

PUDSEY THE DOG THE MOVIE - Screentime.ie