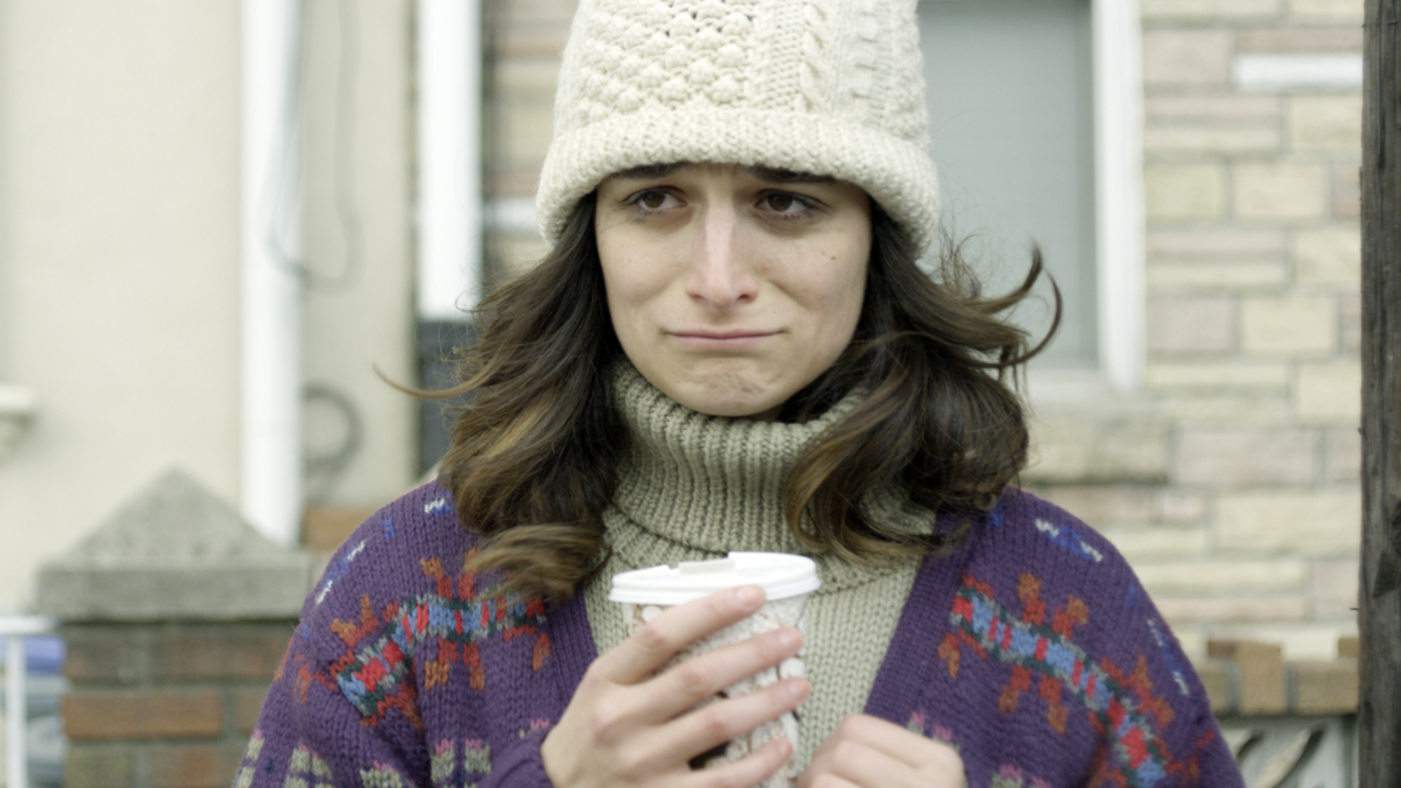 Tries to address a prickly subject with a fresh perspective, but the end product is buried under hateful characters and cringe-inducing toilet humour.

The marketing campaign for writer/director Gillian Robespierre’s debut feature was originally pitched as an “abortion rom-com,” but this attention-grabbing hyperbole has since been dialled back in the run up to its release. In truth, there is more to Obvious Child than that clumsy, pro-life-baiting pigeonhole, but not much more.

Donna (Jenny Slate) is a twentysomething amateur comedian/clerk/whatever. She drinks from jam jars, works in a bookstore called “Unimpressive Non-Imperialist Bargain Books” and wears Crocs outdoors without shame. Night after night she performs at a Brooklyn open mic club in front of six-to-ten bearded, moustache-waxing, shoes-with-no-socks-wearing bohemian yoghurt-knitters. Her stand-up schtick consists of observations about cheese in her day-old underwear, breaking wind during sex and generally operating without any filter of social acceptability. Night after night the six-to-ten yoghurt knitters eat this up with a spoon.

After a difficult break-up with her long term boyfriend, Donna meets her polar opposite in the form of preppy Max (Jake Lacy). She immediately starts assassinating his character and he’s inexplicably besotted with her (probably because he hasn’t seen her act). While the two flowering lovers are engaging in a spot of al fresco urination, Max farts directly in Donna’s face, and ten seconds later they start snogging. Honestly, if I’d known that flatulence was a sure-fire route to a woman’s heart, then my twenties may not have been such an arid desert of sexy time. Still, it’s all character-building, right? Anyway, after a one night stand Donna discovers that she’s pregnant. Having a child isn’t on the agenda (because she still is one) so she decides to have an abortion.

The major problem with Obvious Child lies with Jenny Slate’s performance. For the lead character in any rom-com to work, they need to be either funny (Barbra Streisand in What’s Up, Doc?), loveable (Shirley McLean in The Apartment) or ideally both (Diane Keaton in Annie Hall). Donna is neither. She is a passive aggressive charm vacuum, and her “observational comedy” has all the charm and wit of a toddler showing you the contents of their nappy. Although compared with her bitter, all-hating friend Nellie (Gaby Hoffman), Donna is Audrey Hepburn. At one point, the two are in a bathroom while Donna waits for the result of her pregnancy test. For no apparent reason, Nellie drops her drawers, sits on the toilet and does her twosies while she carries on talking with her friend. It’s supposed to be a quirky “oh, you…” moment. It’s not – it’s just plain weird and is one of many examples of how Obvious Child alienates its audience instead of increasing empathy. Robespierre’s scatological wit aims slightly higher than Bridesmaids’ race-to-the-bottom (sorry) faecal humour, but the jokes are as threadbare as one of Donna’s bras (No separate white wash for her).

To be fair, the narrative never moves in the manner that we’ve been conditioned to expect by so many formulaic rom-coms. Donna becomes slightly more sympathetic once she discovers that she is pregnant, but never to the extent that we believe that nice guy Max would want to have anything to do with her. The movie tries to address a prickly subject with a fresh perspective, but the end product is buried under hateful characters and cringe-inducing moments of toilet humour. It’s a brave attempt at trying something different and for that Robespierre is to be commended, but judged as a rom-com Obvious Child is neither funny nor romantic.

OUR BRAND IS CRISIS

ME AND EARL AND THE DYING GIRL