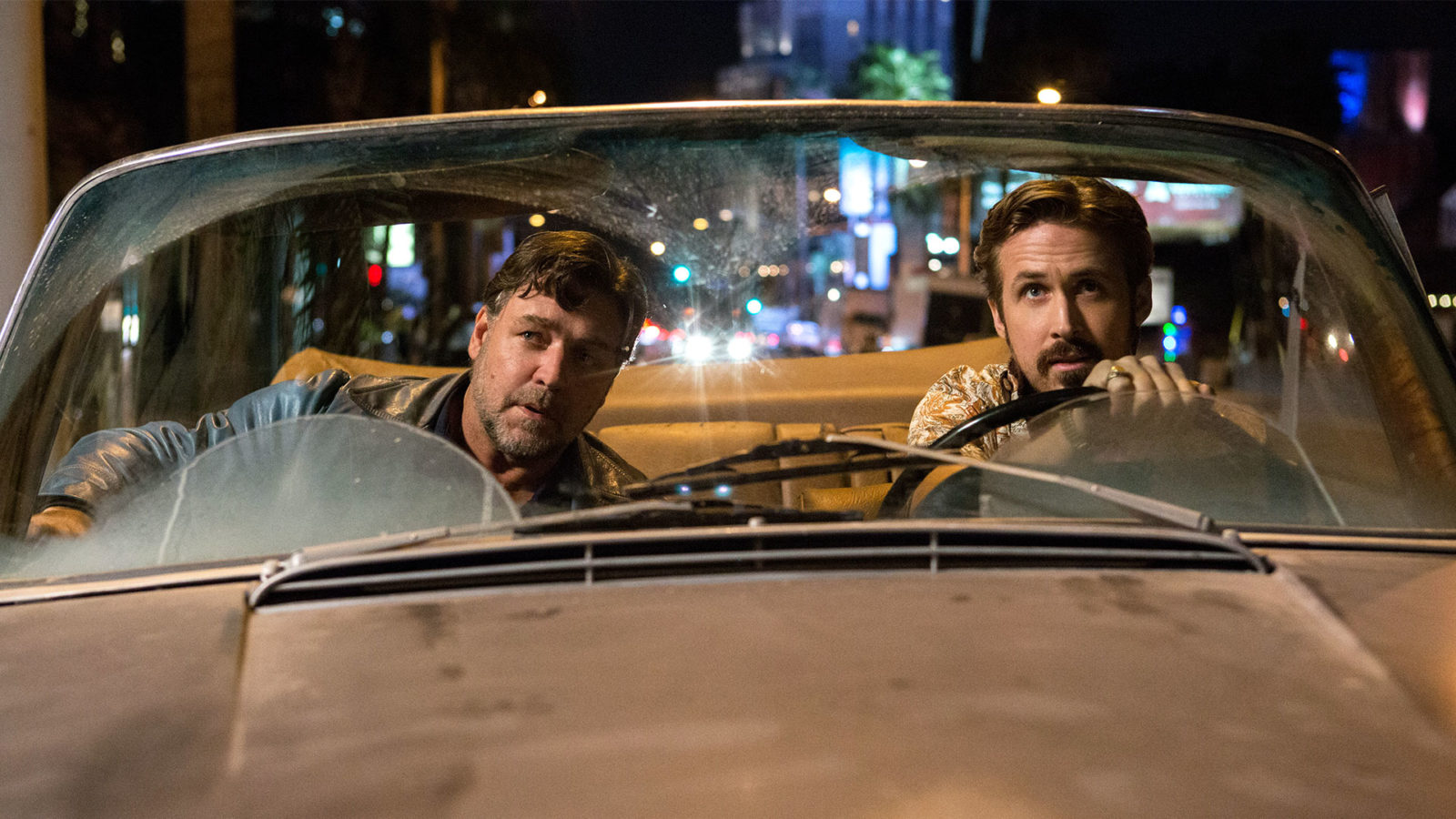 They don’t make ‘em like they used to, which is probably why writer/director Shane Black has set The Nice Guys back in 1977.

After the misfire of Iron Man 3, Black is back in the neo-noir territory of the sublime Kiss Kiss Bang Bang. The Nice Guys is a mismatched buddy comedy that doffs its cap to 1980s classics like 48 Hours, Midnight Run and Lethal Weapon (Black wrote the 1987 original and had a story credit on the lesser sequel).

For the first hour, The Nice Guys is fantastic. It’s very funny – often hilarious – and hugely enjoyable. Gosling has a natural aptitude for comedy that puts other comic actors in the shade without even trying. His timing is impeccable and seemingly effortless. Likewise, Crowe looks like he’s enjoying himself for a change. Neither Healy nor March possess half a brain between them. Crowe’s wheezing, overweight gumshoe seems slightly more aware of where it’s at, but there’s not much in it. This odd couple stumble through the serpentine narrative through sheer dumb luck rather than skill or smarts. It’s an entertaining spectacle and the chemistry between the pair is a joy to behold. Capturing this chemistry is Black’s forte as a director.

His weakness, however, is the capacity to resolve the multiple strands he has set loose. The plot becomes lost when too much emphasis is put on resolving it in the latter half. The convoluted, freewheeling neo-noir story is by far the film’s weakest element, so it’s a mistake to focus on it. The humour that made the preceding hour such a pleasure takes a back seat after the halfway point, and some fine early groundwork is undone in a chaotic race towards wrapping things up in a clunky conclusion.

It’s a shame. The Nice Guys is half good, but it could have been great.

A WALK IN THE WOODS