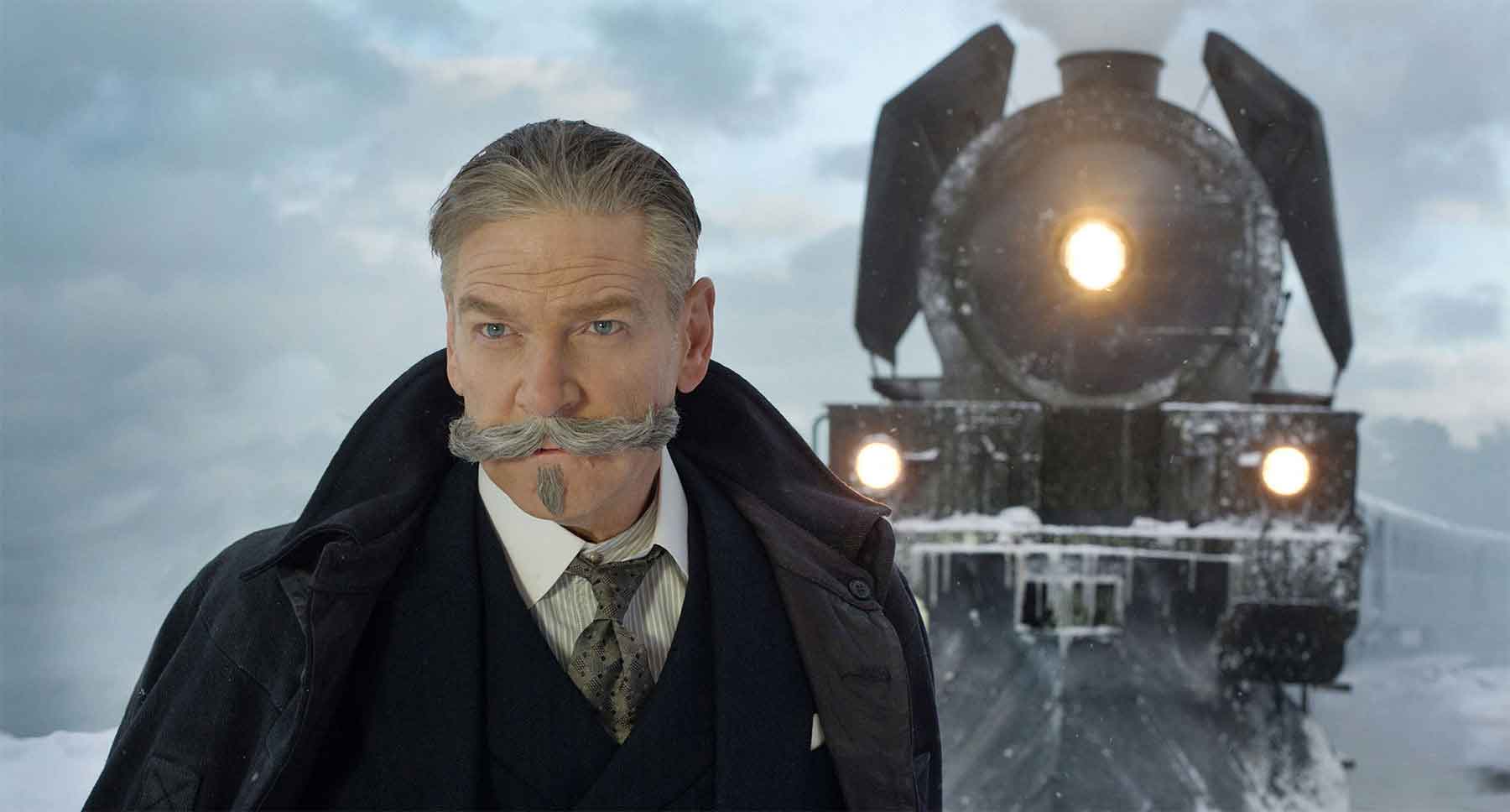 REVIEW: MURDER ON THE ORIENT EXPRESS

``This is face furniture that demands its own bed.``

Murder on the Orient Express is probably the most self-explanatory movie title since Snakes on a Plane. A train, a corpse, an avalanche, and a captive collection of suspects. That’s all you need to know. But odds are that most will be familiar with the material already. If you haven’t read the book, then you’ve probably seen the movie. Sidney Lumet’s 1974 adaption is a perennial Christmas TV staple, and – like popping bubble wrap – once you start, you can’t stop.

In this new version of Agatha Christie’s classic novel, Sir Kenneth of Branagh attempts to out-Poirot the competition with some truly spectacular facial hair. This is face furniture that demands its own bed. It’s a giant moustache on top of another giant moustache. Branagh’s ronnie is an attention-devouring black hole that screams “TRY TO LOOK AWAY! HA!!! YOU CAN’T, CAN YOU??! PUNY HUMAN!!!” It’s rather distracting, but Branagh is a shoo-in for this year’s “Best Actor in a Supporting Moustache”.

Lady-tickler notwithstanding, Branagh’s not half bad playing Poirot with an enthusiastic determination that’s quite infectious.

A cynic would say that the rest of the impressive cast (Penelope Cruz, Willem Defoe, Olivia Coleman, Dame Judi of Dench) are here just to fill out the poster. It’s as overcrowded as a commuter bus in rush hour. None of them do much except hang around quaffing champagne and looking sheepish, and only Michelle Pfeifer makes her presence felt.

Screenwriter Michael Green hasn’t overhauled the source material too radically. A wise move, but it does result in a rather dull and unsurprising wrap-up. Behind the camera, Branagh has the good sense to avoid trying to hip things up in that vexing Guy Ritchie Sherlock Holmes fashion.

The real star of Murder on the Orient Express is the old school 1930s glamour. This is a beautiful looking movie. The art direction, costumes and set design are all spectacular. Thankfully Johnny Depp’s character is dispatched before he gets the chance to chew his way through all of the scenery. Depp really needs to take a step back and re-evaluate. Either that or an intervention.

Murder on the Orient Express is a solid Christie adaption. It’s not destined to be a classic, but it’s elegant and entertaining enough to be considered worthwhile.

MURDER ON THE ORIENT EXPRESS - Screentime.ie