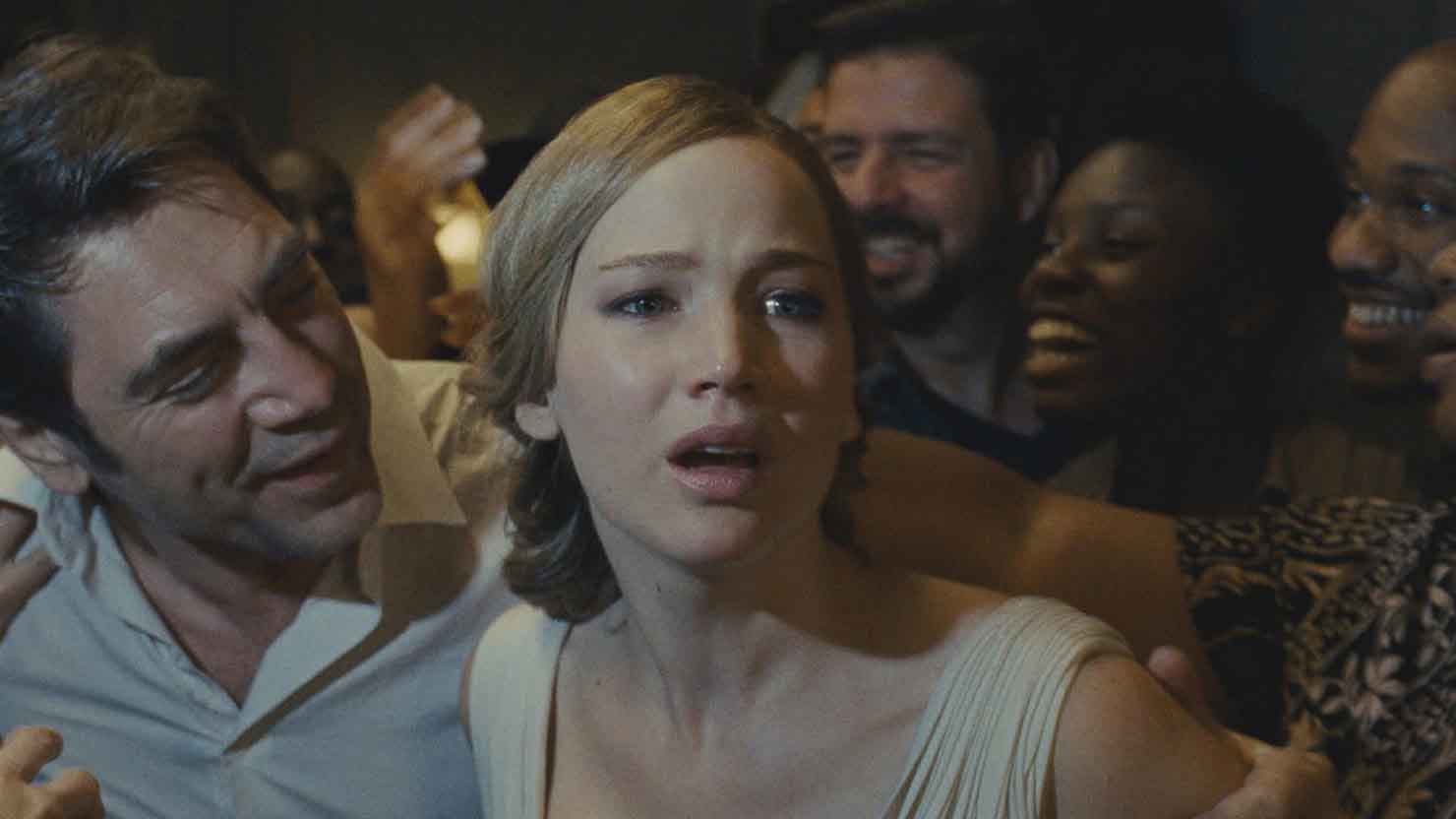 Darren Aronofsky is back to the demented form of Requiem for a Dream and Black Swan after the lacklustre Noah. The title of this eagerly awaited follow-up has been stylised as “mother!” As in, “sweet mother of baby Jesus, what fresh lunacy is this?!”

The sparse pre-publicity material for mother! doesn’t give much away about what can be expected once you’ve bought a ticket and taken the ride. It’s best approached with an open mind and zero expectations.

A “poet” (Javier Bardem) and his young “wife” (Jennifer Lawrence) live an isolated existence in a sprawling gothic mansion in the middle of the woods. One night a “stranger” (Ed Harris) arrives on the doorstep and the poet welcomes this unexpected, uninvited visitor into their home. Something is definitely off with this stranger, but it’s an intangible, hard-to-pinpoint rudeness and the poet welcomes this distraction with open arms. So the wife walks a precarious line between wanting to appear hospitable and trying to maintain a degree of authority. Her feelings of unease give way to something else entirely when the “stranger’s wife” (Michelle Pfeiffer) arrives the next morning and starts hitting the hooch. While these houseguests from hell create chaos, the wife experiences episodes of dizziness and nausea. But is it her husband, her houseguests, or the house itself that’s making her sick?

The synopsis doesn’t even begin to scratch the surface of this Pandora’s box. In the hands of a lesser filmmaker, mother! could easily have turned out as a bog standard psychological horror. The first half of mother! is about trying to impose order and maintain control in an uncontrollable environment.

Then Aronofsky shifts from first to fifth gear and the speed at which matters escalate is breathtaking.

The latter half of the film is a waking nightmare where down is up and control is an illusion. The grand octagonal mansion floating in a forest clearing is a microcosm of humanity and its inhabitants a metaphor of society inevitably tearing itself asunder. The sheer magnitude of what transpires is staggering and genuinely disturbing.

Most of the early preview reactions have made some reference to the work of Goya or Picasso. To my mind, the unrelenting nihilism is reminiscent of Sarah Kane’s Blasted, or the gory Grand Guignol of Martin McDonagh’s theatre work without the humour. But in all honesty, comparing mother! to any other pre-existing work does a disservice to Aronofsky’s singular vision. He has achieved something truly remarkable that is simply unlike anything else I have ever seen.

If Oscars are handed out on the basis of suffering for your art, then Lawrence will certainly be rewarded again come awards season.

mother! is as far removed from cinema as a form of escapist entertainment as it’s possible to get. This is a film that defies explanation and impossible to predict. There is much to admire and little to enjoy. But there is simply nothing else like it. Visceral, impressive in the extreme and deeply disturbing throughout. mother! is without comparison.

That’s not necessarily a recommendation.