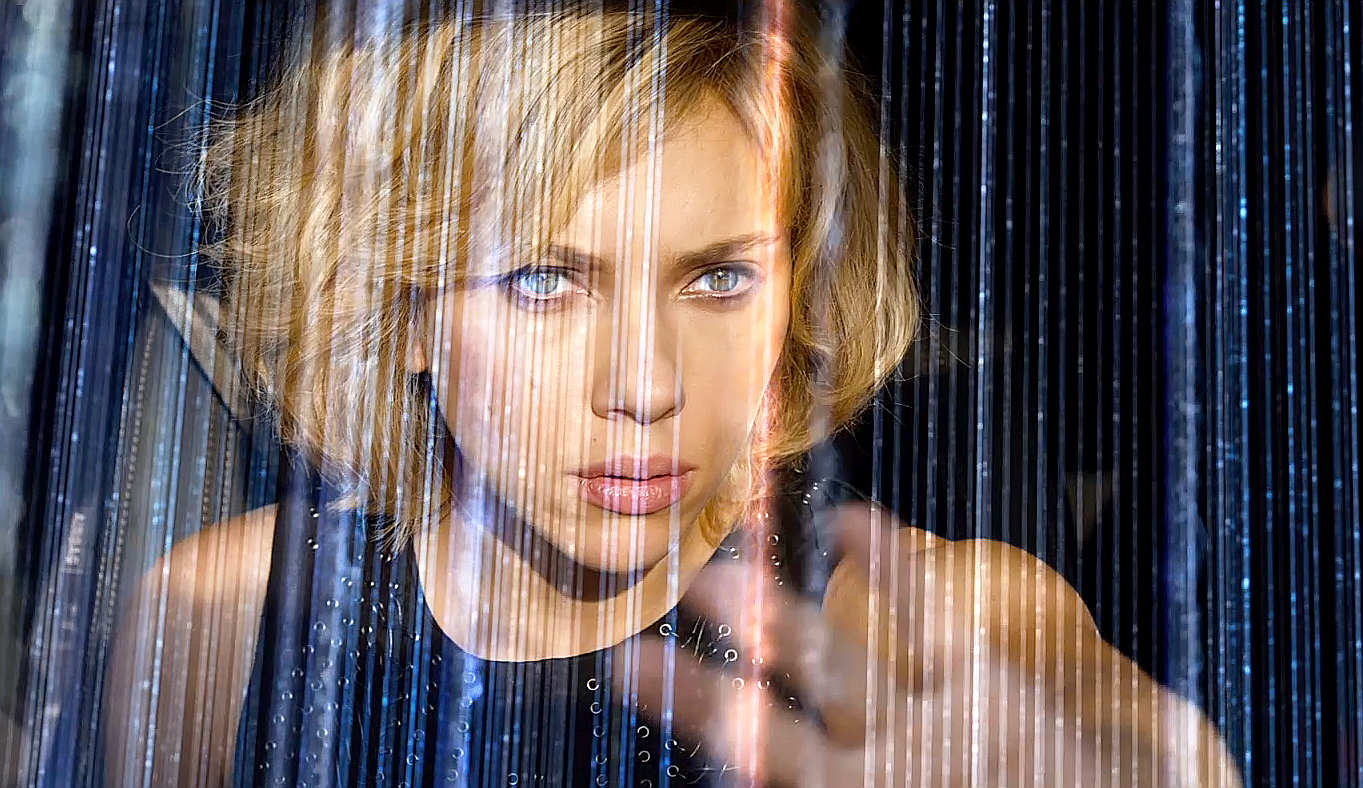 For a movie about mental evolution and brain capacity, Lucy is the dumbest thing I have seen in a very, very long time.

To say that Luc Besson’s career has been patchy since his late 1980s/early 1990s prime would be an enormous understatement. The critical and commercial acclaim that greeted The Big Blue, La Femme Nikita and Leon has been all but wiped out by recent dross such as The Family, and production/screenwriting projects which demonstrate that his aspirations are now financial rather than artistic. With that in mind, expectations were low for Lucy, his 16th feature. The premise looks like an intriguing concept on paper, but unfortunately Besson’s execution is more Bourne Legacy than Identity.

Lucy (Scarlett Johansson) is a gap-year type loafing around Taiwan. She gets a MacGuffin handcuffed to her wrist by a shifty looking boyfriend and is forced to deliver the contents to scary drug kingpin Mr. Jang (Choi Min-sik). After some unpleasant business involving corpses, guns and Evian, Jang decides to make Lucy his drug mule and knocks her unconscious. She wakes up in a swanky hotel room with a fresh surgical scar and a bellyful of drugs. Before she can find a decent locum, a kick to the stomach ruptures the pouch of drugs and she begins to absorb their effects. The drug is an experimental narcotic called CPH4, which removes the inhibitors of the human brain and exponentially increases mental power to its full capacity. In Lucy’s case, this means that she can now levitate and float around the room. Because science. The drug also has the undesirable side effect of killing Lucy in 24 hours. If none of this is making much sense, don’t worry about it. Because Besson certainly didn’t.

During the opening scenes, the director inserts some artsy montage footage of a mouse sniffing at cheese in a trap and a cheetah hunting gazelle. This provides us with some neat visual metaphors for Lucy’s impending peril and saves us the trouble of thinking for ourselves. This approach will come in very handy later, because for a movie about mental evolution and brain capacity, Lucy is the dumbest thing I have seen in a very, very long time.

There’s an early omen of things to come when Lucy makes a phonecall home to her mother. She starts laying down some bad acid trip stuff about being able to feel her brain before dropping the clanger; “I remember the taste of your milk in my mouth.” Things get awkward from there.

The movie starts off as a stylish organised crime thriller, and in all fairness the first act isn’t terrible. Some kinetic fight sequences and a sprightly car chase through Paris traffic demonstrate Besson’s knack with stylish action. But from the point where Lucy starts “evolving,” it descends into bad sci-fi and things rapidly descent like a hellbound handcart. For most of the movie Johansson looks like she’s struggling to stay awake. Lucy wanders around like a mouth-breathing somnambulist, either vacantly staring at things or blankly reciting dialogue. As for Morgan Freeman, well, his character may as well have been called Professor Exposition.

Ultimately, Lucy is a monumentally stupid movie. Once it becomes apparent that she can manipulate matter and fling people around the room with the power of her mind (evil laugh), the film loses any sense of tension or genuine peril and from that point onwards all bets are off. By the final act it becomes blatantly obvious that Besson has abandoned any attempts to adhere to the preposterous internal logic established in the set up. Bonkers is fine sometimes, and daft can be a lot of fun (heck, The Fifth Element was nothing if not daft, bonkers fun), but Lucy demonstrates such an insulting disregard for its audience that I could feel my piss boiling.

Besson really wants us to think that he has something meaningful to say. But nuggets of dialogue such as “one and one has never equalled two, because numbers don’t exist” recall levels of pseudo-philosophical claptrap not seen since the dire Matrix sequels. The movie begins with an ominous statement about life being a gift that was first given to us a billion years ago, before following up with the patronising, judgemental poser, “what have we done with it?” Whatever you decide to do with yours, please don’t waste an hour-and-a-half on this guff.