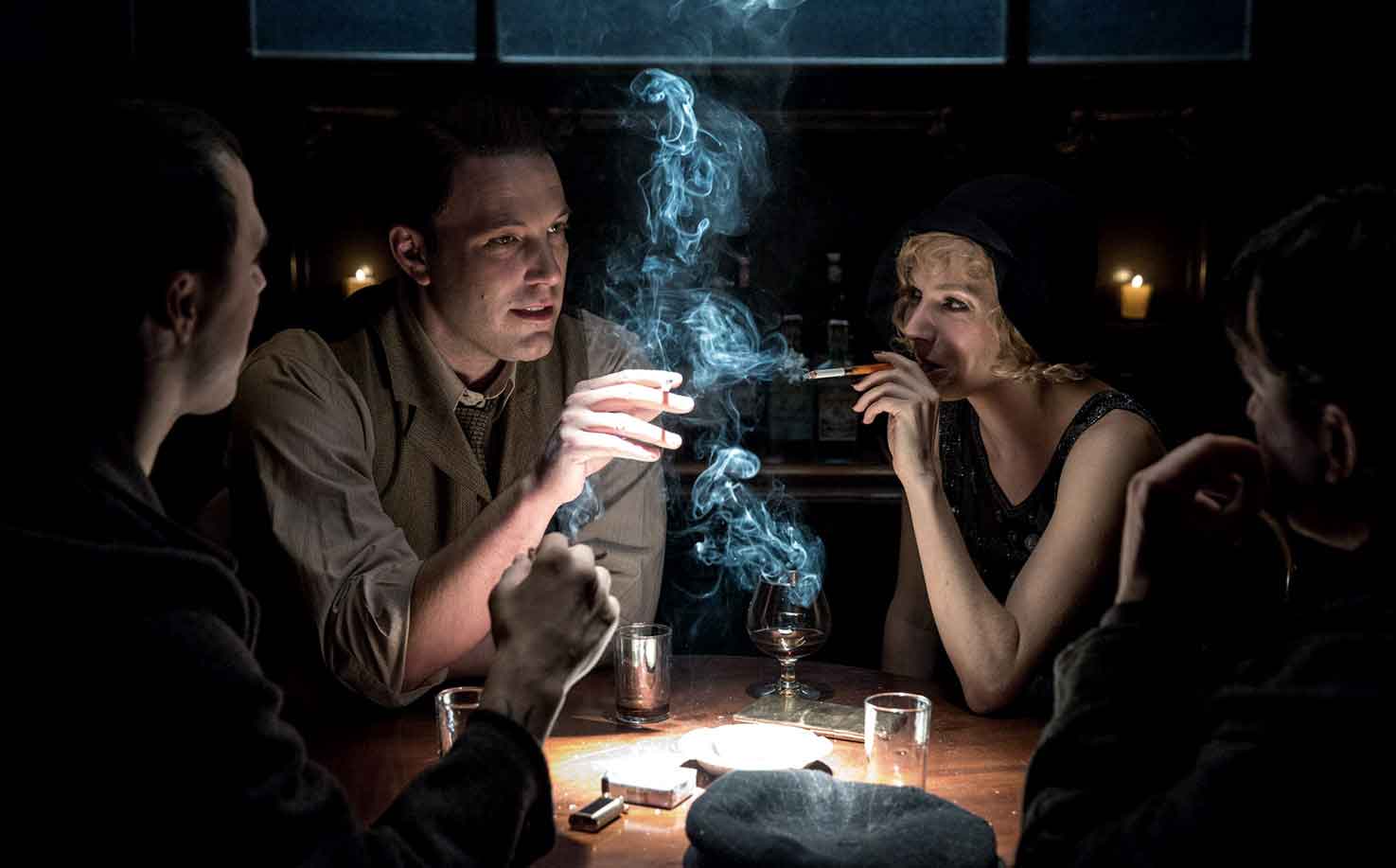 Most filmmakers are lucky to get one decent movie under their belt. So it’s remarkable that Ben Affleck has, so far, managed to make three extraordinary ones. That he’s achieved this feat in spite of his leading-man baggage (and the attendant tabloid scrutiny) is all the more impressive. Sadly, Live by Night is where Affleck’s winning streak comes to an end.

Not that this is terrible, it’s just staggeringly unremarkable. Affleck’s fourth movie as director is a prohibition-era gangster drama about middle-management mobster Joe Coughlin (Affleck). After fighting the Hun in France, Coughlin returns to a life of petty crime in Boston. He sensibly avoids getting into bed with either the Irish or Italian mobs, but not-so-sensibly gets into bed with Emma Gould (Sienna Miller), mistress to the head of the Irish mob. One final job before the pair elope goes badly wrong and Coughlin is sent to prison for three years. On his release he finds himself in debt to the Italian mob, and is packed off to Florida to oversee the burgeoning rum bootlegging business.

There are no shocks and few surprises in Affleck’s screenplay – based on Dennis Lehane’s novel (The Boston author is obviously a favourite; his debut feature Gone Baby Gone was also based on one of Lehane’s books). And as a character, Coughlin is far from charismatic. At no point does he appear to be conflicted or remotely troubled by proceedings, and it’s not very interesting to watch.

Miller has quietly built up a respectable CV with a series of impressive supporting roles, but she does herself no favours here with a risible “begorrah” cod-Irish accent. Elsewhere, Robert Glenister, Chris Cooper and particularly Brendan Gleeson manage to distinguish themselves from the flat material.

Live by Night doesn’t try to re-invent the wheel. Instead, Affleck seems comfortable to churn out gangster tropes (femme fatales, fedoras, zoot suits and tommy guns) by the bucket load. With a resolution that is both rushed and indulgent, this might have worked better as a prestige mini-series.

Still, Live by Night is a competent, conservative piece of work. It’s not bad, just rather bland. But it’s certainly evidence that Affleck is stretching himself too thin across too many projects.

THE WAY WAY BACK