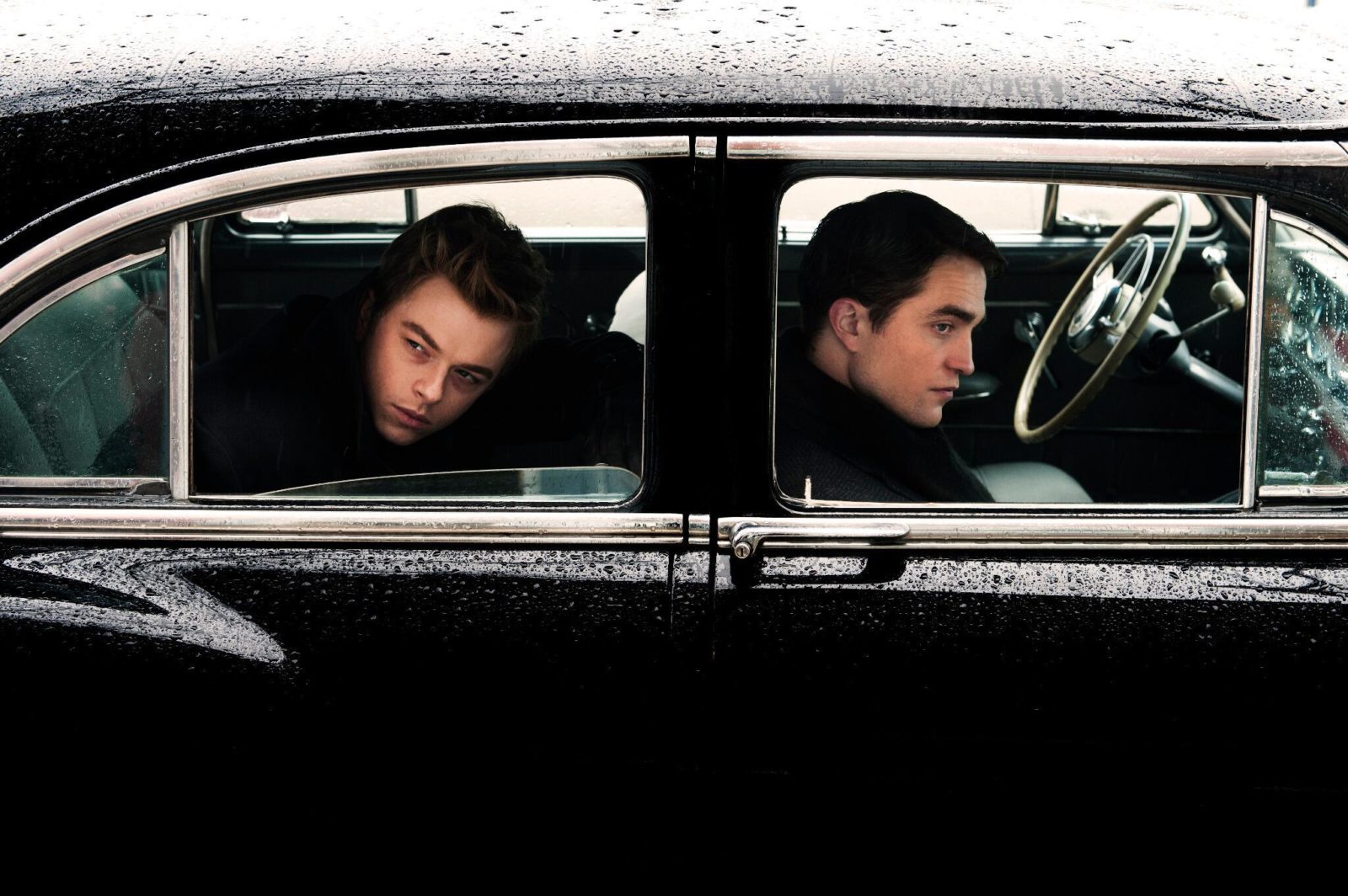 DeHaan leaves subtlety at the door and goes full-on caricature.

The ambitious Life photographer Dennis Stock (Robert Pattinson) captures a series of iconic images of a pre-Rebel Without a Cause (1955) James Dean (Dane DeHaan) on the cusp of stardom.

DeHaan leaves subtlety at the door and goes full-on caricature with an impersonation of Dean so broad that the part could easily have been filled by Jon Culshaw. The most noteworthy aspect of this Hallmark-style biopic is that Pattinson managed to avoid laughing right in DeHaan’s face, as he turns up his collar and delivers risible dialogue such as “Wanna ride on my ‘cycle?”

As a former photographer himself, the appeal of this artist and tortured subject theme is understandable for Corbijn. But there’s very little dramatic tension to be gleaned from anticipating the set-up of the next iconic photograph. Even if you can look past DeHaan’s risible performance, there’s nothing hidden underneath. Following the toothless A Most Wanted Man (2014) with this weak sauce makes the director’s compelling debut, Control (2007) appear increasingly anomalous.