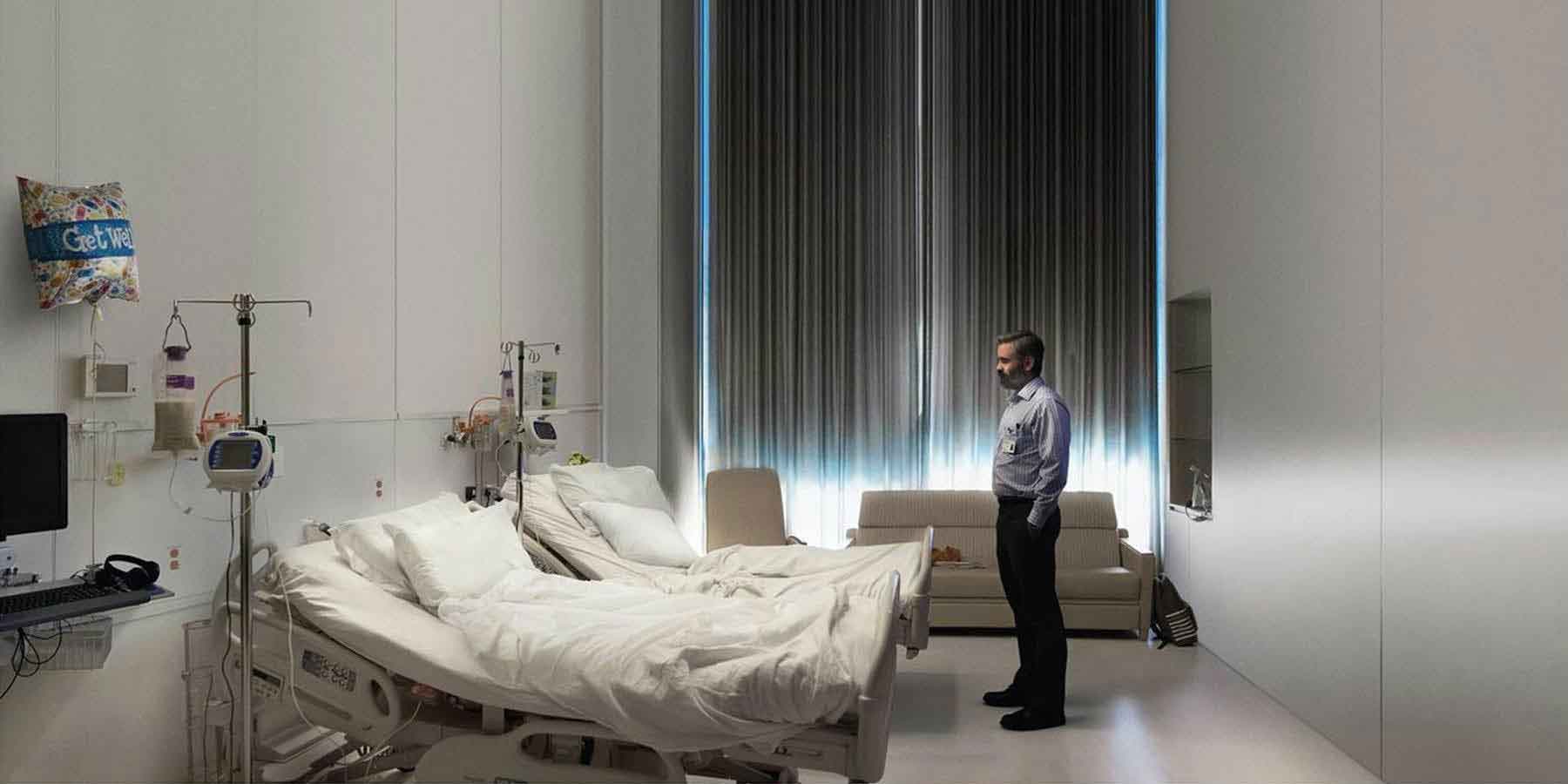 REVIEW: THE KILLING OF A SACRED DEER

If you felt a little let down by the lack of actual lobsters in The Lobster, then prepare to be doubly disappointed with Yorgos Lanthimos’ follow-up. There’s nary a single deer – sacred or otherwise – anywhere to be seen in The Killing of a Sacred Deer. It’s a metaphor, see?

The Killing of a Sacred Deer reunites Lanthimos with his Lobster lead Colin Farrell. I predict that Farrell will catch a great deal of flak for this clinical, precise performance. As cardiovascular surgeon Steven Murphy, Farrell is a cipher. Murphy’s notion of workplace banter is discussing the water resistance of watches, and he drops classic bon mots like “our daughter started menstruating last week” into after dinner conversation. Farrell plays the character with a blankness that must go against every instinct in the actor’s arsenal. It’s a disorienting performance but one that fits into this bizarre alternate reality.

Lurking in the margins is Martin (Barry Keoghan), a fatherless teen that Murphy has taken under his wing. The inexplicable connection between this odd couple of successful surgeon and mouth-breathing adolescent is exposed when Murphy’s two children are suddenly struck lame. Martin intends to set right some wrongs of the past, and Murphy must pay a terrible price.

With more than a nod to Michael Haneke’s Funny Games, The Killing of a Sacred Deer is a modern take on the Greek tragedy of Agamemnon shot through the lens of Stanley Kubrick. Yes, it’s bizarre and disturbing. But it is certainly worthwhile.

Now that he’s put guff like Miami Vice and Total Recall behind him, Farrell is moving into a more interesting phase of his career. If he stays the course and continues to work with material as brave as this, he may yet become one of our great actors.

The stand-out though is Keoghan. Somehow the young actor manages to turn an act as simple as eating spaghetti into something genuinely creepy. A mix of naiveté and malevolence gives the character of Martin a quality that is profoundly unsettling. Keoghan is mesmerising.

Greek weird wave pioneer Lanthimos is a filmmaker that revels in planting seeds of unease in the minds of his audience. The Killing of a Sacred Deer is a haunting piece, and parents will be left traumatised by some of the themes explored. Those familiar with his work will have already steeled themselves for the ordeal ahead, but woe betide anyone who wanders into this one off their guard.

THE KILLING OF A SACRED DEER - Screentime.ie