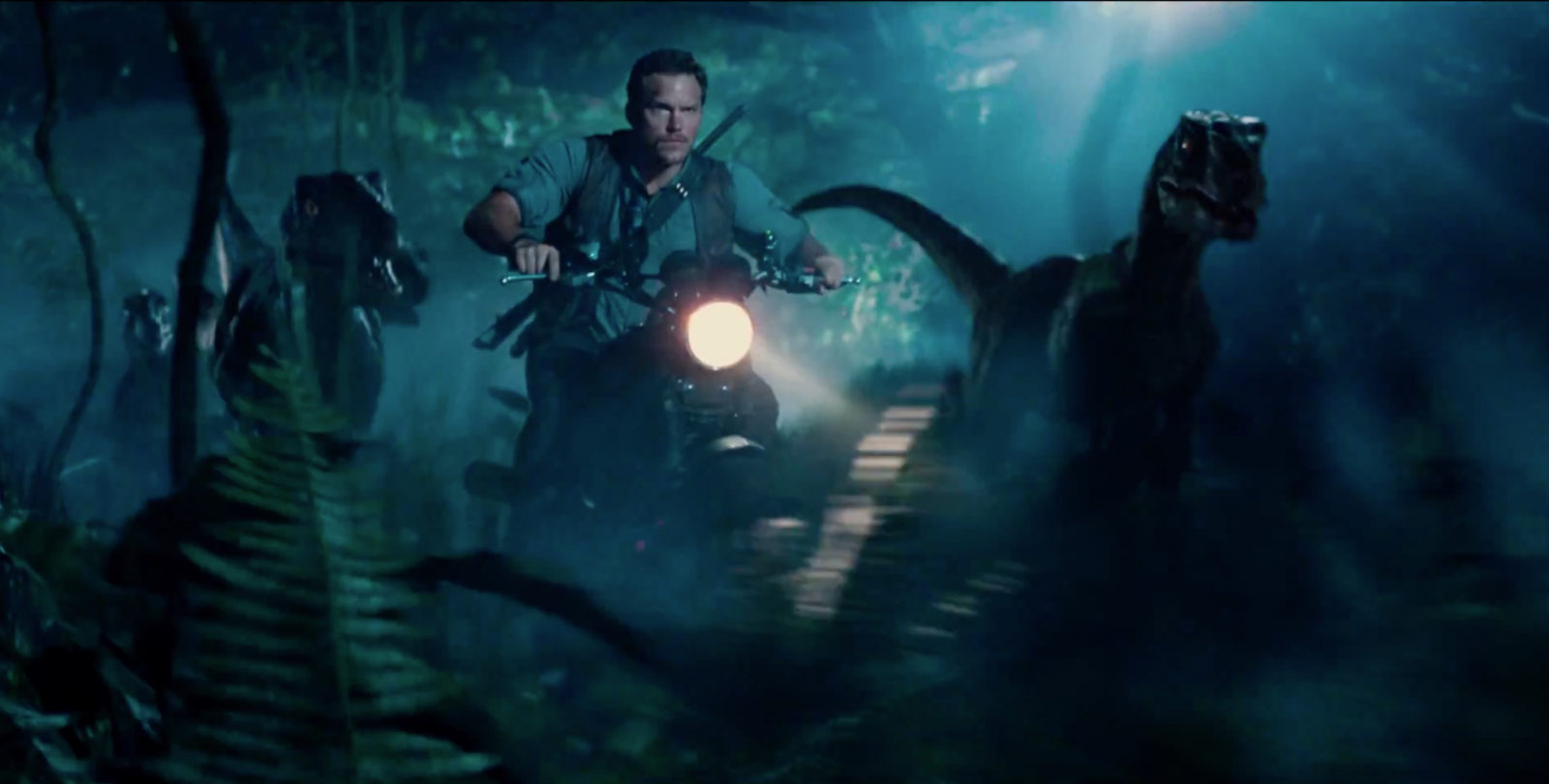 When will Hollywood learn that bigger is never better?

Jurassic Park (1993) really doesn’t need another sequel. In all honesty, Steven Spielberg’s dinosaurs-on-the-rampage disaster movie didn’t need any sequels, but that didn’t stop The Lost World: Jurassic Park (1997) or Jurassic Park III (2001) limping out to dilute the reputation of the now classic original. Those two sequels faithfully obeyed the law of diminishing returns, and mainly flopped because whatever made the first film so unique and original was lost in extraneous subplots, bigger spectacles and more dinosaurs. But you can’t stop commerce, especially in Hollywood. So 22 years after the original, we now get to visit Jurassic World. It’s bigger and brasher, but not necessarily better, ably demonstrating the industry’s predilection for taking something that works and sticking bits on it until it stops working.

The present day Isla Nublar is now host to a fully-operational theme park, with monorails, Starbucks and bronze John Hammond statues. But visitor numbers are dwindling, and in an effort to boost ticket sales the park’s genetic engineers have teamed up with the marketing department to create a new breed of super-dinosaur. This “Indominus rex” (stop sniggering) is made up of Tyrannosaurus rex DNA and bits and bobbins from lots of other deadly things. Claire Dearing (Bryce Dallas Howard) is the park’s operations manager – all 1980s power dressing shoulder pads and android lady hair. Part of Claire’s responsibilities is to ensure the safety of the customers, and she enlists the help of raptor wrangler Owen Grady (Chris Pratt) to make sure that the new dino stays in its cage. Claire and Owen used to date but now hate each other (sexual tension etc.), but if Pratt’s alpha male testosterone factory can make a pack of velociraptors go weak at the knees, then Dallas Howard’s uptight control freak doesn’t stand a chance. Naturally the Indominus rex escapes and chaos ensues.

There is an early bit of exposition where Claire starts talking about focus group research, and kids wanting bigger, scarier dinosaurs.

For a moment it seems like Dallas Howard has stepped out of character and started explaining the development process behind the film to the audience. Colin Trevorrow’s movie shares many of the same problems as the two original sequels. Jurassic World’s over-egged pudding includes relentless, overextended action sequences with too much CGI, and extraneous subplots involving an attempt by the military to weaponise the dinos. It’s simply unnecessary, and takes away from the sequences that do work. Pratt’s dino whispering schtick is utterly preposterous, even by the flimsy standards of the film’s internal logic (That shot from the trailer of him riding a motorbike through a pack of velociraptors is no less ridiculous in the context of the film). Up to the finale, Dallas Howard’s role is a thankless one that sees her relegated to sideline simpering while Pratt takes care of business.

There are callbacks to the original film aplenty, with shot-for-shot reproductions of some of Jurassic Park’s iconic scenes, and an unexpected return to the site of the first Jurassic Park. John Williams’ majestic score gets a welcome airing during key sequences. Sadly, practical effects and animatronics are kept to a minimum, but the CG dinosaurs are just as convincing as they were in the original Jurassic Park. Given that they’ve had 22 years to improve on it, you can decide for yourself if that’s a positive or a negative.

Jurassic World is a perfectly serviceable summer blockbuster. With only one previous film under his belt (the lo-fi Safety Not Guaranteed [2012]), Trevorrow was a curious choice for this big-budget spectacle, but he does a commendable job in corralling the sprawling action. It’s almost great, but the film over-extends itself and is sorely missing some Spielberg magic. If the box office numbers are healthy enough to warrant a sequel, you should prepare yourself for transforming robotic dinosaurs knocking seven bells out of each other. In Coca-Cola t-shirts. When will Hollywood learn that bigger is never better?

X-MEN: DAYS OF FUTURE PAST