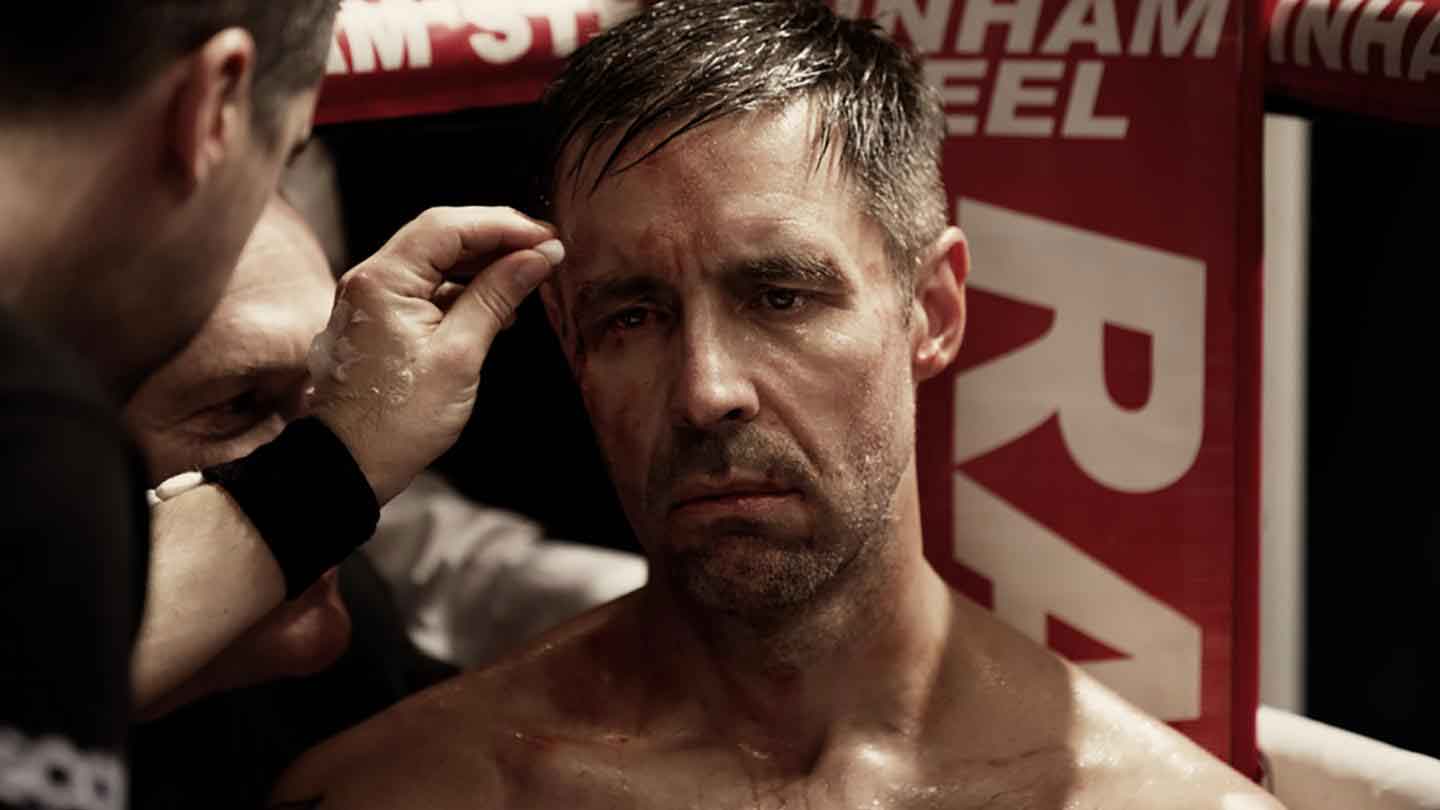 Journeyman is the story of world middleweight boxing champion Matty Burton (Considine). Matty has the perfect life. Deeply in love with his wife Emma (Jodie Whittaker), with a new baby daughter and a big sleek house. Granted it’s in Sheffield, but you can’t have everything. As the film begins, Matty is about to defend his title for the last time. Having won his previous fight on a controversial judge’s decision, Matty wants to secure his legacy with a definitive victory before retiring.

The boxing part of the story is dispatched quickly, but not before the obligatory training montage (here set to Guided by Voices rather than Survivor). Matty retains his championship following a brutal fight, but it has come at a terrible cost. He has sustained a severe brain injury, and after returning to Emma victorious and relieved, he collapses. Extensive brain surgery leaves Matty changed utterly, with diminished movement, communication skills, and gaps in his memory.

While Journeyman is nowhere near as dour or relentlessly grim as Tyrannosaur, Considine’s first directorial effort, it still makes for an uncomfortable watch. The real crux of the film is Matty’s recovery. This is the toughest fight of his career (other boxing clichés I had prepared included: Journeyman is a knockout; Considine pulls no punches; It’s a real emotional suckerpunch etc.).

A side effect of Matty’s injury is that he has no memory of his daughter. As his confusion gives way to frustration, frustration gives way to sudden bouts of violence. Emma takes on the heavy burden of nursing her husband with pragmatism that soon wears off. Watching her try to make sense of the changed dynamic is heart-breaking.

Considine adopts a matter-of-fact approach to this portrayal of a man in decline, amounting to some verbal ticks and shuffling. It is a no-frills performance without the faintest whiff of grandstanding. Just as Matty and Emma’s partnership is one of equals – he is as devoted to her as she is to him – Considine’s generous performance puts Whittaker on an equal footing. Whittaker is every bit as impressive as her co-star, and is sorely missed when she disappears for much of the third act.

The script is not subtle, and yet the story is all the more cathartic for it. The manipulation of audience emotion is utterly blatant, as is the triumph over adversity trope, but it is committed with such heartfelt sincerity that I was happy to go along with it. The neat resolution is not quite earned, however. It seems a little too convenient and somewhat at odds with the film’s predominantly realist tone. Nevertheless, Journeyman is emotionally cathartic and profoundly moving. This is a compelling character study with two stunning central performances.