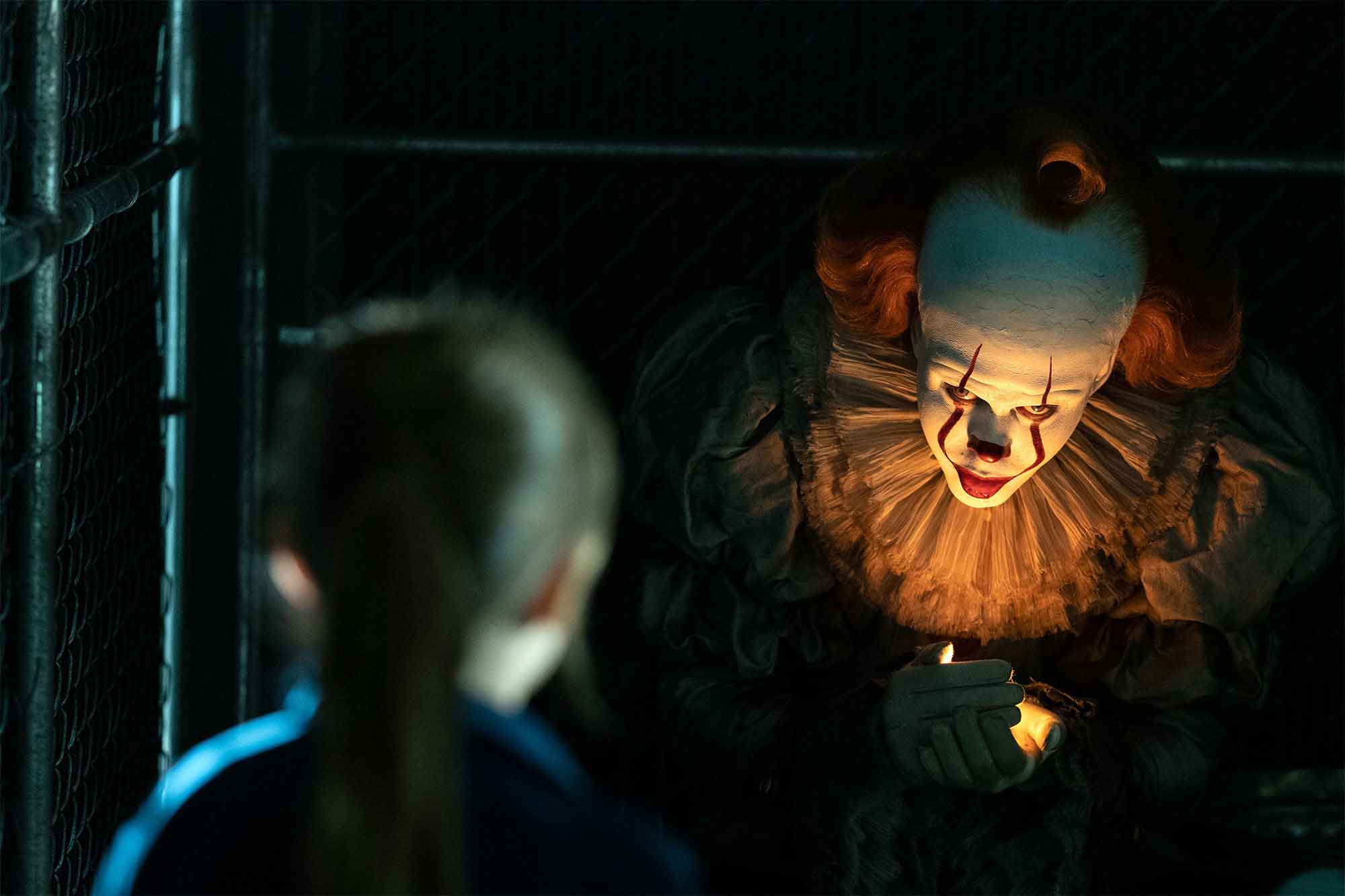 Horror movies are a tough sell. Oh sure, horrors are perennially popular, but the enduring appeal never quite translates to the kind of box office bonanza reserved for superheroes in capes and tights. Apart from IT that is. Andy Muschietti’s 2017 adaptation of the Stephen King classic was a competition-slaying outlier that took in $700m worldwide on a budget of $35m. Making this sequel as inevitable as day following night. We all love a good horror. Unfortunately, IT Chapter 2 is not a good horror.

In present-day Derry, Maine, a gay couple are about to have a very bad night. After Adrian (Xavier Dolan) is attacked and savagely beaten by a group of thugs, his limp, lifeless body is tossed into the river, where it is retrieved by the demonic clown Pennywise (Bill Skarsgård) and eaten.

Bearing witness to Pennywise’s return is Mike Hanlon (Isaiah Mustapha), the only member of the Losers Club still resident in Derry, and the only one who knows how to defeat Pennywise (basically, he’s read the rules on the inside of the top of the box). The other Losers have long since left Derry and forgotten the events of 1988, but one by one Mike reminds them of the solemn oath they made with each other to destroy the entity should it resurface.

If the first movie demonstrated what a horror version of The Goonies would look like (not good), then IT Chapter 2 demonstrates why a Goonies 2 with the original cast would be such a terrible idea today. There is no pleasure in watching a bunch of middle-aged actors splashing about in caves and shrieking like hyperactive kids.

Most of the middle act splits up the Losers Club, with the sprawling cast all running around Derry separately looking for various “artefacts” needed for their quest. With no less than six middle–aged Losers, and constant flashbacks to seven of their younger counterparts, there is a lot to get through. The flashback segments with the younger cast get almost as much attention as the present day action. After the first couple of run-ins with Pennywise these segments become very samey, but they don’t stop coming until each and every cast member has had their go at the buffet.

From the patchy X-Men franchise to the execrable Glass, James McAvoy can usually be relied upon to deliver a dependable performance, regardless of the quality of the material he’s given to work with. And that’s exactly what he is here; dependable. No more, no less. As the adult Beverly, Jessica Chastian gets her teeth into by far the most interesting character. Perhaps it’s down to the sheer numbers but apart from Bill Hader none of the other characters leave a positive impression.

From the looks of it, the segments with the young cast were shot shortly after the first movie, which was a prudent move as anyone who’s seen Stranger Things 3 – and Finn Wolfhard’s gangly adolescent growth spurt – will attest.

It Chapter 2 is unforgivably long, clocking in at an arse-numbing 169 minutes. Skipping back and forth between the young and old cast may sound like the best of both worlds, but ends up dragging the whole thing out more than is necessary. Compounding the problem is a superfluous subplot with a returning villain that is completely unnecessary and goes absolutely nowhere.

Beyond pacing, the major fault with IT Chapter 2 is that it just isn’t scary enough. For a horror, this is a big problem. The first movie shared this issue somewhat, but Skarsgård’s boss-eyed drooling clown was at least slightly creepy and unsettling. Here Pennywise has become a wise-cracking prankster, and all of his disturbing attributes have been dialled down.  Much like the stark difference between A Nightmare on Elm Street (1984) and the goofy sequel Freddy’s Revenge (1985), the tone is far too light and most of the terror is played for laughs. Muschietti doubles down on the daftness during the climax, turning Skarsgård into some sort of giant clown/crab hybrid. It is very disappointing.

Things could be worse though. At least this story is done. Had the studio demanded it, there is every chance that we could have ended up with a Chapter 3. While it’s heartening to see a horror getting such a wide release, It Chapter 2 really doesn’t deserve one.