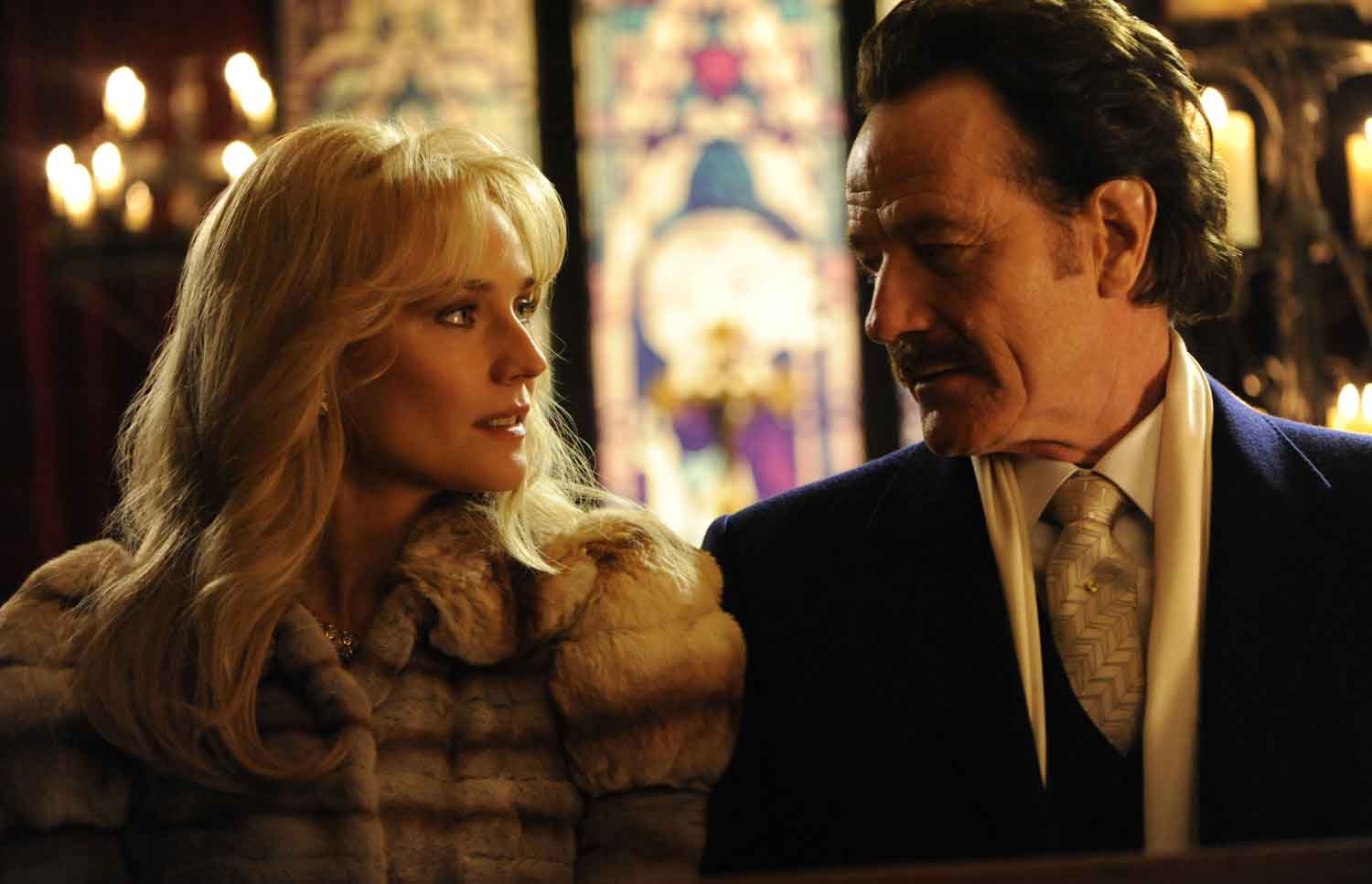 Bryan Cranston hasn’t been short of work since Breaking Bad wrapped in 2013. The Infiltrator is the second biopic that the actor has done in the space of 12 months. But unlike his Oscar-nominated interpretation of Dalton Trumbo, this staggeringly average thriller is unlikely to garner any awards attention for Cranston.

The Infiltrator is based on the memoir of Federal Agent Robert Mazur. During the 1980s Mazur worked undercover for US Customs, and successfully infiltrated Pablo Escobar’s Medellín Cartel. Using the undercover identity of money-laundering accountant “Bobby Muzella”, he was ultimately responsible for the arrests of a number of Escobar’s commanders, and disrupted the import of cocaine worth an estimated $60 million per day.

Mazur’s story certainly sounds exciting, but director Brad Furman (The Lincoln Lawyer, Runner Runner) can’t seem to find the drama in it. Things get off to an inauspicious start with Cranston sleazing around a bowling alley looking like he’s been made over by a 1970s pimp. From there on, The Infiltrator is a join-the-cliché guide to far superior movies. Every element of The Infiltrator has been done before, and in far more inventive ways.

Furman tries to set up a tension between Mazur’s domestic and professional worlds, but this fails to develop into something substantial. Mazur’s wife (played by Juliet Aubrey) is understandably upset when little blood-filled coffins start showing up in the post (though if Mazur is so deep undercover, then how does Escobar have his home address?), but Aubrey is forced into a near-mute performance and the situation resolves itself without much ado.

There’s precious little sense of impending danger the deeper Mazur gets into Escobar’s organisation. He gets stuck in a cupboard at one point, and that’s about as perilous as it gets. The Departed it’s not. At first, Mazur’s new partner Emir (John Leguizamo) seems dangerously unpredictable, but he turns out to be really good at his job. Similarly, when an rookie customs agent (Diane Kruger) is assigned to act as Mazer’s fiancé, it’s presumed that her inexperience will endanger Mazur and the operation in some thrilling way, but sadly she turns out to be a natural. It’s all quite disappointing.

Ultimately The Infiltrator is a story of a guy doing his job. Granted, it’s an interesting job and Mazur does it well, but it’s still a job. Aside from the ever-watchable Cranston and the novelty of spotting some fine small-screen actors (Joe Gilgun, Tom Vaughan-Lawlor) in minor supporting roles, The Infiltrator is a workmanlike thriller with little new to offer.