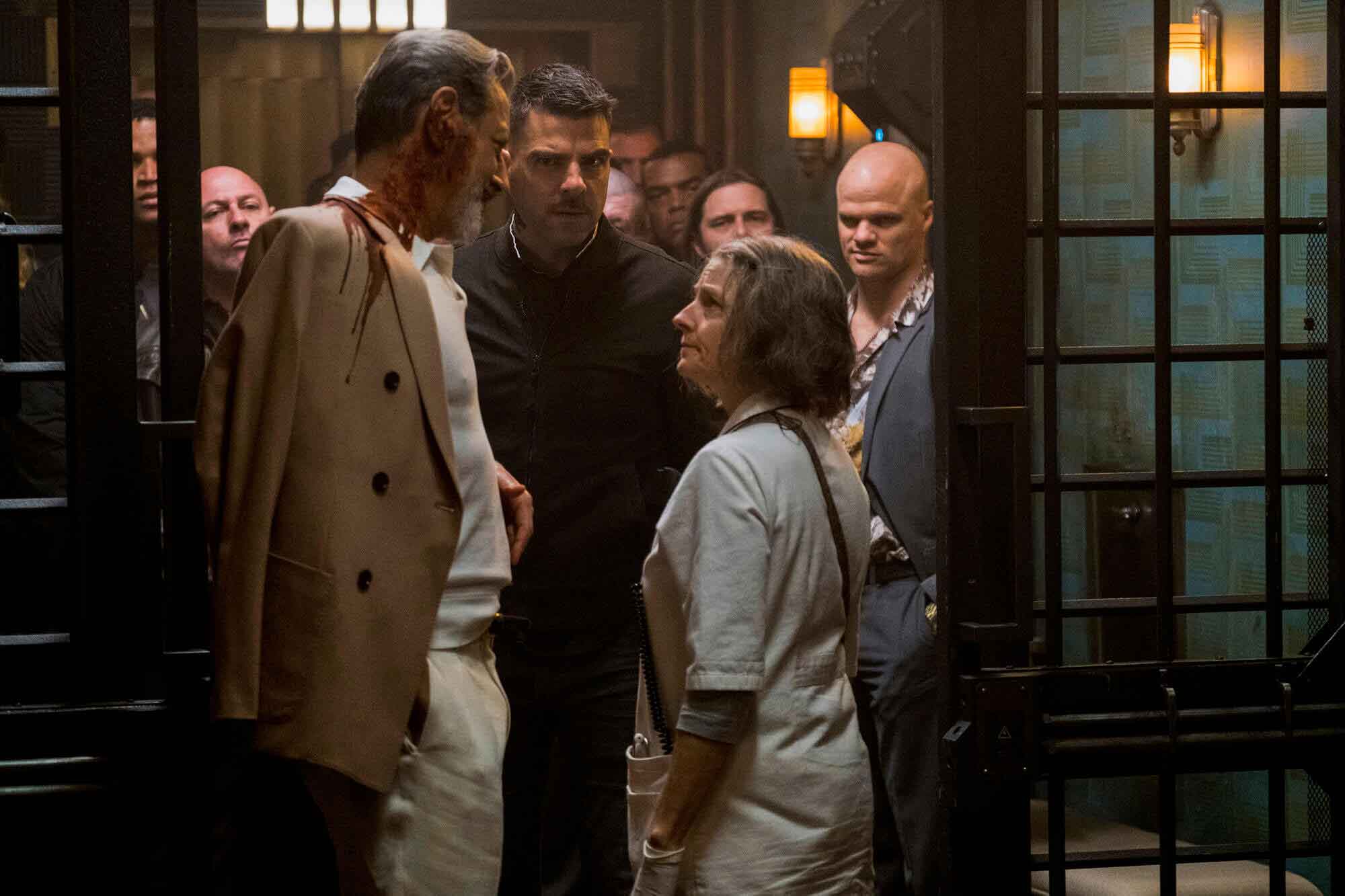 ``really not worth the bother``

Jodie Foster hasn’t appeared on screen since 2013’s Elysium. These days she prefers the director’s chair (Money Monster, Orange is the New Black) to the actor’s studio. Having largely retired from acting, it’s curious that Foster was tempted out of semi-retirement by material as flimsy as Hotel Artemis. There is very little appealing about this third-rate sci-fi thriller.

Set in 2028 (sure why not?), and Los Angeles is in turmoil. Big business has just privatised the water supply, prompting violent and widespread riots. In the midst of all this social unrest a bank heist is going belly up. After a police shoot-out leaves his brother badly wounded, Sherman (Sterling K. Brown) books into the Hotel Artemis, a private, members-only hospital for criminals. The Hotel Artemis has run smoothly under the management of Mrs. Thomas (Foster) for over 20 years because it adheres to a strict set of rules. Rules that are then abandoned faster than the time it took to explain them.

Hotel Artemis is screenwriter Drew Pearce’s (Iron Man 3) first attempt as director. It is not a good advertisement for either his directing abilities or his talents as a screenwriter. It is a TV-grade movie with ideas lifted from a myriad of other, better sources (The Raid, John Wick, Escape from New York). Not nearly as clever as it thinks, it is filled to the brim with “no but yeah” anti-logic and plot strands that go absolutely nowhere.

It turns out that the intriguing set up is more of a shrug than a jackpot, and Pearce doesn’t have any sort of pay off or escape plan in place. His script is filled with tonal inconsistencies and displays a blatant lack of confidence. Having introduced a bunch of different characters, it’s obvious by the halfway point that Pearce hasn’t works out what to do with them, so he just lets stuff happen instead. The worst offender is Charlie Day’s hard-nut arms dealer. Charlie Day. Hard nut. Day is laughably miscast, and from all appearances can’t quite believe it himself. Much of Hotel Artemis feels like an open-ended am-dram improv session that eventually peters out with an anticlimactic whimper.

Yes, it’s great to see Foster back acting, but she’s completely wasted; waddling around muttering guff like “Lemme get you patched right up there, Sport”. Jeff Goldblum commits another one of his trademark cameos that suggests that he neither knows nor cares what is happening around him or what movie he’s in. At least he looks good on the poster.

The low budget is well hidden while the action is kept within the confines of the hotel. but the lack of money becomes apparent whenever the focus is shifted outside. The “riot” looks as well attended as the second Taylor Swift concert in Croke Park. And just about as violent. The best that can be said is that Hotel Artemis doesn’t take itself too seriously, but ultimately, it‘s really not worth the bother.