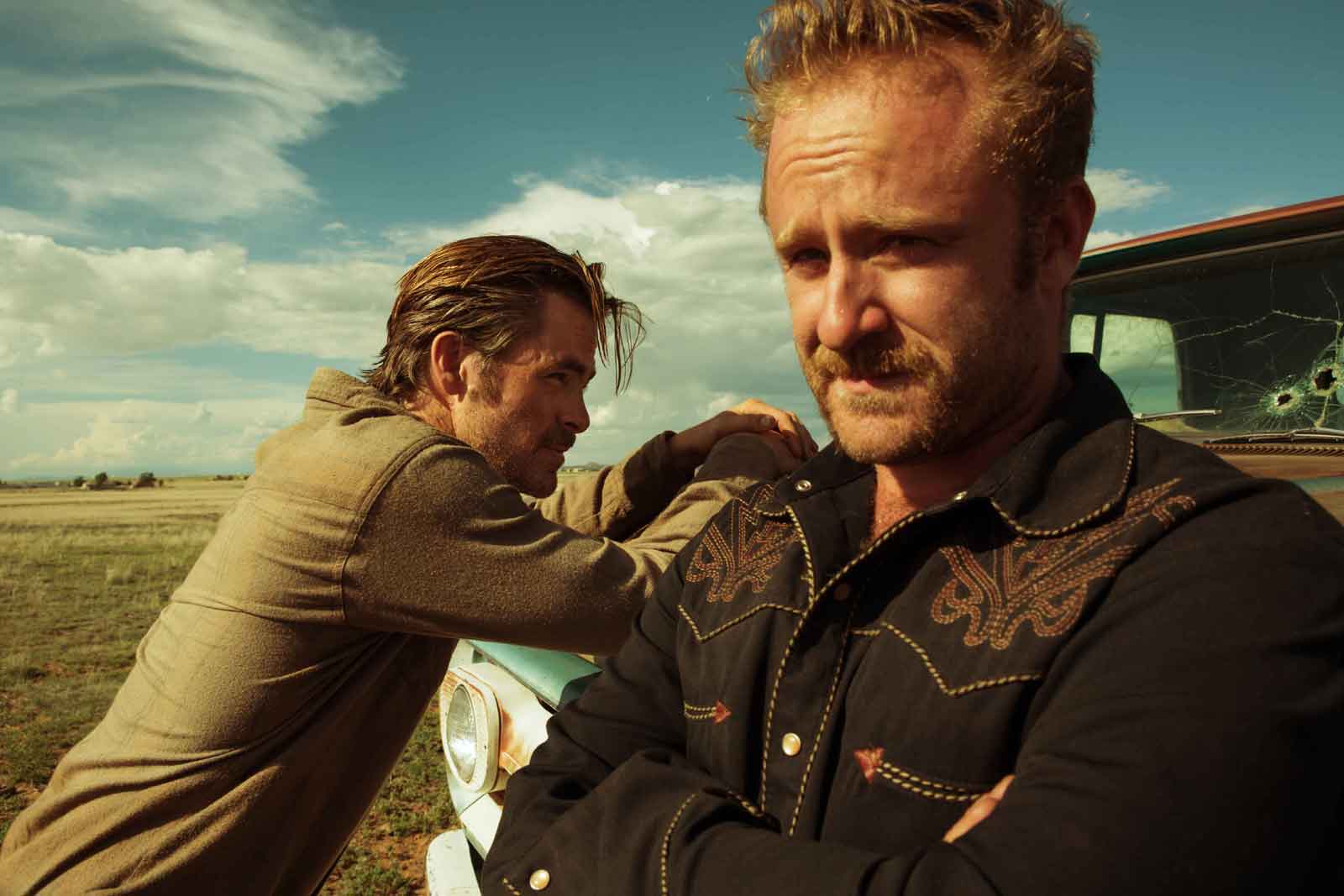 Over the course of a few days, Toby (Chris Pine) and Tanner (Ben Foster) Howard – rob a succession of small-town banks throughout West Texas. The brothers work to a plan – holding up the banks early in the morning when the branches are empty, and taking only small bills. But the Howards’ small-time spree comes to the attention of grizzly Federal Marshall Marcus Hamilton (Jeff Bridges). On the cusp of retirement, Hamilton makes a point of bringing the robbers to justice. As Hamilton closes in on the two brothers, Hell or High Water works its way towards a very modern take on the showdown.

Against the backdrop of a blue-collar way of life that is disappearing fast, Hell or High Water is a morality tale rendered in shades of grey. The branches targeted by the two brothers are all owned by the bank about to foreclose on the Tanner family farm.

So essentially Toby and Tanner are stealing back what was theirs in the first place. Bridges’ “hero” is anything but. Hamilton is a rude, bigoted dinosaur. Unpleasant? Most certainly, but he’s great to watch. Tired of the constant racial slurs, Hamilton’s long-suffering Native American partner reminds him that he’s half-Mexican. Hamilton replies, “I’m going to get to that when I’m through with the ‘Indian’ insults. But it’s going to take a while.”

Foster is one of cinema’s modern chameleons. He never fails to bring something interesting to the table, regardless of the company, and here he’s in very fine company indeed. Pine is finally given the chance to shake off the vapid (but lucrative) Star Trek baggage and prove that he’s capable of depth and intensity. As for Bridges… well, he’s the Dude. Enough said.

Part of the film’s charm is the way that Sheridan’s screenplay upends some well-worn genre clichés. A cop on the verge of retirement? A risk-taking, dangerously unpredictable criminal? We know what to expect. But Hell or High Water goes to show that nothing is inevitable. Add a Fargo-esque original score by Nick Cave and Warren Ellis for some texture, and the result is a winner.