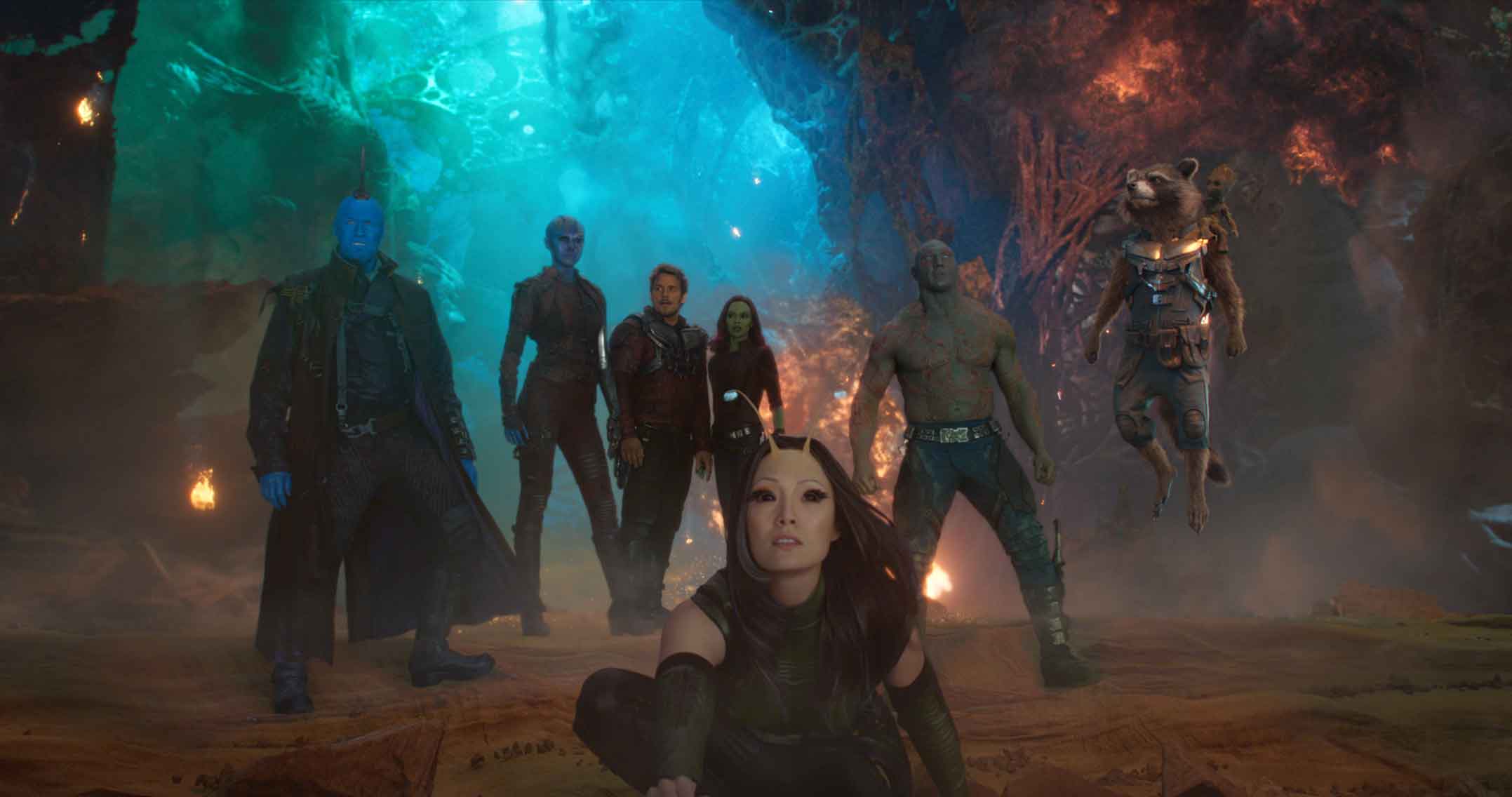 Guardians of the Galaxy must have looked like such a terrible idea on paper that it’s a miracle that it made it to the screen at all. Here was a sci-fi movie dealing with one of Marvel’s third division properties that included a talking raccoon, a walking tree, a topless ex-wrestler and Zoe Saldana painted green. But with little to lose – and no guaranteed audience – Guardians turned out to be a breath of fresh air in an oversaturated genre. It broke the cookie cutter assembly line formula of other superhero movies. It was also one of the highest grossing movies of 2014, making this sequel inevitable.

Here, Russell plays a god called Ego who (Freudian spoiler alert) may or may not be bad. It transpires that Ego is the father of Peter Quill (Chris Pratt), the one-man charm offensive with a passion for All Gold Hits of the 70s. While Quill is sorting out some daddy issues, the Guardians have simultaneously managed to offend an entire race of gold people led by Elisabeth Debicki. But this time it’s not the entire universe that the Guardians have to save, just a small bit of it.

I’ve said this before, but gritty realism should be as welcome in the comic book movie as it is in American wrestling. With most of the other tights-and-capes superhero movies trying to out dark each other, Guardians of the Galaxy was more than happy to embrace the ridiculous. Gunn has turned the inherent, off-the-charts weirdness into a virtue, and the unhinged dementia quotient is still running strong through Guardians Vol. 2. Some memorably spectacular sequences play out against backdrops lifted straight off a Roger Dean prog rock album cover. Stick a soundtrack of ELO and Fleetwood Mac over the top, and Guardians Vol. 2 is a welcome antidote to the typical po-faced nonsense.

While the irresistible sense of fun that distinguished the first movie is still here, Guardians Vol. 2 falls short in other areas. First of all, the element of surprise is gone. This time around the humour comes off as more forced and obvious, but jokes about David Hasselhoff and his “magic boat” and a Microsoft Zune hit the mark, and Guardians Vol. 2 is still funny enough often enough to get away with it. More damaging is the lack of the smaller emotional moments that worked so well before. Guardians Vol. 2 comes off as a lot more surface and no feeling than its predecessor.

Even so, Guardians of the Galaxy Vol. 2 is the comic book movie that it’s okay to like. It’s happy to tread over the same old ground, but fans (of which there are plenty) will love it.

HOW TO TALK TO GIRLS AT PARTIES

X-MEN: DAYS OF FUTURE PAST

GUARDIANS OF THE GALAXY 2 - Screentime.ie