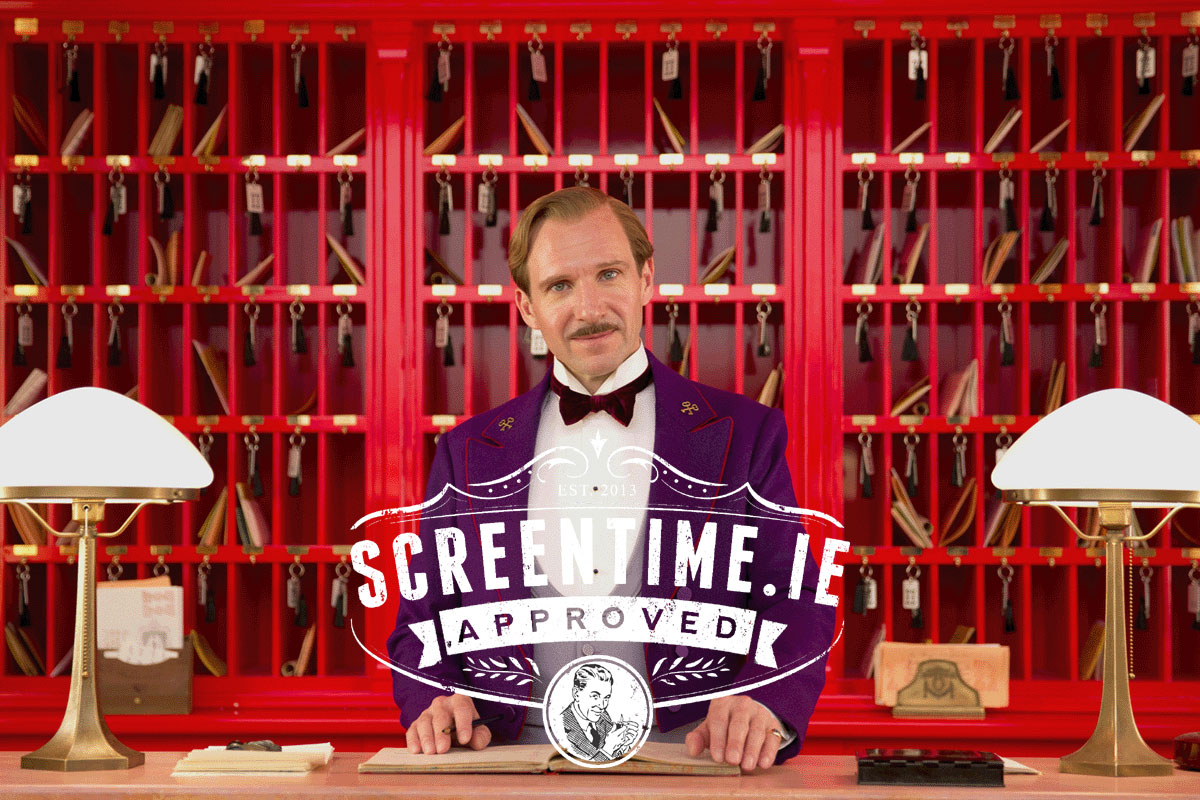 In our cynical world, The Grand Budapest Hotel is a beautiful reminder of what the grand spectacle of film should strive to achieve.

The problem with falling in love is the ever-present possibility of having your heart broken. I was charmed by Wes Anderson’s second feature, Rushmore (1998), but it wasn’t until The Royal Tenenbaums (2001) that I fell in love. And I fell hard. Call me a cynic, but I’ve been waiting for him to disappoint me ever since. I approach each new Anderson release with a sense of euphoric apprehension, hoping for the best but expecting the worst. But putting all pessimism aside, he has never let me down, and The Grand Budapest Hotel makes me want to renew my vows.

Set in the entirely fictional Eastern Bloc Republic of Zubrowka, The Grand Budapest Hotel weaves a narrative arc like a Russian matryoshka doll. This story-within-a-story-within-a-story is bookended with a prologue/epilogue that takes place in 1985, before moving back to Cold War 1968, when the deserted and forlorn Grand Budapest Hotel wasn’t quite so grand. The lion’s share of the narrative takes place during the hotel’s halcyon days of 1932, when the threat of war foreshadows the demise of the Grand Budapest’s old world glamour.

Anderson has a reputation for drawing out unconventionally exceptional performances, and The Grand Budapest Hotel is no exception. Ralph “the ‘L’ is silent” Fiennes cleverly demonstrates a previously hidden aptitude for comedy. M. Gustave. H. is half Terry-Thomas, half Edmund Blackadder, and all cad. As chief concierge, he caters to the needs of the Grand Budapest’s predominantly octogenarian clientele who, like Gustave himself, are “insecure, vain, blonde, superficial and needy.” Immaculate grooming, impeccable manners and the ever-present aroma of “L’Air de Panache” compensates for any burden of ethics. Everyone, from Tilda Swinton’s dowager countess to Harvey Keitel’s shirtless, tattooed convict, is called “darling.” Granted, Gustave is a bit of a cad but his rakish charm is irresistible.

Amongst the multitude of criticisms levelled at Anderson is that his films promote style over emotional depth. While it’s never quite clear from Tony Revolori’s restrained performance as the ambitious lobby boy at the centre of proceedings, what either Gustave or love interest, Agatha (Saoirse Ronan) see in the aptly named “Zero” Moustafa, F. Murray Abraham does imbue the elderly character with a world-weary charm lacking in his younger self.

As we go further down the rabbit hole, Anderson utilises period specific aspect ratios; beginning in widescreen cinemascope 2:35 and 1:85 for the respective 1985 and 1968 sequences, before settling into 1:33 Academy ratio for the bulk of the movie. This device, alongside other nods to period accuracy such as iris wipes, is a charming homage to the heyday of classic Hollywood. Ironically, the restrictive Academy framing gives Anderson a free reign to exercise his idiosyncrasies. The Grand Budapest Hotel is the most immaculately symmetrical movie I have ever seen. If that sounds like an odd compliment, it is just a small example of the immaculate attention to detail that makes the movie such a delight – it’s like Peter Greenaway with a sense of humour.

Anderson doesn’t make movies; he creates hyper-realistic worlds. By sticking valiantly to his guns, he has delivered his most complete movie in a long time. The aesthetic quirks and eccentricities that mark him as such a unique voice in the industry are all present and correct, but The Grand Budapest Hotel adds a genuine warmth and heart to his repertoire. It’s instantly enjoyable and immediately rewarding. In our cynical world, The Grand Budapest Hotel is a beautiful reminder of what the grand spectacle of film should strive to achieve. And I’m still in love.