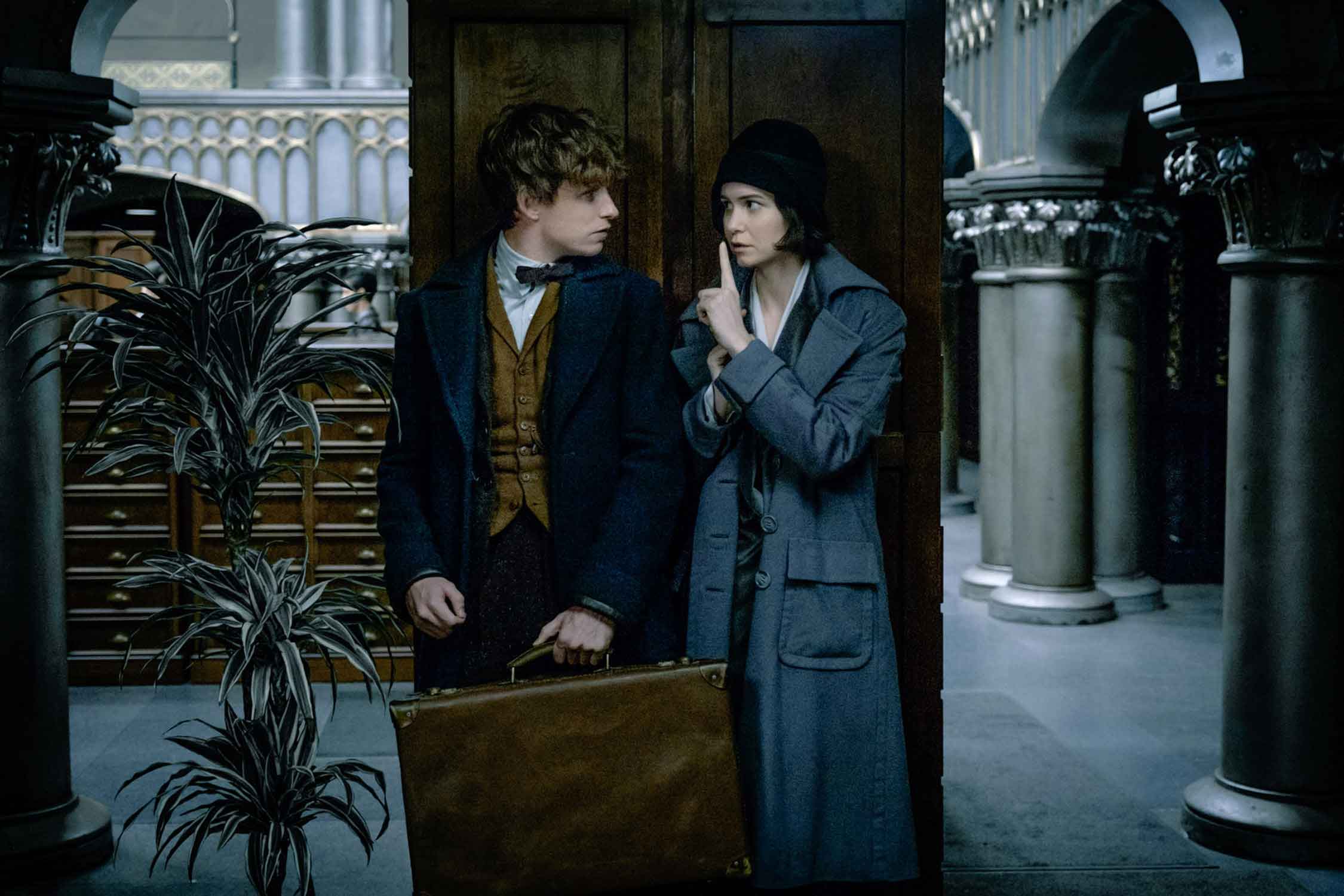 FILM REVIEW - FANTASTIC BEASTS AND WHERE TO FIND THEM

It’s fair to say that the Harry Potter series of films were a full-on, legitimate phenomenon. Before The Force Awakens arrived in 2015, the Potter franchise smashed existing records and outperformed both James Bond and Star Wars at the box office. There’s probably at least one member of the Mascho-Piro tribe in Peru that could tell you the difference between a Mudblud and a Muggle, but it’s entirely possible that someone, somewhere is still untouched by all things Potter. If the Potter train (sorry, Hogwarts Express) left you standing at the station, then no matter, because Fantastic Beasts and Where to Find Them is the perfect hopping on point for the unconverted.

This Potter prequel has an awful lot going for it, not least the first original screenplay from J.K. Rowling. That alone will guarantee a built-in audience, But Fantastic Beasts also benefits from a returning director (David Yates – Harry Potter: Parts 5 through 8, The Legend of Tarzan) and a grown-up cast that can actually act straight off the bat (sorry Daniel). Rowling has reset the clock to 1926 and moved from Hogwarts to New York, where Newt Scamander (Eddie Redmayne) arrives with a magical suitcase filled with mythical creatures. Scamander is a sort of magical conservationist, and has come to America to return one of his fantastic beasts to its natural habitat. Before he gets the chance, Scamander’s suitcase gets the old switcheroo with Jacob Kowalski’s (Dan Fogler) near identical, pastry-filled suitcase. Naturally, Kowalski has a peek inside and inadvertently sets all hell loose. With the help of US Magical Congress do-gooder Tina Goldstein (Katherine Waterson), Scamander runs around New York trying to catch ‘em all.

Chasing down and re-capturing these titular beasties begins to get a little repetitive after a while. These extended sequences are a cross between a Quidditch match (one of the duller elements from the Potter movies) and a non-interactive version of Pokemon Go. I will probably never say this again, but a montage mightn’t have been a bad idea. This is valuable time that could have been spent on developing relationships between some of the characters a little better, or elaborating on the broader, slightly confusing Ministry of Magic story. Though at other times, the special effects amount to nothing more than an actor standing in a hole cut into the floor with a suitcase sitting on top. It’s all rather charming.

Redmayne plays this in one speed, and that speed is upper class Hugh “g-g-gosh” Grant twittery. But Scamander isn’t without a certain charm and Redmayne’s awkward, matter-of-fact delivery is a source of much of the film’s humour. The rest is provided by Fogler’s Kowalski. With a résumé that isn’t exactly glowing, Fantastic Beasts is a real lifeline for Fogler and he certainly makes the most of it. And I can’t say whether Colin Farrell’s character is good or eeeevil, but his hair does give the game away somewhat.

Even if you never drank the Potter Kool-Aid, it was impossible not to appreciate the art direction and care that went into the hands-on set design. Amongst the CG morass of the original run of movies there was an impressive amount of built sets. The hyperrealistic version of 1920s New York constructed here is every bit as impressive as any of the Potter sets. They bring a wonderfully tactile veneer to Fantastic Beasts that no amount of Chroma Key green screen could ever match. This is an aspect of filmmaking that is sadly dying out, but it’s marvellous to see so many practical sets used here.

Warner Bros. didn’t have to go to all this trouble. The studio could have kept this cash cow going with any old guff and fans would still have come out in their droves. So it’s to the credit of all involved that Fantastic Beasts never feels like a cynical cash-in. The film benefits from emancipation from the ginormous extended mythology of the Potterverse. No doubt future instalments (Fantastic Beasts is the first of FIVE films planned up to 2024 – Ye gods) will get wrapped up in increasingly complicated internal logic, but this zips along at a fair pace and manages to feel both familiar and fresh.

So with the odd caveat, Fantastic Beasts is great fun, and a lovely reward for fans that have had to do without their annual festive Potter fix for the last five years. The odd scene of “mild peril” might be a bit much for very young eyes, but it’s hard to imagine anyone not getting a kick out of this. It’s uncynical, warm hearted and very sweet. There’s an undeniable comfort in sitting in a dark cinema in the run up to Christmas, hearing that evocative John Williams leitmotif and watching a bloke with a wand casts some spells .