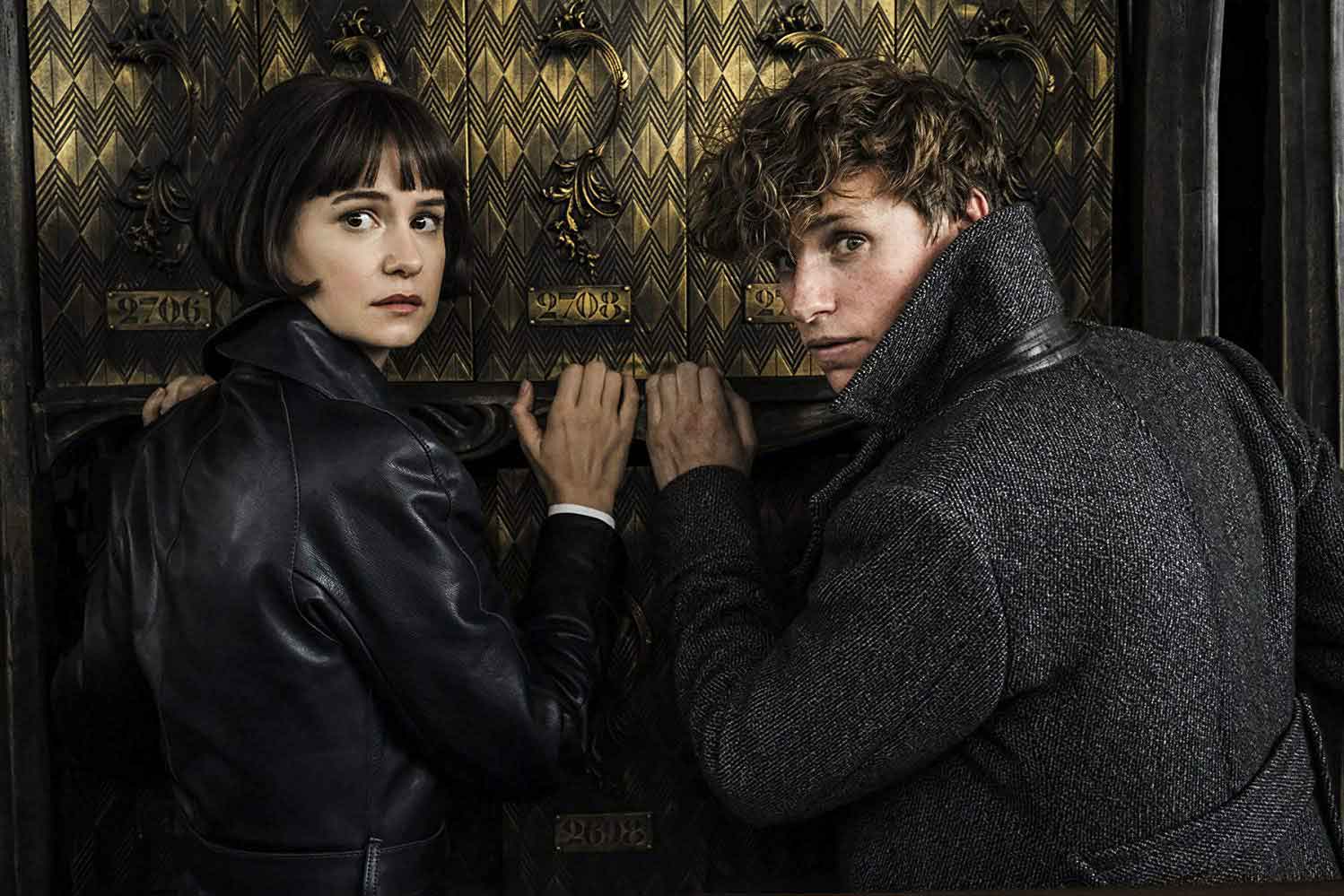 The first movie of a franchise is where all the expositional heavy lifting should be done. By rights this leaves the second instalment with ample opportunity to develop the characters and watch them grow. Nothing of the sort happens in Fantastic Beasts: The Crimes of Grindelwald. It is possibly the oddest tentpole blockbuster you are likely to see.

Set a year after Fantastic Beasts and Where to Find Them, and the dark wizard Gellert Grindelwald (Johnny Depp) escapes from the Ministry of Magic en route from New York back to England. He starts gathering followers and sets about a plan to ethnically cleanse the world of the non-magical population. Albus Dumbledore (Jude Law) enlists the help of Newt Scamander (Eddie Redmayne) to help him thwart Grindelwald’s scheme.

With five movies planned, J.K Rowling has obviously decided that she has buckets of time to waste, with at least three separate characters spending a great deal of time trying to trace their family roots. She does not. Fantastic Beasts 2 feels like a z-list episode of Who Do You Think You Are? With wizards. The ample running time is frittered away with set-up upon set-up upon set-up without any sense of pay-off whatsoever. It makes for a bizarre, frustrating experience. Fantastic Beasts 2 is a movie filled with characters talking about things that might happen or are going to happen. Things that we never actually get to see happen. It is deathly dull and relentlessly boring.

A decision has been made to go darker for number two. In doing so all the sense of charm and fun from the preceding film has been lost. Some odd creative choices have been made here, and a number of returning characters are treated very poorly indeed. This is especially apparent with Alison Sudol’s Queenie, who has suddenly gone mad. Just because.

By the climax alliances have been broken and heartstrings have been tugged but none of it is earned. And the drama comes off as hollow and meaningless.

If Boris Johnson met Redmayne, he’d probably find him a bit on the posh side. Sheer enthusiasm may have carried him through the first movie, but Redmayne’s charm has certainly worn off now. He just wafts through the movie avoiding eye contact, deferring all opportunity to relay key information when presented with ample opportunity, and basically doing everything in his power to not advance the plot. There is an argument to be made that events would play out exactly the same way without the presence of Newt Scamander at all. It’s hard to recall a more ineffectual protagonist than this guy.

Depp seems comfortable to see out the end of his career as a caricature. Looking like a Marilyn Manson roadie, you get the impression that he just rolled up in whatever he was wearing at the time. It remains to be seen if the film-going public’s love for all things Harry Potter surpasses their hate for (alleged) spousal abuse, but it’s a safe bet that the producers regret not just holding on to Colin Farrell when they had the chance.

Whether or not you know the difference between an expecto petronum and a Gingko Biloba, you have to respect the Harry Potter movies for their craft and artistry. Fantastic Beasts 2 is no exception. The staggering effort of the art and costume departments does not go to waste. This is a gorgeous looking movie, but looks only get you so far.

Fantastic Beasts 2 isn’t a terrible movie, just relentlessly tedious. It will be interesting to find out what the hardcore fanbase will make of this because casual viewers will be bored rigid.